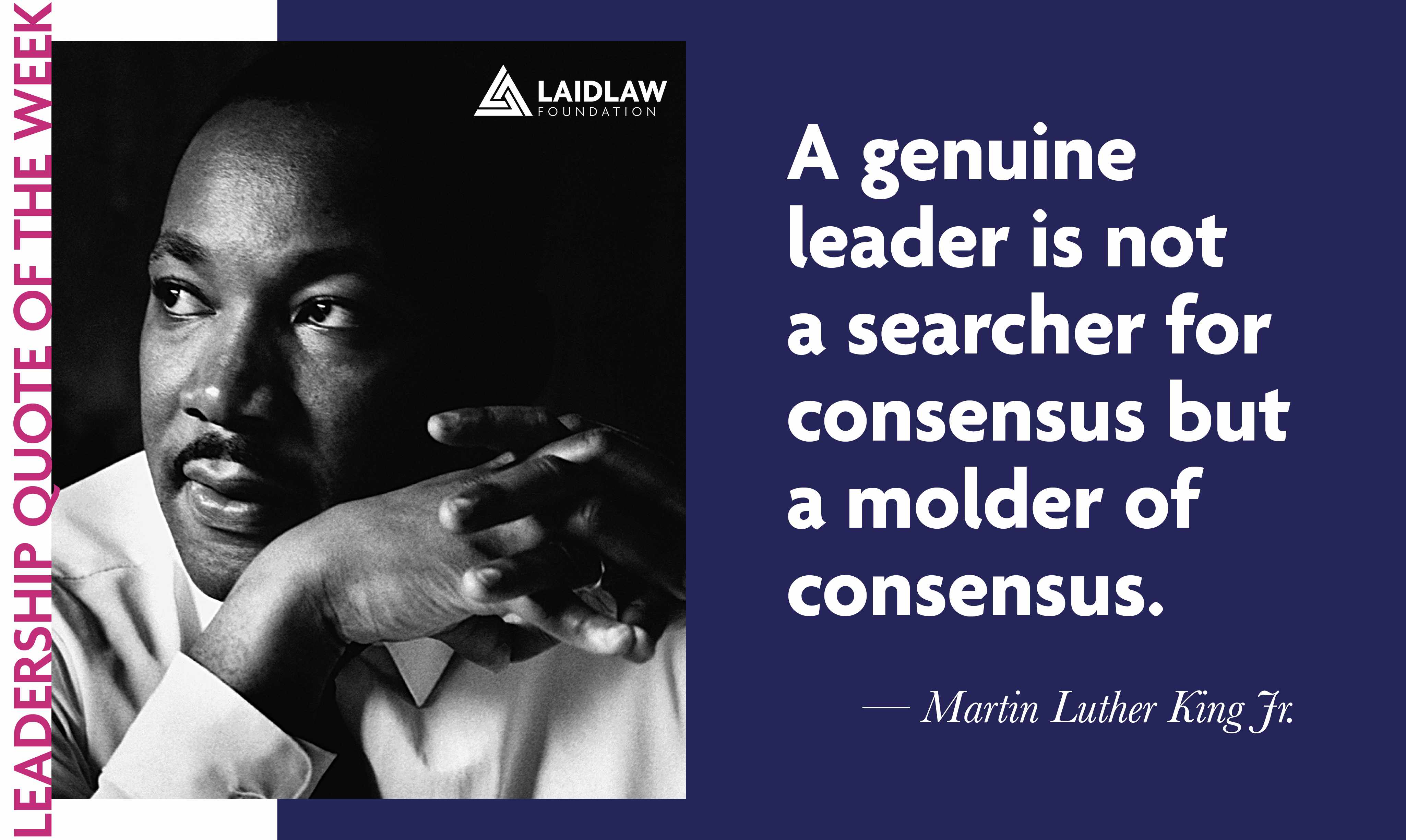 "A genuine leader is not a searcher for consensus but a molder of consensus."

Martin Luther King Jr. (1929-1968) was a Baptist minister and social activist who led the civil rights movement in the U.S. from the mid-1950s until his assassination in 1968. His leadership was fundamental to the movement’s success in ending the legal segregation of African Americans in the South and other parts of the United States.

In 1964, King won the Nobel Peace Prize for combating racial inequality through nonviolent resistance. He was posthumously awarded the Presidential Medal of Freedom and the Congressional Gold Medal. Martin Luther King Jr. Day (January 18) was established as a holiday throughout the United States in 1971. Hundreds of streets in the U.S. have been renamed in his honour, and a county in Washington was rededicated for him. The Martin Luther King Jr. Memorial on the National Mall in Washington, D.C., was dedicated in 2011.