As I sat in the library frantically preparing for the two midterms I had the next day, Columbia University’s President, Lee Bollinger, sent an email to our student body cancelling class for the next two days due to COVID-19. Two days later, midterms forgotten, we received another shocking email from President Bollinger urging us to evacuate. Twenty four hours later, my belongings were in a storage unit and I was on a plane to Michigan. New York became a ghost town, an eerie mirror of the bustling metropolis it once was. I sat hundreds of miles away watching my second home on a screen.

The news began to warn of severe PPE shortages across the nation. Healthcare providers were forced to reuse their disposable masks and gowns, and most essential workers lacked protection altogether. My mother, a rural Michigan physician, began to receive home-sewn face masks from grateful patients as concerns over PPE became more widespread.

That’s when my classmate Kanav Kalucha and I founded Mask Up, an organization that connects crafters with healthcare organizations and other essential businesses so that homemade masks can be directed to the places where they’re needed most. We’ve been able to send masks to people who need them in these dangerous times-- public transit unions, the National Guard, nursing homes, hospitals, and so many more.

We are grateful to have the support of crafters nationwide. At this point, our masks have reached the majority of US states. Our crafters use mask-making as a way to find joy and meaning in this pandemic; their drive impresses me every day. Times like these can leave us feeling helpless, but it is important to remember that we can all play an active role. We can all do what we can.

A shift in the global paradigm as large as this one demands that we adapt. The research I’ve conducted as a Laidlaw Scholar focuses on natural mechanisms of adaptation. When organisms are faced with the worst, together, as a species, they change. Biologically speaking, populations are hard-wired to adapt. It’s in our DNA. In the past few weeks, the world has come together in an unprecedented way. We will adapt together. 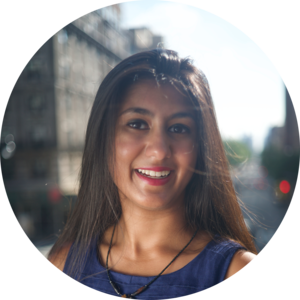