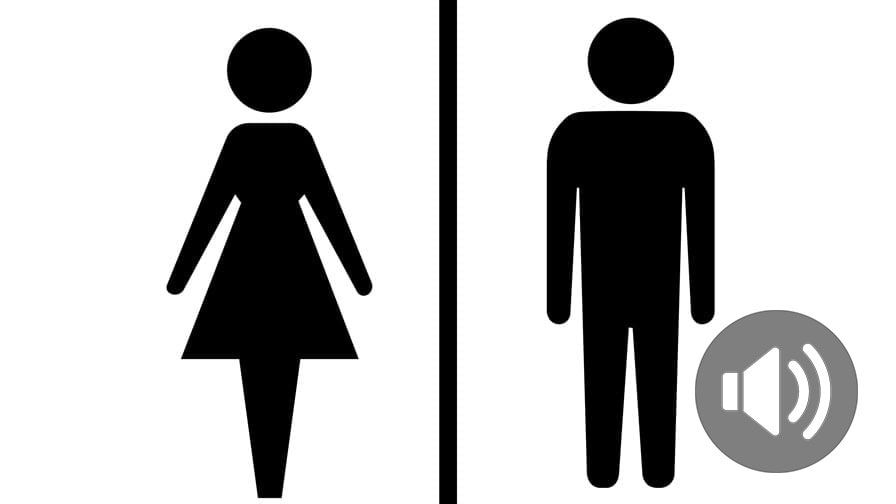 She or he | London Business School

Picture a room full of female and male executives at a business conference. There are six speakers on the stage. Each is about to talk about her or his successes to the assembled crowd of top business women and men. Are you able to visualise the scene? Or do you feel slightly uneasy because the previous two sentences didn’t flow in quite the same way as they normally would?

How we use phrases containing words relating to men and women (and doesn’t that sound so much more, well, normal?) is the subject of intriguing research by Dr Selin Kesebir. She has carried out seven interlinked studies into how people use phrases that join two gendered words such as “his and her”.

“In general, people are not very conscious of the language they’re using,” says Dr Kesebir. “But a body of evidence suggests that how people use gendered words, including personal pronouns, not only expresses their beliefs around gender but also shapes the ways they see the social world and their place in it as a woman or a man.” When people hear these word order choices, they read them as cues indicating the relevance of the people described by them. Word order can both convey and reinforce gender beliefs.

Why does this matter? Because language has the power to alter people’s viewpoints – if we choose our words with care. “By ordering words one way rather than the other, we conjure up a particular mental model in the minds of our audiences – either reinforcing an existing stereotype or slightly puncturing it,” says Dr Kesebir.

"Word order can both convey and reinforce gender beliefs."

Handle with care: words have power

Masculine generics, such as the use of “his” when the person in question isn’t necessarily male, have consistently been shown to evoke mental images of men rather than women, even if they are accompanied by explicit statements that the reference should be understood to include both genders. “These mental images have consequences,” says Dr Kesebir. “In more than one study, women were less likely to pursue a job when it was described in the masculine generic as opposed to gender-neutral language.”

This is why the feminists of the 1970s insisted on a wholesale change from the generic pronoun “his” to a more inclusive “his or her”. Dr Kesebir says: “People realised that there are consequences, so we should be more careful about how we use language.” But her research suggests the latter is still not a perfect solution, because the female is cast in a position secondary to the male. Most conjoined phrases are male-first – “kings and queens”, “prince and princess”, “actors and actresses”.

The male-first convention goes back to an era when men were universally considered to be more important than women. Dr Kesebir refers to The Arte of Rhetorique, a definitive guide and literary hit published by an English man called Thomas Wilson in 1553. “He was very clear about the correct way of ordering words: ‘The worthier is preferred and set before… let us keep a natural order and set the man before the woman for manners’ sake’.”

Nowadays, the prescription to put the man first in written communications is gone, but male-first phrases are still common partly because people have a strong tendency to repeat pre-existing dominant patterns in language. Long-held habits are hard to break. Dr Kesebir calls it inertia – a pattern of speech gains its own momentum and after being used commonly for decades, even centuries, it becomes hard to reverse.

What Dr Kesebir’s research also implies is that should you choose to flip a convention on its head, you might be able to reshape expectations and your audience’s perception of who might be more relevant in a given context.

"We should be more careful about how we use language."

Who are you looking at?

Look at one of Dr Kesebir’s studies in close-up. It involves 647 participants she recruited through Amazon’s Mechanical Turk, an online work marketplace where people post HITs, or Human Intelligence Tasks, and people seeking work volunteer to complete them. These people were shown one of two pictures and asked to describe in one or two sentences what they saw.

One picture (below/right/left) showed a woman and a man in an office setting, complete with suit jackets, computer and business-type books. The second picture was created from the first in Photoshop, by pasting the heads of the woman and man from the first picture onto another picture: this time, they were depicted in a primary-school classroom. It was otherwise identical. A statistical analysis of the results found that where people’s descriptions included conjoined phrases (for instance: “A man and a woman are having a meeting in an office”), they followed a strong pattern.

In the office setting, 92.4% of conjoined phrases in participants’ responses positioned the man before the woman. In the classroom setting (a stereotypically female context), 85.7% of the conjoined phrases placed the man first. In other words, female-first conjoined phrases were almost twice as likely to be produced when describing the same two people in a classroom (14.3%) than when they were pictured in an office (7.6%).

In addition, as Dr Kesebir predicted, people showed a strong tendency to reproduce the prevalent word order - “man and woman”. She was surprised by how many people still used the male-first pairing, even when describing the primary school classroom. “It was above my expectations. This made it very clear to me that two different forces are at play here: the pull toward repeating prevalent patterns and another, weaker force, which is the tendency to mention first the presumably more relevant party in the context.”

“What this study shows is that the order of the two genders in a conjoined phrase has communicational consequences,” says Dr Kesebir. “When the woman was mentioned before the man in a business context, participants constructed an imaginary world in which the woman was more central and received more attention. These findings provide further evidence that the order of conjoined words is perceived to indicate relevance.”

Mums and dads: another story

When Dr Kesebir started researching in this area she was struck by the fact that there were some contexts (home and family) when the order of the male and female words in conjoined phrases followed the opposite pattern. So she analysed a vast body of news articles using the Factiva media database, which includes 35,000 written news sources. She searched for word pairs joined by “and”. Dr Kesebir discovered that the average male-first ratio for word pairs relating to family was 43% whereas for non-kinship pairs it was 89.5%.

“I immediately noticed there’s a difference between family-related and non-family-related phrases,” says Dr Kesebir. “Consistent with the idea that people put the presumably more relevant party first, women are more likely to be placed first in the family domain, where they are seen as more central. Mothers, in particular, are perceived to be more central in caretaking than fathers. In this instance, it’s fathers who are suffering from cognitive exclusion – being assigned a more marginal role through language.”

Interestingly, it’s becoming less common to see parents addressed as “fathers and mothers”. Dr Kesebir says: “My best guess is the changes we are seeing right now is because people see the mother as the more relevant party in the family context and they are no longer constrained by the outdated norm that men have to be placed first always.”

She insists: “The words make a difference. The use of language conveys how much you belong in a particular context.” In the 21st century, where women belong as much in the workplace as at the kitchen sink, and where many men are as happy to be seen pushing a pram as carrying a briefcase, will what we say about ourselves eventually catch up with what we do?

London Business School
Follow
London Business School (LBS) was established in 1964 to improve management abilities by ‘equipping men and women to take decisions more quickly, more confidently, and with a better chance of proving right in the unpredictable conditions of business life.’ Our commitment to women is embedded within our foundation. Over the last 55 years it has become a central part of our identity, and it is now more important than ever.

A Lack of Sponsorship is Keeping Women from Advancing into Leadership 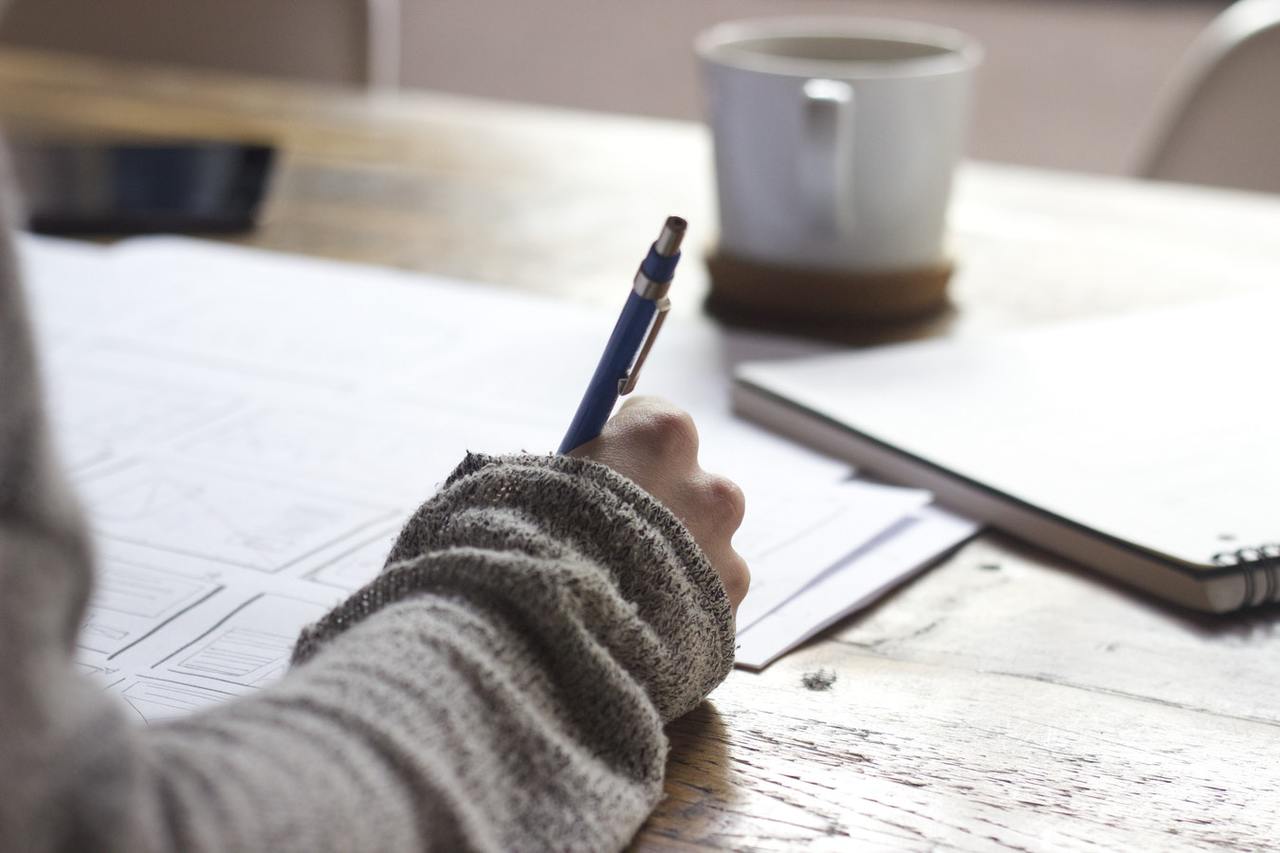