The Ethics of Engagement

As researchers and as leaders, we have the responsibility/opportunity/assignment of narrating the processes and concepts of our world. In our work of knowledge production, we are advancing one story to the forefront and pushing another to the background. As we synthesize past information and create new knowledge, we recognize the positionality in any source we use and must think critically to separate and identify the ‘truth.’ To think critically is both the cornerstone of research and of leadership. A researcher must never take anything for granted and must always be cognizant of the impacts of her/his additions to the literature. Leadership necessitates perception and persuasion. A leader must scrutinize the nature of her/his followers and the nature of the task to inspire a new solution.

My Laidlaw experience this summer, building off my research from last year and inspired by current events in the United States, has reminded me of the importance of the narratives we read and the narratives we forward as researcher-leaders. My research focuses on the narratives of civil war. Specifically, I am comparing the way ancient Romans and Americans communicate their civil wars. How do we tell the stories of civil war? Who is telling these stories? By what process does the political deployment of the label ‘civil war’ delegitimize/isolate/unify citizens, soldiers, and enemies?

Returning to my initial sentences: Should we tell these stories? To many, the traumatic idea of civil war renders it a taboo subject – better forgotten. To others, the horrors of civil war are an atrocious but defining characteristic of the nation -- its history should serve as a lesson to future democracies. 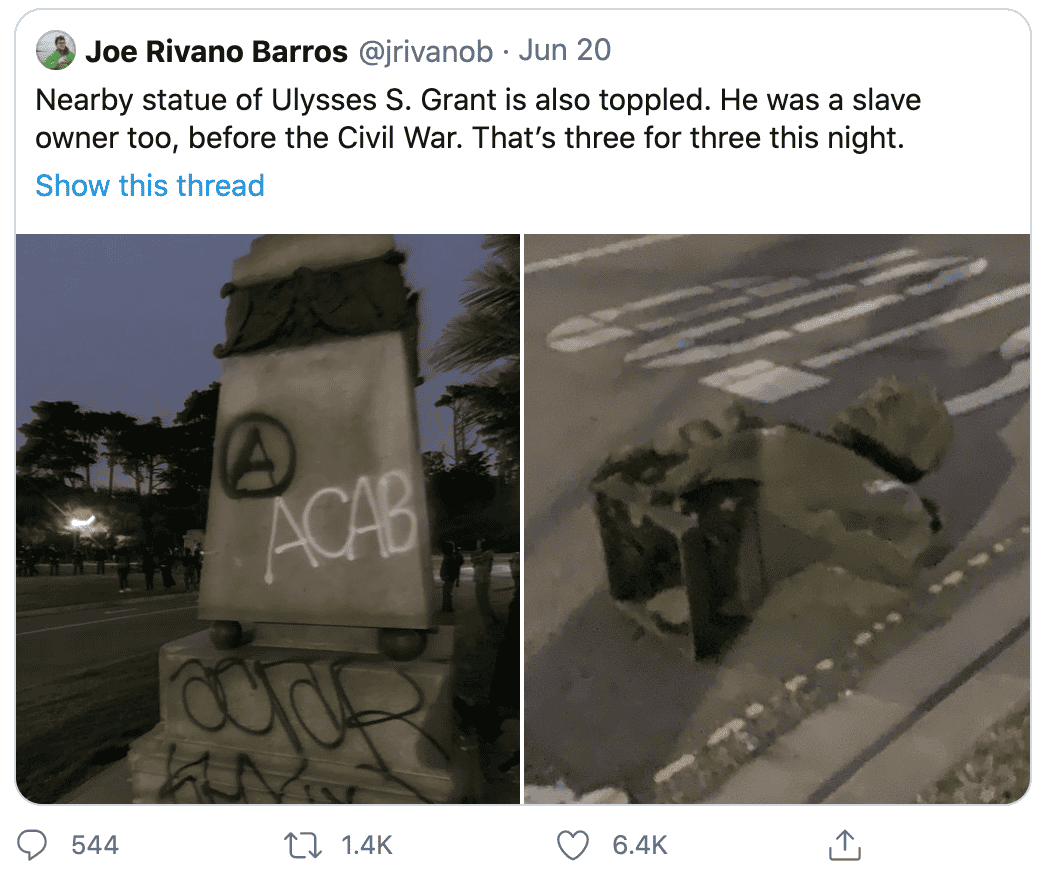 More than ever, the subject of civil war and how it is represented necessitate independent and critical thought. As fierce debates arise regarding the removal of historical representations of the American Civil War, I am inclined in the spirit of intertextuality to recall the Roman debates on narrating civil war. With all of the traumas, paradoxes, and lessons intertwined with civil warfare, Roman historians and poets contemplated whether the gruesome truth of the civil war should be told to readers or if the public should be protected from it.

Valerius Maximus in Memorable Deeds and Sayings writes “To avoid having to touch upon the detestable memory of the civil wars by looking at too many home-grown examples of this sort, I will confine myself to just two Roman examples which reflect well on some very illustrious families without evoking public sorrow” (V. Max. 3.3.2). In Lucan’s The Civil War, the speaker refrains from telling readers the final moments of the battle of Pharsalia: “Here, Caesar, was thy crime: and here shall stay / My Muse repelled: no poesy of mine / Shall tell the horrors of the final strife, / Nor for the coming ages paint the deeds / Which civil war permits. Be all obscured / in deepest darkness! / Spare the useless tear / And vain lament, and let the deeds that fell / In that last fight of Rome remain unsung” (Lucan, The Civil War, VII.549-446).

However, the narrator of Valerius Flaccus’ epic poem, Argonautica, grieves at his duty to bring the story of civil war to light: “Where do I begin describing so many forms of crimes, so many fates of the slain? O! Upon what monstra does the sequence of the story cast the poet! What a chain of events reveals itself! O it stops me short as I sing real events, and with this specter it undoes my nights!” (Valerius Flaccus, Argonautica, 2.216–19). He acknowledges the awfulness and tells the tale anyway.

We must also keep in mind that this debate, whether to expose and immortalize the shared horrors of civil war, is the by-product of another narration – who defined that war as one of civil strife? What power labeled the battle as civil and not as revolution? This distinction invokes different rules and different reactions. We can take nothing for granted. As researcher-leaders, we must engage in critical and independent thought to explore the genealogy of the processes we seek to clarify, to know the narrative histories of the knowledge we will bring to the forefront. We are separate from the herd, and we have the power to choose to inform the public on our experiences or to censor them from history. The choice is ours.

I would like to thank my supervisors, Dr. Alice König and Dr. Nicolas Wiater, for their unwavering support, encouragement, and ideas. I would further like to thank Lord Laidlaw for providing all of us the opportunity to develop as researcher-leaders and to take action to produce influential knowledge. Finally, I am grateful to the Laidlaw leadership team at St. Andrews for their essential role in my personal development. 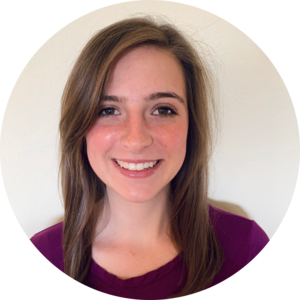 I am a fourth year pursuing a Bachelor of Arts with International Honours in Economics through a joint degree programme integrating The College of William and Mary with The University of St. Andrews. I have studied both International Relations and Economics in depth from an American and British perspective, and have benefitted from each university's respective areas of expertise. My research within Laidlaw has been conducted in the Classics department, which gives testament to my appreciation for interdisciplinary research.
Follow

I really enjoyed this! I'm also working on monuments and have come across many of the same questions. I love how you're working on a project 'outside' of your degree! 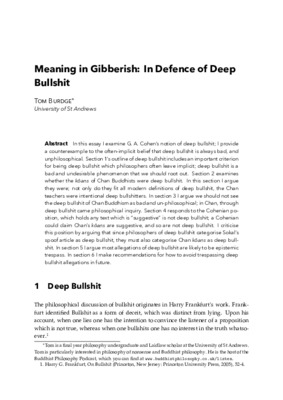 Meaning in Gibberish: In Defence of Deep Bullshit

+1
Tom Burdge and 1 other
Laidlaw Scholars Network
We use cookies to help improve your experience. By continuing to browse our website you are consenting to our use of cookies.
Learn more