The curious case of curves

In my blog a year ago I talked about my experience getting to grips with research and I related some of the discoveries I had made about the ideas behind curve plotting from James D. Forbes’ (professor of Natural Philosophy in Edinburgh 1833 – 1860) manuscripts. Picking up my work this year has amused me no end. I can look back and gawk at my naivete. To stride feels better than shuffling.

In my research this year I’m attempting to expand upon my previous work. While previously I honed in on a particular person’s work to see when and how their view of curves changed, this year I’m trying to understand how views changed across the Scientific community in Scotland and the UK more generally. I’m looking for networks of people who used curves and whether they were influenced by other important changes going on around them – such as the practices of engineers and whether the invention of certain recording instruments or squared paper impacted their views of experimental curves. Inspired by a note in Forbes’ papers I also want to find out more about who was teaching curves, to whom and how much those students then went on to avail themselves of the skill. A further question I’m interested in is whether people were cognisant of a difference between heuristic and experimental curves, if so why that might be and (as some of my findings have hinted at) whether views of heuristic versus experimental graphs differed between countries.

The note in Forbes’ manuscript regarding teaching curves was stark. He didn’t write any major textbooks and I didn’t find any such mention of the technique in his lecture notes to which the note was attached. I have to give a big thanks to my supervisor Isobel who transcribed it for me. It appears to be a list of suggestions as to how to start examining your observations once you’ve recorded them. If you have one quantity as a function of another you should try “projection by squared paper” which is a way of saying that you should plot a curve. Next written is “method of least squares” and “Graphical interpolation” (Forbes’ preferred name for drawing an experimental curve). So if Forbes was teaching his pupils the technique then the obvious question is: how much attention were they paying? Worth checking out.

The cultural difference surrounding experimental curves and theoretical curves is well exemplified by Jean-Baptisite Biot. While he is not very relevant to my research I came across his work and got excited. Biot was a Mathematician and Physicist who had contributed to results in geometry amongst other topics. His papers are full of mathematical curves, so he most certainly had the technical knowledge to use experimental ones. I only have limited access to his manuscripts since I can only see what’s online so this is not a rigorous claim – however as far as I could find he never used or mentioned experimental curves nor have I seen his name mentioned in any secondary literature on the subject. Today this may seem strange since it’s easy to think that the step from theory to practice of curves would be simple. It’s a good example of how limited our ability to embrace original ways of thinking really is. Something that makes this project disconcerting and salient today.

To find out more about the networks of people and regional differences in developing ideas behind experimental curve plotting I have been conducting a comparison between papers from the Philosophical Transactions of the Royal Societies of London and Edinburgh from 1831 to 1840.

Example of a curve on the topic of tides. From the Philosophical Transactions of the Royal Society, https://royalsocietypublishing.org/doi/pdf/10.1098/rstl.1836.0019

This time period has been identified as an important era for this culture change and has already thrown up some interesting findings. The investigations scientists were conducting happened to particularly favour the use of graphs (research on the tides or on daily pressure variations) and they often needed engineers or other non-scientists to collect the data for them and it appears that they favoured presenting their findings using curves. It looks like the convention rubbed off on them. A machine invented by an engineer would automatically record the tide’s effect on the Thames by drawing a curve onto a roll of paper and this could also have influenced the opinions of the scientists doing this sort of research.

Exciting progress. I hope to write an article about all that I have discovered over this summer. This project is full of character and depth – I want to give a huge thanks again to my supervisor Isobel Falconer for the suggestion of the topic and her lucid, incisive guidance throughout. 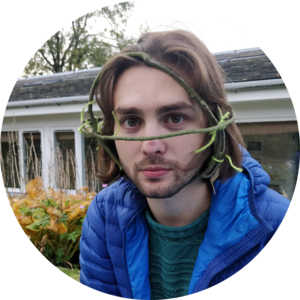