Research reflection on when everything seems to be going wrong

As I write this post, I am in the middle of the last week of the allotted six-week period for my summer research project, and the thoughts in my mind are both of relief and a distinct sense that I still have a lot left to do. When I first got picked to be a part of the Laidlaw scholarship, I had no idea how difficult it would actually be, and how much I would have to rely on myself to keep sane.

My project aims to establish what type of note taking strategies are most effective at ensuring good module performance in university students engaging in online and blended learning. In order to achieve this, I planned to survey students in Brazil and in the United Kingdom on their study habits and grades, which meant that I needed ethical approval in order to be able to send out my survey and gather the necessary data.

To say that my project did not start off on the best foot is an understatement. Despite having applied for ethical approval in the beginning of March, I was only granted permission to send out my survey a couple of weeks ago, which made the first few weeks of the summer some of the most stressful. It is a strange feeling, that of being responsible for something yet having no control over it for such a long period of time. I think this experience taught me a lot about myself and how I act in less-than-ideal situations. I noticed myself wanting someone to tell me what to do during those weeks, and was often challenged with the reality that I was the only leader I had to turn to. I often felt powerless and anxious about the uncertainty surrounding my project, which made me doubtful of my abilities as a leader.

After I was finally granted ethical approval, the problems did not stop. As the first few responses started coming in, I noticed multiple glitches in the survey that, had I not fixed when I did, would have caused a lot of issues in my data. Thankfully, with the help of my supervisor I was able to resolve the issues without missing too many responses. This situation showed me a different way that I can act in a crisis: rather than feeling stuck, I was extremely active in fixing this issue and did so without working myself up too much. I would like to embrace this side of myself more often going forward, as I believe this is a much more useful reaction for a leader to have in adverse situations. In this sense, I am thankful for this hardship as it helped me regain confidence in my abilities as a leader.

As for the future, I am nowhere near done with my project. Given how late I was able to start gathering data I have made the decision to keep the survey open for longer so that I can have enough data to conduct meaningful analyses on. I plan to spend the coming weeks learning how to use a new statistics software as well as continuing with my never-ending literature review. Despite everything, I am happy to say that I am proud of the way I handled the hardships I encountered this summer. I believe that I grew a lot as a leader and as a person, and I’m now a lot more comfortable when things go wrong. I hope to improve even more in this area during the rest of the scholarship program. 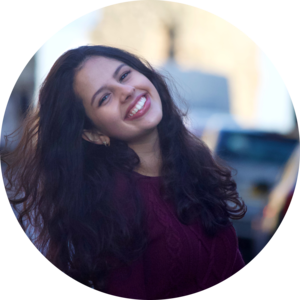 Hi I'm Ana, I'm a Psychology student at the University of St Andrews! My project is focused on assessing how synchronous and asynchronous teaching styles for online lectures affect student performance in Brazil and in the UK. I am happy to chat to anyone who has experience in psychology and in research in similar areas as mine!

Thanks for sharing your challenges - and how you are overcoming them.