The collapse of the East African community remains an important, albeit neglected, part of modern African history. This research proposal aims to elucidate the causes of this collapse and what lasting effects it has had on the international relations of the involved countries.

‘What were the main political and economic causes of the collapse of the East African Community in 1977, and how did this collapse affect the relationships between Uganda, Kenya, and Tanzania?'

Formed between three East African nations in 1967, the East African Community attempted to strengthen the economic ties between Uganda, Kenya, and Tanzania through a common market and collaboration over public services. Although seemingly beneficial for its constituent states, by 1977 the EAC had collapsed ending decades of collaboration that had existed even prior to the nations gaining their independence. This research project will address the collapse of the EAC, what caused the collapse, why the EAC collapsed when it did, and how the collapse was reported on by the countries involved.

The aim of this project is to gain a better understanding of the conditions which existed in the EAC member states prior to its collapse and how these conditions contributed to its collapse.  This will involve events such as the political crisis in Uganda caused by the breakdown of Idi Amin's rule triggered by the split in the military. There will also be a study of the causes leading to unrest between Kenya and Tanzania and why they came to a head in the mid to late ’70s, with the main issue being the conflict between the African socialism of Tanzania and the capitalism of Kenya1.

The current historical understanding of the collapse is rather lacking and places the blame upon the influence of Idi Amin within the EAC2, the conflicting economic interests between Kenya and Tanzania, and Kenya attempting to gain more power within the EAC due to its perceived importance over the other two members within the community. This understanding does not, however, provide much insight into why the collapse occurred when it did, with Idi Amin having been in power for 6 years prior to the collapse, and the economic conflict of interests between Kenya and Tanzania that had existed since independence. The effect of the collapse on the relationship between the three nations is even more lacking, mainly due to the collapse of the EAC occurring mere months prior to the Ugandan invasion of Tanzania. A focus upon the ways in which the collapse was reported is important as some of that media was state-controlled. Hence, this research offers a window onto the thoughts and arguments of national elites as they sought to justify and explain events to their public, and to an international audience. While radio was almost universally state-controlled, newspapers could often be more independently led, especially in Kenya. Research into these examples of non-governmental reporting will serve to create a more holistic, critical perspective of the events as they unfolded, as well as multiple insights into the opinions (and opinion-influencing efforts) of the educated Anglophones who dominated public life. This research would also provide an insight into how the collapse was perceived by the nations themselves; was it lamented or celebrated?

Beyond desk work based in Durham, the methodology for this project would include research in the UK National Archives to find international perspectives in regards to the collapse of the EAC and transcripts of radio reports, as well as a look into the African Newspaper section fo the British Library. As newspaper work is time-consuming, a sampling strategy will be devised to ensure effective use of time. It would also include organising interviews with available people from East Africa who were involved at the time to learn the perspectives of those directly concerned from the different nations. On top of this, there would be correspondence with Dr. Christopher Vaughan who is currently researching the question of regional unity in East Africa in the ’60s and ’70s, a topic very directly relevant to this research project. From this correspondence, it will be seen how this research project could be both developed with historical research techniques and be beneficial to Dr. Vaughan. The decision to focus upon media reporting was specifically taken after said correspondence. This focus was chosen as it would allow the project to fit within and benefit Dr. Vaughan's own research.

This project would serve to provide not only a deeper insight into an area of history seemingly neglected by much of academia but also an insight into the basis of contemporary politics and international relations among some of the most powerful players within Africa. 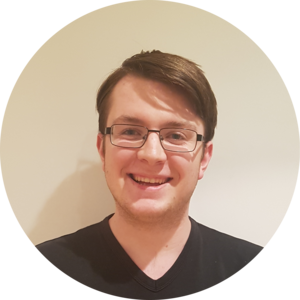