My project involves investigating the treatment of women (particularly those of ethnic minority backgrounds) in Irish maternity hospitals.

The aim of this project is to examine the various experiences of ethnic minority women before, during and after a birth experience in Ireland; as well as investigating different attitudes of healthcare practitioners towards these women. There is indicative evidence from research in the UK (see Anekwe 2020, Jomeen and Redshaw 2012) of differential treatment towards women of ethnic backgrounds throughout their maternity care. This project examines to what extent this is also true for Ireland.

According to the NHS, Black, Asian and Minority Ethnic (BAME) women in the UK are at increased risk during the coronavirus crisis, as 55% of pregnant women admitted to hospital with COVID-19 are from BAME backgrounds, although they only make up 25% of births in England and Wales. Asian women are four times more likely than white women to be admitted to hospital with COVID-19 and black women are eight times more likely (Knight et al. 2020).

This disparity in the level of infection is not a surprise as several studies have been carried out in the UK into the experiences of BAME women regarding pregnancy and post-natal periods (e.g. McLeish and Redshaw 2019, Henderson et al. 2013). Results have indicated that women of ethnic backgrounds have been subjected to prejudice and stereotyping, and in general have poorer pregnancy outcomes compared to their white counterparts (Jomeen and Redshaw 2012). For instance, black women (five times more likely) and Asian women (two times more likely) are more likely to die from childbirth (Knight et al. 2019).

In Ireland, there has been scarce research into the issues ethnic women face in their peri, pre, ante and postnatal periods (Tobin et al. 2014). Although, statistically in Ireland, migrant women account for 40% of maternal deaths, only 8.4% of total births are registered to women of nationalities other than Ireland, UK and the EU (Central Statistics Office 2019).

Tobin et al. (2014) investigated the experiences that asylum-seeking women face during their maternity period in Ireland. Their findings include communication and language barriers, the lack of childbirth education and of antenatal care. However, the experiences of asylum seeking women are unique and not indicative of the experience of all ethnic women who are resident in Ireland. Two further studies examined the experiences of maternity service providers when caring for ethnic minority women in Ireland (Lyons et al. 2008, Tobin and Lawless 2014). Taking a patient-centered approach is essential in really understanding the dynamic between ethnic minority women and healthcare providers.

What are the experiences of ethnic minority women throughout their pregnancy and immediately after in Irish maternity hospitals?

The study is designed as an exploratory mixed-method case study of ethnic minority women in Irish maternity hospitals.

The sample will include 50 ethnic minority women who had a baby in Ireland in the last 5 years (as they are still able to remember their experiences in detail) and who are over the age of 18. These include: African, Any other Black background, Chinese, Any other Asian background and Other (including mixed background). These group categories are taken from the ethnicity question in the Irish census. The sample will be balanced regarding those who gave birth in public versus private hospitals.

Data will first be collected using online questionnaires. The questionnaire will form a baseline and include demographic data, and questions to collect information on the women’s experiences such as level of care delivered, different attitudes of healthcare professionals (midwives and doctors), and the effects that the differential care (if any) had on participants. The participants will be recruited via different online forums where they are able to follow a direct link that will lead them to the questionnaire.

The questionnaire will be followed by 10 semi-structured interviews, selected from the respondents who indicated they are willing to take part in an interview. Given the Covid-19 pandemic, these interviews will be conducted via Zoom or FaceTime. The interviews will be audio recorded to facilitate transcription and data analysis. Topics covered in the interview will include how they felt about the maternity professionals, and if they felt in control of their maternity experience, if they felt marginalised.

The names of all participants and hospitals will be kept anonymous through the use of pseudonyms. All participants will be asked to give informed consent and participation is entirely voluntary. The study will follow the ethical guidelines at Trinity College Dublin (in the Department of Sociology where my supervisor is located).

This project explores the extent to which ethnic minority women experience any differential treatment throughout their maternity care in Irish hospitals.

This is a novel research topic in Ireland that could impact the way in which healthcare providers in various hospitals interact with women of minority backgrounds. It could also impact the ways in which diversity and inclusion is carried out in these hospitals, as the differential treatment could be as a result of implicit biases.

With the number of ethnic minority women increasing, it is important that they feel heard and treated as equal. This research can open up channels of conversation around health inequalities, and also help us see if there is evidence to suggest that the care given to women from ethnic minority backgrounds is substandard. 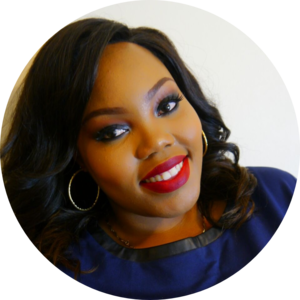 Hi, I'm Maseng- A 3rd year Medical student in Trinity College Dublin, with a particular interest in Reproductive and Women's health. I have a previous undergraduate degree in Physiology, a masters degree in Biomedical Diagnostics and 4 years experience in the pharmaceutical industry.

Outside of my academics, I enjoy spending quality time with my family, reading, listening to music and going for long drives.

My research project for the summer is an exploratory study into  differential treatment towards ethnic minority pregnant women and new mothers in Irish Maternity Hospitals.