Reflecting on the lives and legacies of German POWs

By reaching out to descendants of German POWs held at Raikeswood Camp in Skipton, Yorkshire, I have connected families with their past and created humanised accounts of the individual lives of the POWs. In the process, I have gained an insight into a refreshing new way of "doing history."

I have to admit that even as a History student I was completely oblivious to the existence of POW camps in Britain in the First World War. Thought the First World War receives a great deal of historical study (especially in light of the recent centenary), the darker side of British involvement–which complicates the gallant British victory narrative–is severely overlooked. Indeed, as I found out in the research process, even the direct descendants of the German POWs interned at Skipton (whom I tracked down on Ancestry) often had no idea that their relatives were held here. By sharing tucked-away Red Cross records with the descendants–records that detailed the capture and personal information of the POWs–the families discovered a personal and visceral snapshot of events in the First World War.

By acting as a sort of go-between, I connected the descendants with their POW ancestors. For instance, the great-niece of one POW, Friedrich Eppensteiner, whose family had lived in the US since the 19th century, and had a plethora of hand-written letters, postcards and photos by Eppensteiner, including a letter Eppensteiner wrote home whilst interned at Raikeswood Camp. These hand-written letters were written in German which I transcribed and translated, both to further the historical understanding of Raikeswood Camp and its POWs, but crucially to remove the language barrier for the English-speaking descendant and connect her with her past. In this deeply personal source analysis, we get a real sense of the character of historical subjects, the types of relationships they had with people and the kind of person they were.

We often think of historical evidence as rather elite and grandiose, held in archives and libraries. However, the sources Eppensteiner's great-niece was able to provide me with highlights how many fascinating sources are hiding in plain sight, in family attics and garages–the challenge for historians is locating them.

However, working intimately with relatives of the POWs came with its own challenges. For instance, we learnt from other research, particularly using a local German archive, that Eppensteiner, a well-loved secondary school teacher, went on to join the National Socialist Teachers' Union during the Third Reich. Although it took a great deal of historical gymnastics to determine the significance of this–the denazification processes concluded that he was "not incriminated by his actions", indeed the vast majority of teachers were forced to join the union to keep their pensions and insurance–for his great-niece, the suggestion that a  relative was at all involved with the Nazis, was understandably, deeply uncomfortable. Though we were fortunate in this case that Eppensteiner was not a Nazi, had the outcome had been different, I would have been put in a difficult situation, attempting to uphold historical integrity by conforming to the facts, whilst also maintaining a good relationship with the descendant, an important stakeholder and the keeper of our sources.

A final outcome of this research has been the public engagement with the POW camp. Not only has this project done a great deal to get Skipton, a small town in North Yorkshire, on the map, we have specifically focused on local engagement with the camp. For instance, last Summer I wrote a series of articles for their local newspaper, the Craven Herald, profiling individual POWs, corroborated by their descendants. Moreover, we shall be undertaking workshops in local primary schools and trips to the site of the camp to enrich children's understandings of Britain's role in the First World War. As for the descendants themselves, the project has given way to an international network of descendants. At the recent virtual book launch for the English translation of an account smuggled out of the camp (the foundation of the project), descendants were brought together from all over the world, united by a mutual family legacy.

Thanks to my supervisor Anne Buckley. 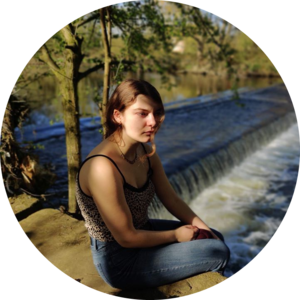 I'm studying for a History BA at the University of Leeds. I'm interested in exploring how people lived, what they believed in and where their views came from.