The first time I heard the term ‘first generation’ student was via Durham Sociology department’s invitation to join the network. And it changed my view of my whole educational journey up until that point. Through Google and the Zoom meetings, I learned that students who were the first in their family to attend university were more likely to drop out of university, less likely to attend elite institutions like Russell Group universities and more likely to perform worse than their peers whose parents were graduates. Sociologists and educational bodies such as UCAS who have explored this phenomenon generally explain this in terms of these students feeling less at home in institutions like universities, due to lack of cultural and social capital which can make students whose parents attended university feel more ‘at home’ when they attend themselves. I learned that working-class children often start schooling aged five already behind their middle-class peers.

Just to zip back to my own educational background: I grew up in a council estate in a deprived area in the north-east, I attended a comprehensive school that was put into ‘special measures’ the year I got my GCSEs, I received free school meals, no one in my immediate family had attended university or even received GCSE-level achievements. All this meant to me, before finding out about the struggles ‘first generation’ students face at university, though, was that I got a large grant and I got a scholarship from my university because of my postcode.

Finding out that the reason I dropped out of university the first time I tried to attend aged 18 because I couldn’t find the support I needed to feel ‘at home’ there was lifechanging. I didn’t even realise I needed support! I thought the reason everyone in classes was much more articulate than me was because they were just more intelligent, not that they had a different (better) education. Despite my scholarship, I couldn’t afford a proper laptop, and had to sit up typing in the 24/7 university library on a computer to do my assignments. I muddled through getting average grades, thinking that I was struggling because of my own personal failures, until I dropped out.

It wasn’t until I came to Durham and learned about the sociology of educational inequality that I understood what had happened to me in a different light. I thought back to asking my parents for help with homework and being told they had no idea what it was about, the massively underfunded comprehensive school I attended, and it all made sense.

When I found out about the Laidlaw Scholarship and I began thinking about what areas I would like to research for my 6-week summer project, I decided I would look at students like me. Students who may have felt the same way I did back when I started my first degree. 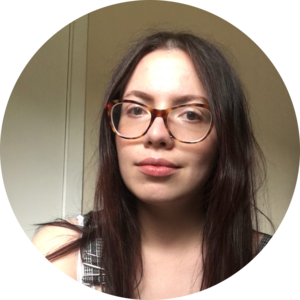 I am studying Sociology, and my research area is sense of belonging, achievement and peer group formation in first-generation undergraduates at Durham University.

More generally, I am interested in the sociological study of health (specifically mental health and wellbeing) and the ways in which this intersects with inequalities. Alongside this, I also have an interest in the role Higher Education plays in social mobility and inequalities.