So today the research project started and I was feeling very overwhelmed waking up this morning. I was fairly unsure of where to start and was still questioning whether I could actually do the six week project I was so excited for. Spoiler alert if you don't fancy reading this long blog post: I feel a lot less overwhelmed now, just whelmed if you will.

The day started with a meeting with my mentor, where we discussed the plan I had already formulated and we laid down some more precise targets for the week and tried to troubleshoot some of the anticipated problems. The plan for the week is to figure out which policy area I would like to focus on, and then collect some polling data which can then be analysed next week. The biggest concern that I had was the availability of the polling data as I was using pre-existing material and was unsure of its reliability, ability to answer the questions that I was asking and whether it would capture changes over time, rather than just flashpoints. I had looked online briefly, prior to this week, and had found that whilst polling data was abundant, it was not always consistent. This would mean that I would have to do a lot of data manipulation to be able to draw accurate conclusions from it. Whilst I knew that I could do data manipulation, it is not my strong suit.

After the meeting, I set off doing some creative googling to try and find as much polling data as I possibly could on the levels of confidence and trust in government throughout the pandemic. Initially a lot of the data available from the big polling companies which had trackers, and therefore covered small changes in opinion which I was looking for, was for the UK government. We had discussed this being a potential issue at the morning meeting and decided that whilst it was not preferable, because it would be better to have English people's opinion of the UK government being the English government, the data could be used as English people would form the majority of people polled. I then tried to look for some specific data on devolved administrations. I found a lot of helpful information, however they covered flashpoints rather than being trackers, which I was hoping to find.

Then I struck gold! I found a study conducted by UCL which tracks confidence in the English, Scottish and Welsh governments. It has data from every week from the beginning of the pandemic to current. It is exactly the type of thing that I was looking for. After having a quick look and reading some long reports on how the data was collected etc, I have decided that it probably is usable for my project. Furthermore, other academics have already used the data set to publish on. The only downside that I have yet identified is that Northern Ireland is not included in this data, which I would have liked to analyse in my study.

I looked elsewhere to try and find data on Northern Ireland, and so far have not had anything come up. I will keep looking tomorrow as it is almost the end of the day now. I also need to check the powers of the devolved administration in Northern Ireland to see if any policy areas will be excluded because they are not devolved to NI.

In short, today was a success. I feel a lot more able to complete the rest of the project and I have a good idea in my head of where to go next.

So, some goals for tomorrow: 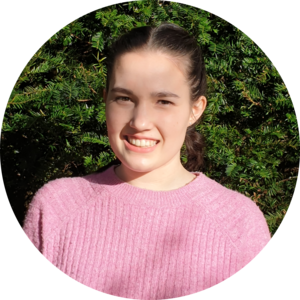 I am a first year History and Politics student. My research project is titled 'How has devolution affected the UK's coronavirus response?'

I will be trying to understand which factors change the public's perception of their government. I will do this by comparing the devolved administrations in the UK around a specific policy, which was broadly similar despite being devolved, and then understanding which factors affected a change in perception.