Last year, I spent three weeks in the tropical rainforest of Singapore studying carnivorous pitcher plants of the genus Nepenthes. These fascinating plants have the ability to trap, kill and digest insects and other small invertebrates using specialised traps called pitchers. However, to digest their prey, pitcher plants use a diverse range of microbial communities that can break down complex molecules such as proteins and carbohydrates.  During my time in Singapore I collected data from over 170 carnivorous pitchers to try and understand how the plants control these microbial communities. For this, I was accompanied by postgraduate student Dr. Gilbert to collect both data on the pitcher’s morphology and physiology as well as microbial DNA samples. 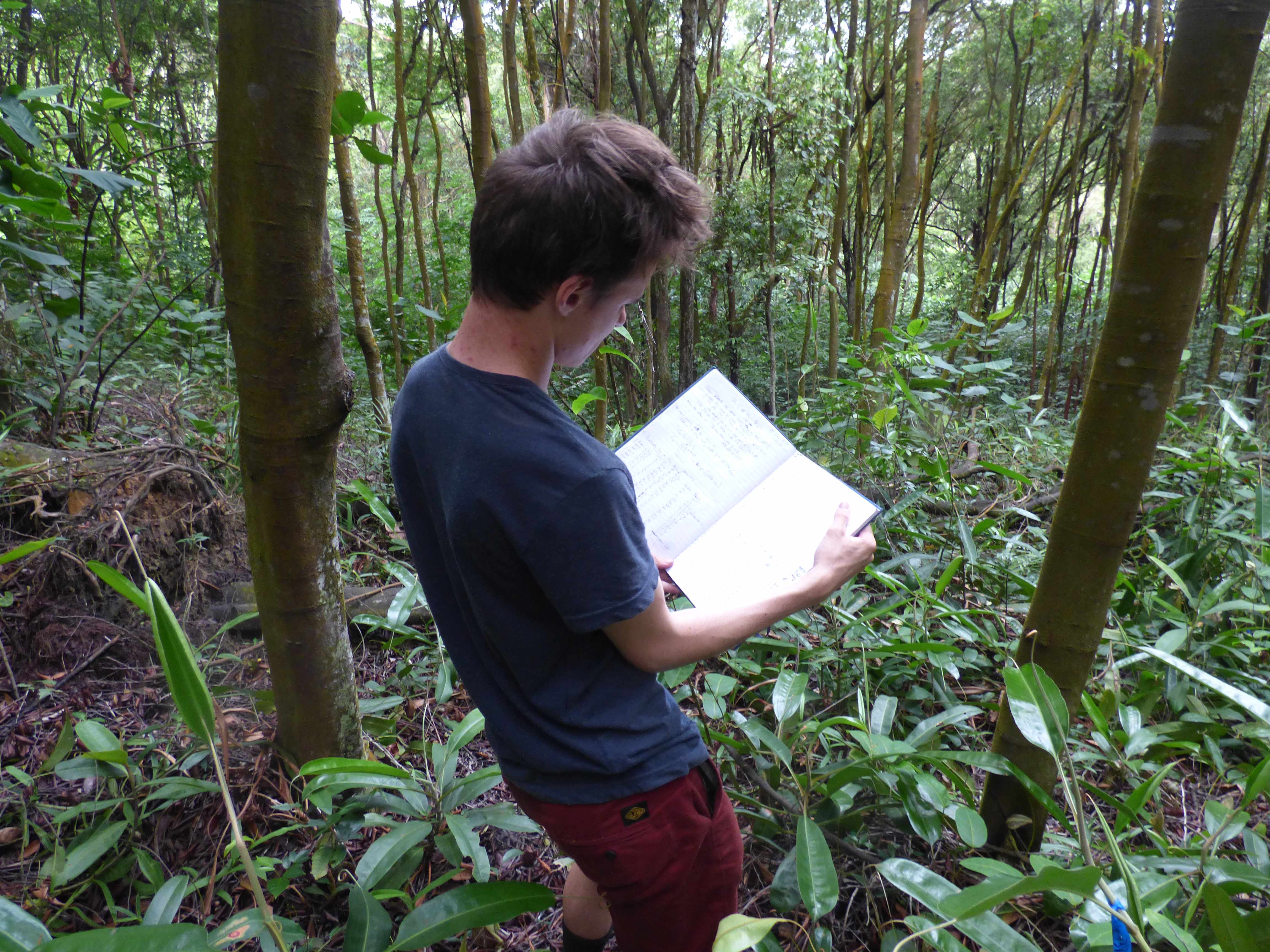 Like many of my fellow Laidlaw scholars, my project had to be re-thought due to the Covid-19 pandemic. I had initially planned to spend considerable amount of time analysing the microbial DNA samples that were collected, however, to this date the samples are being stored in a -80°C freezer in a laboratory that can no longer be accessed. Instead, my project shifted to using statistical tools with a computing language called R to study the morphological and physiological data that was collected last year. R enabled us to use powerful statistical tools that revealed correlations and relationships that would have been almost impossible to find otherwise. By comparing the physiology of juvenile, mature, senescing and dead Nepenthes pitchers from three different species we found 3 main groups of plants. Some of the plants were investing their energy towards capturing and digesting prey, others towards the capture and digestion of decaying plant matter and others that were investing their energy foraging for light high up in the forest canopy. We also found evidence that inquilines – animals that live within the carnivorous pitchers that feed on the decaying prey (e.g. mosquito larvae)- were far more likely to be found in healthy mature pitchers than young or older pitchers, and that they seemed to be adapted to be indifferent to huge differences in acidity ranging from pH 6.5 to pH 1 (that’s more than 300 000 times more acidic!).

In 2019, I spent the last 10 days of my research period on the island of Sulawesi in Indonesia looking for populations of Nepenthes pitcher plants that had never been studied before. On this expedition, our team made some extremely exciting discoveries that enabled me to lead a truly special side project: the discovery and description of a splendid new orchid species belonging to one of the most highly sought after orchid genus called Paphiopedilum, more commonly known as Venus slipper.  I had been warned in advance by an Australian botanist that the orchid taxonomy world was cutthroat and that the Paphiopedilum experts were the worst among them, and I discovered that first hand. To officially describe and get to name a new plant species, a type specimen needs to be collected and stored in an official herbarium. Within a matter of days of sharing the images of the new species with one of the world’s most recognised professors studying the genus, I learnt that he had shared the images along with information on its location to the head of a vast illegal network of Indonesian orchid poachers – I can only speculate why he wanted get hold of a plant by these means. Luckily for the new plant population, their exact location remains a secret. I am currently using the best of my leadership skills to bring together a team of Indonesian botanists to legally collect a type specimen as soon as the current travel ban ends.

I would like to thank my supervisor, Prof. Graeme Ruxton, Dr. Kadeem Gilbert, the CAPOD team and Lord Laidlaw who made the Laidlaw Scholarship program possible.