Learning to fill leadership roles outside my comfort zone

For my leadership in action project, my close friend Miles and I came up with the idea of building a free web service providing basic statistics and numeracy skills targeted towards prospective medics.  We had done some programming projects together on a smaller scale in the past, but due to the scale of this project, we needed to be much more explicit in the way we divided the workload and handled deadlines.  We decided that I would handle writing the backend for the app, which is all of the machinery happening behind the scenes, while Miles handled the frontend, which is everything the user sees on their screen.

Beyond simply writing code however, I needed to ensure I was doing everything I could to develop as a leader.  I've learned that my leadership style involves much more thinking than doing; I feel most comfortable networking and coordinating other people.  Unfortunately, Miles and I are very similar in that regard.  For this project to be successful, Miles and I needed to help each other avoid falling into "analysis paralysis".

While I worried at the start of this project that working with someone too similar to me could be disastrous, I actually found it was a huge benefit in our project.  We could be honest with each other if we happened to spend more time thinking than coding in a particular day, since we were both guilty of it at times.  Because we had divided the work explicitly, I needed to do the backend coding before Miles could dive into the frontend, so I needed to forgo my typical style of overthinking a problem in favor of getting something to him in a timely manner.  I found this balance between doing things perfectly and doing things quickly to be very uncomfortable, but while I was focused on getting things done, Miles was able to take on the analytical role and help me streamline my work.

Now that we're in the final week before our "alpha release", the backend has few changes needed, and I can finally take inventory of what I learned through my crash course in web development.  The key thing I learned was that having regular meetings (every other day) with Miles was necessary not just to check in, but also to hold each other accountable.  By recognizing where both of our weaknesses were from the outset, we were able to ensure at least one of us was cracking the whip at any given time, even if it wasn't either of our particular styles. 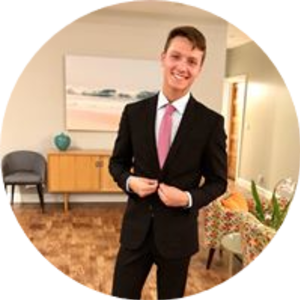