Leadership In Action Project - Why I'm Working with Open Cages

In this post, I will explore why I decided to work in the field of animal advocacy, and why the work of Open Cages might be particularly effective.

After my research project last year, which was an investigation into an abstract mathematical structure known as the Rado Complex, I decided that I wanted my LIA project to have a tangible impact on the world. Obviously there are many ways to try and do this, but in the end I decided to go for a slightly different option, which I believe to be very impactful: working to improve the lives of animals in factory farms!

Now, as this is a somewhat unique choice for a LIA project, I feel like I should justify why I think it's so important. In my mind, the most compelling argument behind this work is the sheer scale of the issue: in the UK alone,  over 2 and a half billion animals have already been killed this year for the purposes of food, which is an unfathomably large number. Although this has a myriad of negative impacts on the planet, from increased greenhouse gas emissions to the destruction of natural ecosystems, even if we only focus on the animals themselves we are forced to reach some frankly harrowing conclusions. For example, many chickens raised for slaughter are forced to live in incredibly cramped and dirty conditions before being killed often without proper stunning, and are often bred to grow so quickly that they simply cannot support their own frame. The scale of industrial factory farming means that with even minor improvements to their lives, we can alleviate a huge amount of suffering.

However, if there were no known ways to bring about these changes, then despite how terrible this practice is, we may be better focusing on another issue. Thankfully, there exists an incredibly powerful means to improve the lives of animals, that has been shown time and time again to work: corporate campaigns! By targeting companies and pressuring them to abide by higher welfare standards, huge amounts of progress have already been made in the fight for improving the lives of animals in factory farms, and in particular chickens. A great example of this is Costco, the second largest retailer in the US. After a 6 month campaign in 2015, Costco finally promised to source the majority of their eggs from cage-free hens, and have followed through with this promise. This represents a huge achievement in terms of improving animal welfare, and is part of a much wider trend in the US and Europe towards better practices and welfare standards.

These kinds of campaigns are typical of the work that Open Cages undertakes, and are what I will be helping them to pursue. Our current focuses are to bring about the end of the fur and foie gras trades in the UK, which the government has recently promised to explore, and to pressure Morrisons to join hundreds of other retailers in signing the Better Chicken Commitment. To further these aims, over the next few weeks I will continue to write emails to supporters urging them to get involved with various actions (last week we managed to get #MorrisonsInvestmentScandal trending at #7 on Twitter), assist the fundraising team, and conduct small research projects that the team wouldn't normally have time to work on. We have the potential to make big strides in this area over the next few months, so watch this space!

I would like to thank everybody at the Laidlaw programme for taking a risk and giving me the opportunity to work on this problem, despite it being slightly different to what may have been expected! 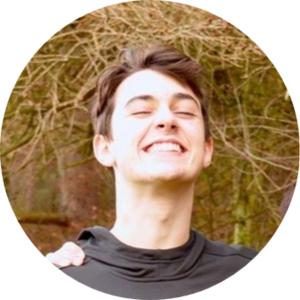