My experience as Durham's ambassador at the North American Laidlaw Scholars' Conference in Boston, Massachusetts.
Saskia Poulter
PPE Undergraduate, Durham University
Follow
Like Liked by Nikol Chen and 1 other
1

Barrelling off a long-haul Laidlaw-funded flight (for the second time in a month!), out of Gatwick airport, and straight into the Whitehall Civil Service building where I’m currently on Industrial Placement, it was difficult not to notice that the opportunities I’ve had through the scholarship over the past few years would have sounded, to my pre-application self, a little bit ridiculous. When starting the Laidlaw programme, I was excited to work one-on-one with a leading academic using methodologies I’d long wanted to get to grips with; I had no idea, however, that the chances to travel, to lead teams, and to meet inspirational people from across the globe would be as formative, both personally and professionally, as they have been.

That flight into Gatwick marked the end of one such pinch-yourself opportunity. This October, I was fortunate enough to travel to the North American Laidlaw Scholars’ Conference at Tufts University in Boston, MA; I couldn’t have imagined a better end to my time on the programme, and am extremely grateful to all those who poured their energy into making the event what it was.

After explaining to my parents that I was in fact going to the US, rather than to Boston in the East Midlands (UK), I pulled together my first research poster, packed a bag and set off. Nine hours later, I arrived in a room full of young researchers with staggeringly diverse interests; the time spent networking with these people was among the most constructive of the weekend. For one, my Laidlaw research centred on communication patterns in Trump-supporting digital communities, so getting to discuss my conclusions with a US audience was invaluable. Secondly, hearing about the differences between the US and UK’s higher education systems was useful in informing my decision on whether to apply for postgraduate study abroad. Thirdly, learning about the wide variety of activities that the group was involved in outside of academia – from volunteering to entrepreneurship to sportsmanship to music – was a stark reminder of the rewards that taking a leap and committing to something can bring. The err-on-the-side-of-action mentality amongst the scholars was infectious, and on the flight home I found myself sketching out a business idea for the first time I can remember.

As brilliant as it was to meet new people, however, one of the highlights of the conference was being reunited with old(er) faces. This summer, I spent six weeks working with Zach Ferretti, a Tufts Laidlaw Scholar, on a climate-related project in Mexico City. At very short notice, we decided to participate in the conference’s ‘Three Minute Thesis’ competition together, sharing the work that we’d completed and encouraging 2022 Cohort scholars to consider undertaking similar climate projects. To our surprise, one of the founders of MakeSense Americas – the organisation we’d worked with in Mexico – was in attendance, and we really enjoyed speaking to him about the philosophy behind the organisation, its idiosyncratic organisational structure, and how he intends to expand his work with Laidlaw in the future. Ultimately winning the Three Minute Thesis competition was not only a lovely note to end our project on; it was also really gratifying to have confirmed that we’d contributed something of value to others to the conference, and that we’d been at least somewhat successful in communicating the importance of a cause we both strongly believed in. Hearing the variety of social impact-related work that other presenters had completed was invigorating, and, like many of us, I returned home with a notebook full of project ideas to follow up on.

A second highlight of the conference was hearing from external speakers Gina Miller and Diane Hessan. Irrespective of controversies surrounding her work, Miller’s keynote address struck a chord with me for several reasons. For one, she recounted how caring for a child with special educational needs (SEN) served as a galvanising force for her activism: Miller first moved into legal activism whilst advocating for the implementation of annual ‘Statements’ for SEN students on behalf of her daughter. Since autism runs in my family, I have seen the impact that this policy has had and was deeply impressed by Miller’s ambition in responding to a personal problem with a campaign of national scale. Miller’s success also gave me hope that, as non-politicians, we don’t necessarily need to sit back and wait for the political tide to change before instigating policy transformation; moreover, it pressed me to think about how I can leverage my individual specialisms to maximise the impact that I have. All this renewed my confidence in the value of my current work in Government Social Research: by compiling reliable evidence on the implications of policy (particularly on overlooked groups) and presenting this to government figures in a responsible and compelling way, I can inform the trajectory of plans which could impact hundreds of thousands of people.

Whilst Miller’s address drove home the importance of identifying causes which motivate you (a strong sense of purpose, she suggested, enabled her to continue campaigning despite a litany of death threats and abuse), Diane Hessan’s speech emphasised that there is no need to worry if you feel that you haven’t found your calling early on. Both speakers worked for decades in relative obscurity and, in Hessan’s case, in roles which she saw primarily as vehicles to where she actually wanted to be, before achieving huge success. Hessan’s experiences with applying market research methodologies to political campaign work were also really interesting to me as a social researcher, and pressed me to take greater interest in innovations in qualitative methodologies, since I have focused overwhelmingly on quantitative methods thus far.

As I’ve found time and again over the course of the programme, spending time with driven, dynamic people with deep interests in often quite obscure topics is rarely ever boring; the Boston Conference was no exception. Many thanks once again to the Laidlaw Foundation, Tufts University’s scholars and staff, and Kelci and Chantelle in the Durham Laidlaw team for making all of this possible.

I am a first year undergraduate studying philosophy, politics and economics at Durham University, using computational methods to research digital platform regulation and the spread of alt-right hate-speech on Reddit. Aside from academia, I spend most of my time competing on Durham's advanced debate team and adapting electronic music for piano.

What an amazing post, Saskia, thanks for sharing! So glad you enjoyed the conference, and your poster is totally genius!

Research Proposal: A Computational Analysis of User Responses to the Banning of r/The_Donald 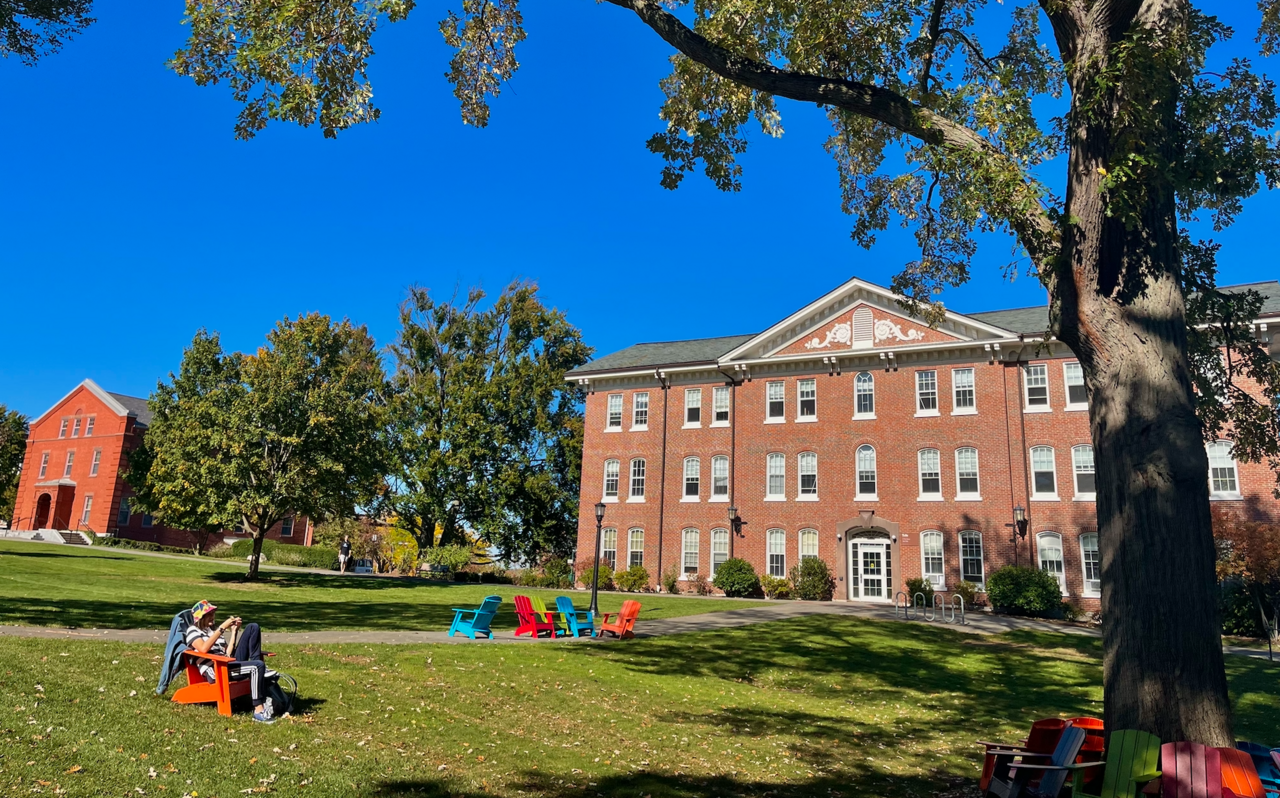 My experience as Durham's ambassador at the North American Laidlaw Scholars' Conference in Boston, Massachusetts.