It's been just under two thrilling weeks since I began my first experience of Academic Research. Thus far, the challenge has been extremely rewarding but not without its stumbling blocks.

My Project originally entitled "Military Officer Turnover with respect to Operational Success: an Incentives Perspective," sought to establish the possibility of a relationship between operational success on the battlefield and British military officer turnover. However, a number of stumbling blocks including a distinct lack of data availability in the historical period has meant that my research has developed rather differently to what I had first imagined. Early in my Laidlaw journey at the extremely insightful pre-Research Leadership Week held collaboratively between Tufts and St Andrews Universities, I was told that conducting research will never be a straight line to success and I can certainly relate to this statement. But, I feel that it is this initial uncertainty which makes research so exiting and intriguing.

Following the realisation that my original ideas were not feasible my research has begun focussing on the perennial problem of Military Officer Retention. Militaries across the world grapple with the problem of spending significant sums of money on training leading military officers for them to leave after their initial commission. A number of factors contribute to this exodus from service life such as notable opportunities in the private sector or the desire for a more stable life better suited to young families. Perhaps the most poignant example of this would be Fighter Pilots which cost in the region of $10 million dollars to fully train but often leave at their earliest opportunity to join an airline where they will almost certainly be on a higher salary.

Over the upcoming weeks I will continue my research into the retention problem within the British military and seek to evaluate the possible solutions. If you are interested in the outcomes of my research, please monitor this blog where will insert my final research poster. 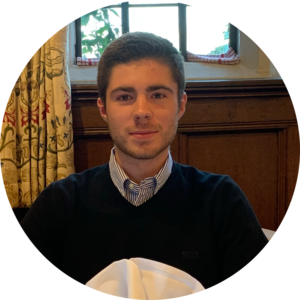