Ethical leadership from definition to implication

In this blog post I consider the concept of ethical leadership; I will address four key areas: what ethical leadership is, how it can be fostered, why it is important, and how I feel it relates to my future career in the field of medicine.

The impetus to reflect upon ethical leadership has stemmed from public outcry in the wake of corporate scandal. Brown and Treviño (2006) refer to the ‘post-Enron world’ in which societal outrage has led to policy reform in the west that places a focus on the moral standing and conduct of companies and their employees. This has incentivised researchers to probe ethical leadership to assess its genesis and outcomes.

This post draws heavily upon the work of Brown and Treviño (2006) who, in their review of ethical leadership and its future directions, attempted to delineate the antecedents and outcomes of ethical leadership. They also identified areas that must be addressed for future research into the concept as ‘ethical leadership remains largely unexplored’ (Brown & Treviño, 2006, p. 595).

What is Ethical leadership?

Brown and Treviño state that ‘much has been written about ethics and leadership from a normative or philosophical perspective’ (2006, p. 595). Indeed, every major philosopher has addressed to some degree what it means to be good and, often separately, what it means to be a leader. A gap in the literature remains, however, when it comes to ethical leadership from a social scientific perspective. This has resulted in great difficulty in even defining what ethical leadership is.

Though not comprehensive, several personal characteristics have frequently been associated with ethical leadership including honesty; trustworthiness; being fair and principled; compassion for fellow employees and broader society; and practising ethical behaviour both in professional and personal contexts (Brown & Treviño, 2006; Mihelic et al., 2010). This has often been described as the ‘moral person’ component of ethical leadership akin to the previously mentioned requirement to exhibit appropriate behaviour (Mayer et al., 2012, p. 151).

Another component of ethical leadership is that of the ‘moral manager’ in which an individual who is practising ethical leadership makes ethics an integral facet of their agenda by actively communicating an ethical perspective and modelling ethical behaviour to those around them. This is akin the requirement to promote ethical behaviour(Brown & Treviño, 2006, p. 597) .

How can ethical behaviour and leadership be fostered?

Moral awareness is an antecedent of ethical leadership. There is a requirement for an ethical leader who, as discussed must be credible and attractive, to be considerate of the moral implications of their decision making if they are to make ethical decisions that engage higher level processing and thought patterns than decisions that would otherwise be seen as trivial. An ethical leader must be compassionate to the outcomes of their actions (Brown & Treviño, 2006).

Brown and Treviño (2006) employ McClelland’s theory of motivation which identifies three drives for human behaviour: power motive, achievement motive, and affiliation motive. These translate as the need to influence others, the need to succeed, and the need to have positive relationships, respectively. From this they suggest that individuals who demonstrate a mid-achievement motive a high affiliation motive and a limited power motive in which power is used for the benefit of others are requisite for being perceived as an ethical leader.

In contrast, Machiavellian behaviour in which coercion is used are unlikely to make for an appropriate ethical model. Those that exhibit a high level of moral judgement whereby they reference their behaviour against internally held values and standards are thought to be required for being considered a transformational leader by observers (Brown & Treviño, 2006). It is thought, however, that most people’s moral judgement rests at a level in which they respond and perform against the expectations and standard setting of those around them further emphasising the importance of being considered a suitable ethical model (Brown & Treviño, 2006). In addition to this, there is a positive association between an individual’s sense that they have control that they can exercise and ethical leadership. This might be referred to as agency or an internal locus of control. In contrast feeling as if one’s actions are determined exterior to oneself is associated with a lack of ethical leadership. This is linked to the concept of self-monitoring in which an individual assesses and reflects upon their own actions to reform their behaviour, this too, is associated with ethical leadership.

Thus, ethical leadership can be fostered when a leader who is ethical serves as a credible and attractive model for those around them to emulate. Credibility and attractiveness are achieved when the leader demonstrates several values and behaviours including moral awareness, agreeableness, conscientiousness whilst having motivations that centre on assisting others with a strong sense of internal control and agency. This in turn can lead to other individuals not only emulating the moral person component of ethical leadership but also proceeding to exhibit the moral manager component too.

Why is ethical leadership important?

Importantly, in their review Brown and Treviño (2006) identified the work of Weaver et al. (2005) that suggests ethical role models are most frequently identified by employees as being individuals who work in close contact and rarely distant executives. This helps highlight the universal nature of ethical leadership which transcends rank. Indeed, whilst the requirements of ethical leadership contain terminology that suggests a need for a position of superiority within a hierarchy, there is no explicit requirement to hold rank. What is more, the suggestion that ethical models are selected from those working in close contact with employees emphasises that ethical leadership is not simply a concern for executives but also for rank and file employees.

This, fortunately, has changed rapidly in the late 20th and 21st century with an ever increasing emphasis placed on a doctor’s duty to not only regulate their own conduct to ensure that it is ethical but to also be aware of the conduct of their peers and additional support available to support this (Fulford et al., 1997; Slowther et al., 2001). In this sense, doctors are gifted with entering the workforce with many of the requirements for ethical leadership. The only missing component would appear to be the need to be both credible and attractive which, given the social dynamics at play in modelling ethical behaviour, I suspect comes with time and acquaintance with one’s team and wider healthcare setting.

This is not to guarantee that all doctors are ethical leaders. In ward rounds I have seen very successful doctors who appear to espouse good ethical conduct with their patients but are heinous to their supporting team and, in so doing, fail to be recognised as a universally credible and attractive moral agent. This, unfortunately, from my anecdotal evidence and the literature (Carter et al., 2013; Illing et al., 2013) seems to be quite common and a likely by-product of a highly stressful, demanding, underfunded and overworked profession.  To ameliorate the impact of these pressures, I intend to engage my moral awareness and strengthen my own internal locus of control so that, even if stressed or agitated, I can, for the most part, uphold the requirements to be considered an ethical leader.

All images were freely available from Pixabay with no attribution required.

So, You Want to Be a Successful Academy Trust Leader?
Webinar Education Leadership
Leadership

So, You Want to Be a Successful Academy Trust Leader? 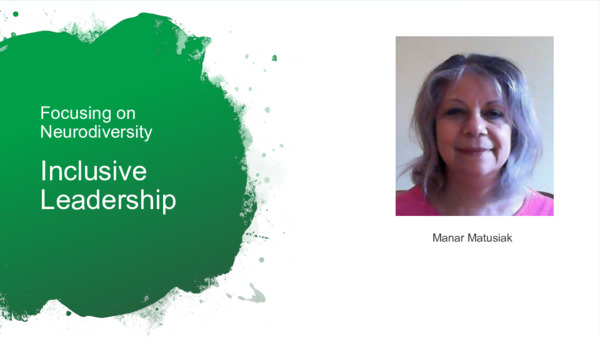 SLIDES: How Can Understanding Neurodiversity Make You a Better Leader?

How Can Understanding Neurodiversity Make You a Better Leader? 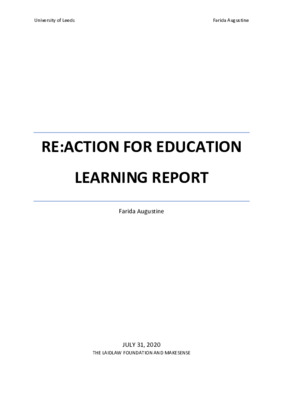 Farida Augustine
Laidlaw Scholars Network
We use cookies to help improve your experience. By continuing to browse our website you are consenting to our use of cookies.
Learn more