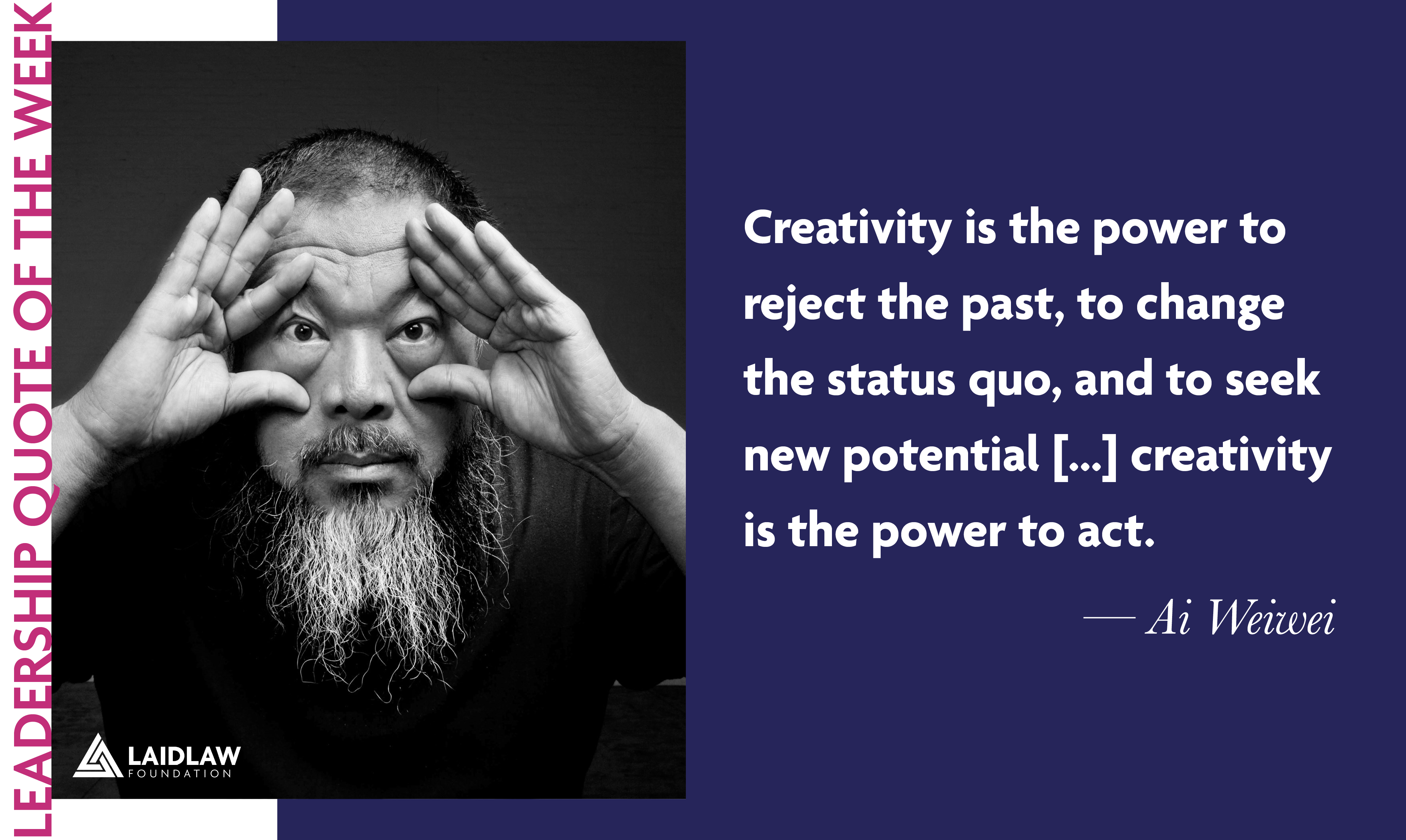 Ai Weiwei (1957-) is a Chinese contemporary artist and activist, whose creative work includes sculptural installations, architectural projects, photographs, and videos. He has been openly critical of the Chinese Government's stance on democracy and human rights, and has been using Chinese art forms to display the country's political and social issues. In 2011, Ai was arrested at Beijing Capital International Airport for alleged "economic crimes", and detained for 81 days without charge. Ai Weiwei encapsulates political conviction and his personal poetry in his many sculptures, photographs and public works. His later work also focuses on the issue of the global refugee crisis.

Ai Weiwei is one of the leading cultural figures of his generation and serves as an example for free expression both in China and internationally. Among numerous awards and honours, he won the lifetime achievement award from the Chinese Contemporary Art Awards in 2008 and was made Honorary Academician at the Royal Academy of Arts, London in 2011. His human rights work has been recognised through the Václav Havel Prize for Creative Dissent in 2012 and Amnesty International’s Ambassador of Conscience Award in 2015.

In Conversation with Neil A. Pirie

Hello! My name is Nikol and I look after the Laidlaw Scholars Network. I am originally from Kazakhstan and I studied Human Sciences at UCL. My final research explored the potential effects of design on patient wellbeing in hospitals, and I also took modules such as Ethnographic Documentary Filmmaking, Anthropology of the Built Environment, Art in the Public Sphere, and other less interesting-sounding things :) Drop me a line at nikol.chen@laidlawfoundation.com if you have any questions about the Network or just fancy a chat. Alternatively, you can use the teal chat bubble in the right bottom corner of your screen and I'll reply ASAP!
Follow

I was lucky enough to see his exhibition at the Royal Academy a few years ago. It was absolutely extraordinary.

Somewhere, Something Incredible Is Waiting To Be Known
Leadership Space Science
Leadership, Leadership Quote of the Week

In Conversation with Neil A. Pirie