Exploring the ways in which leadership falls short

Over the course of the past couple days, I've had the opportunity to talk extensively with other newly minted Laidlaw fellows about leadership, from what it means to how it permeates throughout our lives. Often, our discussions would return to broad questions: how can leaders communicate effectively with their teams, for example. In my mind, these questions are best answered by viewing work from the outside in. If leaders become consumed with the perception of their own team, they can fall into egotistical traps: picture the continually worse actions of someone who is cheered on as he steers his boat -- and his crew -- into a coral reef. This analogy may be a bit obtuse, but the point is (hopefully) clear. Leaders can become blinded to value and efficacy of their own actions if they only operate within the sphere of their own team, often succumbing to confirmation biases where they seek validation from teammates that leads to a cycle. This cycle was described by the facilitator for our leadership retreat, Pamela Sohn, as the "trap of rightness." If left unchecked, it can lead to situations where leaders can no longer recognize that they are wrong because their default state is the assumption that they are right. I found this notion fascinating, and I think that one way to combat it is to encourage leaders to share their work with others. Once leaders invite the opinions of the rest of the world, they will receive reality checks that can allow them to view their work from an outsider perspective. Ideally, this will mitigate many of the detrimental impacts of confirmation bias. 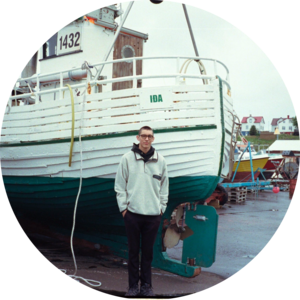