My takeways from a poster making and writing workshop, run as part of the Creative Change Makers Conference 2020

In a world overly saturated with images, the importance of carefully chosen words can sometimes get forgotten. Especially when trying to get an important message across, one's choice of words can be the difference between inspiring curiosity or aversion, hope or fear, action or apathy.  A prime example of effective messaging has been the Conservative general election campaign's slogan of "Get Brexit Done". This short snappy phrase was unfortunately not trying to make the world a better place. However, for people trying to make a positive change in the world, this can be a learning point. This is what Naresh Ramchandani- writer, environmental activist and leader of this Creative Change Makers workshop- urged us to do. Our task was to make a poster focusing on the message we wanted to get across rather than imagery. In a few short words we had to create a call to arms, a message that will inspire action for our chosen cause.

What I found most inspiring about the workshop was being surrounded by such a diverse group of people who all cared deeply about making a positive impact, in whatever small or large way. The task required a lot of collaboration, as it is unsurprisingly hard to whittle down ideas about complex global issues into four or five concise and compelling words. The result was a plethora of creative messages, tackling topics ranging from the climate crisis to learning to love yourself.

The topic I chose to tackle was the impact of university fees and the subsequent debt that young people become burdened with have on student's perceptions of their future possibilities as well as the way that society s a whole views education. When education becomes centred around money and viewed as a business, I believe an important aspect of it is lost. Students feel trapped by their debt and less free to pursue the less well-trodden (and perhaps more creative) paths after they have completed their degrees, getting funnelled into grad jobs. If people have more time and freedom to develop their interests and creative ideas, then they might go into jobs which contribute more to society. The message I landed on was "Uni Debt Kills Our Hope" and I couldn't help but to be a bit visually creative with the poster template.

While I only attended one workshop, the whole Change Makers Conference was organised by Creative Conscience, an organisation which aims to support creative projects which address pressing social, political and environmental issues. The conference was a chance to bring together lots of different like-minded people to share world changing ideas which can make a collective impact. There was a real focus in urging creative people to use their abilities to make a social impact, in whatever field they work or are interested in. The Creative Conscience awards supports young people who have innovative ideas and are already working to make their creative visions a reality. There was so much inspiring work on display from graphic novels about tackling bullying to educational apps to help people remember knowledge through song lyrics. Even though not everyone's preferred output is artistic or musical, creativity is invaluable in any field of work. It is sorely needed to come up with sustainable solutions to problems which seem unsurmountable at the present moment. 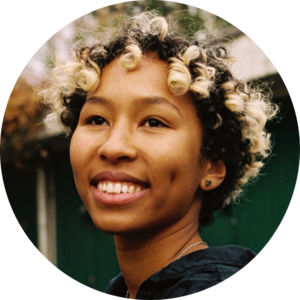 I am a postgraduate philosophy student at the Berlin School of Mind and Brain. I love doing research in philosophy because I am constantly expanding my knowledge and perspective in new and surprising ways. I am from London but grew up around the world in Amsterdam, Nairobi and Johannesburg. My research brings together psychology, philosophy and politics. I aim for my work to be as interdisciplinary as possible, encompassing theoretical explorations as well as empirical research. In my first period of Laidlaw research, I reviewed the psychological literature on cognitive biases and developped a model for understanding the internal and environmental factors which lead to polarization. In my second research period, I applied this knowledge directly to politics, focusing on the role of flawed individuals in a democracy. With the rise of populism and the current breakdown of democratic processes globally, it is not a stretch to say that many modern democracies are failing. How much does this have to do with the irrational tendencies of individuals and how much is down to failures in the democratic institutions themselves? My research applies the findings of cognitive bias research to the political sphere and uses it as a jumping-off point to explore the ways that democracy must be adapted to combat new challenges posed by technology and our evolving understanding of human nature.
Follow

Research week 1: Python for biologists, how to work smarter not harder.

Lam Lok To Cherry
Laidlaw Scholars Network
We use cookies to help improve your experience. By continuing to browse our website you are consenting to our use of cookies.
Learn more