Deep-Sea Mining: A Contradiction for Transition to a Circular Economy?

Deep-sea mining is on the precipice of becoming reality: but would its initiation have more negative effects than positive?

In the last decade there has been an increasing commercial interest in the exploitation of deep-sea floor resources to satisfy the rising demand for minerals and metals, especially for the global technology sector. Such resources occur within deposits in different deep-sea habitats (Figure 1). The international authorities and laws of the seabed are recent and therefore imperfect and sparse for what they govern; This presents commercial mining corporations with opportunities that lack red tape, both politically and environmentally, for maximum profit.

Cobalt has been branded as the world’s primary ‘technology metal’ and is an element increasingly needed in the production of lithium-ion batteries to power technologies like smart phones and electric cars. At present, the 140 metric tonne annual global usage of cobalt is sourced from terrestrial mining, 60% of which comes from the Democratic Republic of the Congo. The demand for car and cell phone batteries will completely denature the present picture of cobalt politics – Transparency Market Research estimates the global lithium-ion battery market ($30bn in 2015), will rise to more than $75bn by 2024. While countries begin to pledge bans on sales of petrol and diesel fueled cars as a result of increasingly stringent (and necessary) climate change mitigation policies, battery makers are struggling to secure supplies of raw ingredients, especially cobalt. Deep sea mining has been widely discussed as a way of meeting the growing cobalt, as well as other technology metals’ demands, to satisfy global trends in the technology sector.

But deep-sea mining is not as simple as it seems. The ocean basin has a unique underwater landscape with similar designs to the terrestrial features above it – it holds steep canyons and valleys, vast abyssal plains, lone seamounts and mountain ranges with more volcanoes than all those on land - and every year we discover more. Numerous scientific studies have pressed the richness of biodiversity that we are yet to discover, and their potentially crucial role in the carbon cycle in deep sea habitats. As-yet-undescribed ecosystems and life forms exist in these underwater environments; In the past 20 years, novel species discoveries ranging from invertebrate Yeti crabs to large marine vertebrates such as the mysterious beaked whales have been made in the deep ocean. Hence, in parallel with commercial interests of the deep sea floor, scientific understanding of marine ecosystem services and biodiversity has slowly been deepening, highlighting significant consequences for mining the deep sea.

A deep-sea mining machine paid for by Nautilus Mining corporation taken from the National Geographic. Though mining machinery has been built, technologies for independent scientific assessment and understanding of deep-sea ecosystems are non-existent.

A lack of data on spatial and temporal species distributions in these habitats means that the full impact of mining is unknown, but certain predictions have been made:

David Attenborough voiced his opinion on the subject: “That’s where life began, and that we should be destroying these things is so deeply tragic - that humanity should just plough on with no regard for the consequences, because they don’t know what they are.” An additional argument for their protection, touching even the most speciesist among us, is that a great number of these organisms may have medical applications – so far many deep sea organisms have harboured compounds now in trial development for medical uses such as cancer treatment (NRDC).

Approaching the matter more broadly, this is not a sustainable solution to rising battery demands. In fact, it is in complete contradiction to the ‘greener future’ pressure that caused the increased demands for lithium-ion batteries in the first place. Another region opened to resource extraction is not a solution to dwindling supplies elsewhere – it is another problem created. There has been a growing acknowledgement in public discourse of the need for system change to sustainable alternative economic models that don’t require infinite resource extraction from our environment. The initiation of large-scale deep-sea mining, involving huge corporations fighting over who gets to commercially exploit resources that lie within poorer countries national jurisdictions is just another manifestation of colonialism, that is inseparably tied to the current capitalist growth model. This is perfectly exampled by the first deep sea mining operation to be initiated this year: the Canadian company Nautilus Minerals with a mining lease on the continental shelf (therefore within the national jurisdiction) of Papua New Guinea.  It is estimated that cobalt-containing nodules on deep sea abyssal plains take millions of years to form. If it cannot be sustainably extracted, it is not a long-lasting solution.

So, are there other ways of acquiring technology metals in a less environmentally damaging and more sustainable alternative? The secret lies in the new wave of greener thinking for a circular economy: Recycle, Reuse, Reduce. Cobalt is a chemical element. Its abundance on our planet has remained constant (except for the occasional depositions from asteroid impacts) for 4 billion years. If we put it in our electronic devices, and then we throw that device in the trash, the cobalt within it does not disappear. Proper recycling of metals would negate the need for deep-sea mining in the first place.

According to a 2019 report from the World Economic Forum, almost 50 million tonnes of electric waste was dumped into landfills in 2018, a number which grows every year. Although this e-waste makes up only 2% of landfills, it is accountable for 70% of the toxic waste found there (mainly from the slow release of harmful metals such as lead into the soil and groundwater). The volume of e-waste is expected to increase by up to 5% each year as consumers demand more and more “smart” products. When I argue for proper recycling, I do not mean the current recycling systems that ‘recycle’ 20% global e-waste (WEF); recycling plants shred and then ship chunks of gadgets to smelters, to recover  a few precious metals from circuit boards (mainly gold) before burning the rest, releasing toxic vapors into the atmosphere. This is currently the better option – the other 80% is dumped in landfill; Some organisations make their money from collecting e-waste and shipping it off to scrap yards in developing countries – another manifestation of colonial relationships, the toxicity of e-waste creating a high environmental and human cost for the receiving countries.

An illegal e-waste dump in Agbogbloshie dump, Accra, Ghana. Taken from a SilverLeaf article about e-waste (link below).

And the most ludicrous thing of all with this highly polluting system: e-waste is incredibly valuable and if recycled properly, could yield significant fractions of global demand for dozens of metals; the resource efficiency researcher Lenny Koh estimated potential revenues from recycled e-waste at over €3.5 billion by 2020 in the European market alone. In fact, e-waste dumps contain metal deposits tens of times richer than ores that are mined from the Earth (United Nations University). This suggests that production of lithium-ion batteries from recycled materials could reduce their total cost by a considerable amount (Ribeiro, et al., 2018). Recycling can significantly extend the efficient use of cobalt, reducing pressures on landfills and incinerators.

There are current trends towards responsibly recycling, as tech giants realise the value of e-waste and the EU attempts commitment to a more circular economy. But it is not enough; it is still currently cheaper for companies to manufacture from scratch than reuse component parts. Only investing in proper recycling infrastructure, and imposing corporation regulations to direct the development of new technology design with reusability in mind will flip the status quo. It can be done: check out the new ‘fair phone’ company in the links below.

Proper recycling of e-waste to recover technology metals such as cobalt for reuse in lithium ion batteries has a number of advantages over deep sea mining: reduced number of polluting e-waste dumps created in poorer countries, no destruction of vulnerable marine ecosystems occurs, and it is a sustainable option, in concurrence with the circular economy we need to create in order to mitigate the looming climate crisis. I understand that not everyone will take this viewpoint about deep-sea mining. However, we are at a tipping point in history – either we change to sustainable growth models with immediacy, or we face a world of political instability, sunken capitals and mass hunger, where those who contributed least to global warming suffer most. So why not start with the deep-sea mining debate? Why not direct investment to the sustainable option for the first time since the capitalist growth model began?

E-waste:
https://www.vox.com/2017/11/8/... - a great summary of e-waste specifically for the recycling procedures of smartphones
https://www.elsevier.com/atlas... – Morgan 2015 (writes of Lenny Kohs research into e-waste recycling)
https://www.weforum.org/report... - World economic forum report
https://silvercomputer.net/201... - Agbogbloshie dump in ghana: A Toxic E-Wasteland
https://unu.edu/media-relation... - United Nations University - UNU-hosted Solving the E-waste Problem (StEP) initiative
https://www.iisd.org/sites/def... - I am aware that I didn’t say anything in detail for how cobalt recycling from batteries could be carried out, but this paper details the benefits and impediments to it very well
https://www.fairphone.com/en/ - An interesting company who are manufacturing smartphones using recycled plastics and fairtrade gold, boasting a perfect score in repairability 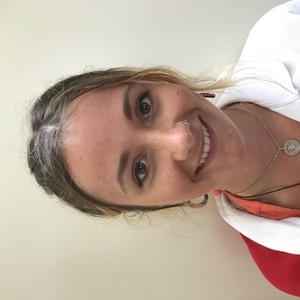 My expertise is in molecular genetics, specifically genetic engineering techniques with plants. I also have some experience with plant physiological research and bioinformatics in coexpression analysis and orthologue identification between species. My interests include both the fields of evolutionary and molecular genetics, and I minor in physical and human geography in my degree. In future I hope to continue genetic research, aspiring for that which explores links between genetic research, the environment/climate, food security and disease eradication.
Follow