"Diversity” has become a politicized word for many, but for today’s businesses, it is simply a reality. Firms’ increasing reliance on international teams, an ongoing push for gender and racial balance at all organizational levels, and advancing awareness of LGBTQ issues are just some of the factors rapidly changing the global professional landscape.

To be sure, adjusting to these changes involves significant challenges for firms – but those that get it right can expect to reap creative and strategic rewards, as many business scholars have shown. We are already seeing the effects start to play out, in the form of higher revenue and profitability for more diverse and inclusive organizations. Moreover, business schools are taking strides to translate DEI research findings into tangible tools for use in the classroom, in order to prepare future generations of organizational leaders for the diverse environments they will face.

Addressing DEI in the classroom, though immensely valuable, is not always easy. It can trigger defensiveness among some members of socially dominant groups (such as, in many Western contexts, white men) who may feel threatened or unfairly implicated. The topic can be no less emotionally fraught for those belonging to disempowered groups, many of whom have experienced discrimination first-hand.

Each conference attendee brought unique lessons and experiences to the discussion, yet commonalities emerged over the course of the proceedings. There was strong agreement that psychological safety is a necessary precondition for DEI-focused discussions. If students do not feel comfortable voicing their true opinions – whether or not they feel others will agree – conversations will remain at a surface level.

The goal of DEI dialogue is neither to neutralize differences of opinion nor to eliminate feelings of personal discomfort entirely, as these can motivate change. Instead, it is to create an atmosphere of safety – so every student can engage and contribute – while pushing everyone (no matter their background) to think in more complex ways about diversity. Conference attendees pointed to the stinging controversy around James Damore’s infamous Google memo as an example of what can happen when unspoken dissent and defensiveness combine to fuel polarizing backlash. To draw out those in class who might incline toward Damore’s diversity-debunking point of view, several professors organized debates and role-playing exercises around the Google memo. Prior to her class discussion, Ashleigh Rosette of Duke’s Fuqua School of Business asked every student to name one reason Google was right to fire Damore, and one reason the firing may have been unjustified. Rosette’s aim was to nudge the class to consider both sides of the issue seriously.

Several educators described how they set the right tone from the outset by confessing their own faux pas and occasional stumbles around diversity. When professors are open about their imperfections, high achievers can become more comfortable exposing their own vulnerabilities and questioning their preconceptions.

Another way to enhance psychological safety can be to delay introducing issues of race, gender and sexual identity into the discussion. Several professors described how they first encouraged students to share situations where they felt out of place or outnumbered – emotional experiences to which virtually everyone can relate. Still others shared how they begin their DEI courses and modules by tasking students to collaborate on a contract for group discussions, so that they have a sense of ownership over the learning environment. Additionally, studies show that self affirmation, such as a brief exercise where people write about how they embody what matters most to them (e.g. family, community service, sustainability), can help reduce defensiveness and feelings of self-threat among members of both majority and minority groups.

Numbers-based arguments may appear a good way to convince doubters of the importance of DEI initiatives. Facts and figures indeed paint a stark picture of inequality, yet there are limits to their usefulness as a rhetorical tool. Rather than inciting commitment to change, data-heavy messaging can make students feel overwhelmed by the discouraging numbers. Conversely, it may set too low a bar, thereby opening the door for premature self-congratulation in contexts that may be ahead of the average, but not as far along as they could be. Moreover, out-of-context evidence can appear to confirm the “truth” of stereotypes that must be interrogated if we are to live (and work) in a more inclusive world. This applies to all stereotypes, not only negative ones about non-dominant groups. For example, the commonly held idea that women are by nature more emotionally fluent than men may seem positive, but ultimately serves to deepen gender divisions and thus inequalities.

Instead of dwelling on depressing stats, the DEI experts agreed that action-oriented approaches are required. The conference attendees discussed how to show students that their choices as individuals could carry significant impact. Jane Risen, for example, gives empowering homework assignments such as “make someone feel heard” and “use your privilege to help someone else”. These assignments originate from The Person You Mean to Be: How Good People Fight Bias, co-authored by conference attendee Dolly Chugh (NYU).

In addition, classroom exercises can help prepare students to handle the real-life complexities that crop up around DEI. Several attendees presented exercises they had developed and used in class, with the attending educators participating as if they were students.

Aneeta Rattan of London Business School (LBS) conducted an exercise she developed in 2018 for first-year MBA students as part of an Intro to Organizational Behavior module. Previous iterations of the course had resulted in overly “safe” and superficial conversations, Rattan felt. Inspired by the gender pay gap reporting requirements in the UK, she saw an opportunity to spark a more substantive discussion by placing students in the role of a leadership team deciding how to proceed with the disclosure of their company’s sizeable pay gap. The teams were tasked with devising an action plan and delivering a one-slide presentation detailing next steps. Both at LBS and during the DEI conference demo, participants felt tension between an earnest desire for change and the need to consider how their reporting might affect the hypothetical company’s reputation and recruiting, the experience of employees regarding gender, and other business factors. The scenario also prompted tough questions about the root causes of gender gaps in organizations and how remedial action can be tailored to address those causes.

Additionally, Jane Risen of Chicago Booth School of Business walked attendees through a two-part exercise simulating difficult DEI-related decisions they might have to make as individuals. Part One was an online assignment given outside class. Students were presented with a workplace scenario involving a potential slight or micro-aggression, such as a woman colleague being asked to take notes during a meeting so that her male peers could concentrate on “big-picture issues”. They were then asked what they would do if they had witnessed this. The online tool also enabled them to read and rate other people’s responses, and to view all past ratings. In the note-taking scenario just mentioned, most top-rated responses included the protagonist volunteering to take notes instead, and/or suggesting that the task of notation be shared equally among the group.

In Part Two of Risen’s exercise (which was run at the DEI conference), students paired up to rehearse how they might react to pushback that they might encounter from others in organizations if they tried to move DEI forward. One example was the objection that the corporate culture was already great, and those who couldn’t fit in would never succeed there anyway. The students had to come up with an appropriate response, on the spot and in the moment. In her post-exercise full-group discussion, Risen emphasized that understanding the nature of resistance is crucial to responding effectively.

In the wrap-up session, participants agreed that the DEI conference was a rare and much-appreciated opportunity to collaborate across campuses on matters both high-level (e.g. pedagogical approaches) and concrete (e.g. where to find case studies featuring a more inclusive array of protagonists). There was unanimous enthusiasm for the prospect of making the conference a yearly event. It was even envisioned that these annual conferences could become a platform for the development of DEI teaching tools to the benefit of business educators everywhere. The evolution of core DEI components and concepts (akin to BATNA in negotiations) could bring much-needed clarity to a topic area that – as we have seen – makes some people very uncomfortable.

The educators also agreed this could be done without violating the need for DEI education to be context-specific. Any future tools and solutions should be designed for adaptation to various cultural environments and institutional norms as well as the educational and life experience of the students concerned. The most effective educational practices need to be nuanced and flexible to push people forward no matter where their starting point is.

On a similar note, several conference attendees noted that students were requesting an overly prescriptive conversation around DEI. Because issues of identity are viewed as a minefield of potential hurt feelings and offense, they want step-by-step guidance on how to move forward. Tomorrow’s leaders may feel more confident addressing DEI if they are taught an elastic framework to complement their better judgment. As Katherine Phillips advised, what’s needed is “more of an elaborative process that engages critical thinking and empathy rather than an exact script”.

Participants also explored the key question of whether educators should prioritize designing elective courses, or finding ways to integrate DEI into the core curriculum. Some argued that while becoming part of the core was a long-term goal, electives were a useful venue for demonstrating demand and building advocacy. Katherine Phillips put it succinctly: “We may be preaching to the choir, but we want the choir to be able to sing well.”

After all, one key takeaway from the conference was that where DEI is concerned, it’s far better to say or do something, even if it isn’t perfect, than to stay silent and static.

You can see the article on Columbia Business School’s website here. 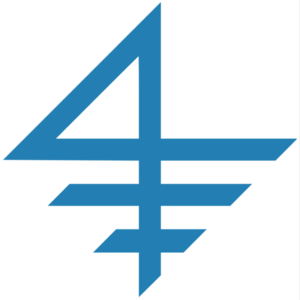 Women at LBS: Our Laidlaw Scholars’ Journeys to Business School

Lydia Wakefield
Laidlaw Scholars Network
We use cookies to help improve your experience. By continuing to browse our website you are consenting to our use of cookies.
Learn more