The political dynamics of a cash transfer system: A Brazil case study

To what extent did partisan politics affect federal State management of the “Bolsa Familia” program after the shift from Dilma Rousseff to Michel Temer’s Presidency in Brazil (2014-2018)?

Instituted in 2004, the Bolsa Familia Program is the most significative example of a decades-worth of change in the Brazilian government’s social spending, tending to focus on programs combating poverty and social vulnerability. The Program provides a monthly average of R$ 171 to 13.1 million Brazilian families in a conditional cash-transfer scheme, being considered one of the biggest in the world (MDS 2013). Managed by the Secretariat of Income and Citizenship, Bolsa Familia is regulated by internal norms to provide a decentralized poverty alleviation program to the poorest of the poor in Brazil. Given the ideological shift in federal partisan politics in Brazil from social spending to prioritizing austerity measures, the extent to which this change has affected a program of national importance such as Bolsa Familia must be considered.

This research is based upon two areas within the social sciences: public administration on one hand and political science on the other. Although apparently similar, these areas of study have clashed throughout history. My interest here is to dive deep in the relationship between the technical, bureaucratic nature of public administration, while understanding the political currents that change it. As any scientist, I had to find the tools for which I can understand reality. To do so I explored the theories that could establish the movement of a policy type like “Bolsa Familia” throughout history. Marx and many of his later followers created solid forms of abstraction through the analysis of the state and its relationship to capitalism. The route here taken allows for the analysis of shifts up-top (government) down to the critique of reality in favor of social amelioration. Under a critical lens, this research understands itself within the dynamics of capital. I hope to achieve a contemporary case study of progressive public policy with impacts of the political underpinnings and demands of progressive social policy.

The research advanced in two important aspects: the theoretical base from literature, which is solid, and its expansion on the interviewee network. I realized that all of the connections must be established informally, without much time certainty, and with scarce resources available, which slows the research process. However, upon the establishment of contacts for next year’s round, the theoretical part of the project is ready to be launched to its object of study. 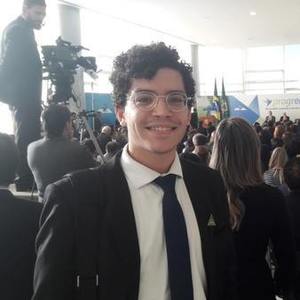