In all life forms, essential enzymes called DNA ligases play a key role in joining DNA strands whenever new DNA is made or damaged DNA is repaired. There are two classes of DNA ligases that use either of the two organic molecules ATP or NAD as a cofactor. DNA ligases find application in recombinant DNA technologies - that is why there are a variety of commercially available ligases with different properties and preferential use in specific methods.

Highly divergent organisms occupying diverse ecological niches are a rich source of novel enzyme activities for the biotech industry. Therefore, crAssphages - a recently discovered family of viruses that infect bacteria in the human gut are increasingly interesting for scientists. Some family members can encode their own ATP-dependent DNA ligases, which have not been studied before. My research involves the expression and purification of four DNA ligases from crAss-like phages in recombinant form. Due to time constraints, only one ligase was studied further and shown to be catalytically active in the presence of ATP. The enzyme lost its activity when using NAD instead of ATP as a cofactor. Similarly, the substitution of one amino acid in the adenylation domain of the protein resulted in an inactive mutant enzyme OJm.

I started my Laidlaw application with no defined research in mind. Still, I knew the field I would love to explore - biological catalysis. This is the process when a single molecule (the catalyst) makes a reaction happen tens of times faster than it would in the absence of a catalyst. In living organisms, cells, and even viruses, these molecules are called enzymes, and they are essential for almost every metabolic process. In brief, enzymes are fascinating with what they do and how efficiently they perform their function. Starting from here, I decided to research what projects my lecturers were working on.

I was lucky to find out that one of my favourite lecturers in Molecular Biology and tutor, Dr MacNeill, had suggested research on viral enzymes as an Honours student project. It immediately triggered my interest, as the enzymes mentioned had not been studied before. Moreover, achieving the research aim - to have a pure solution of the novel enzyme and examine its activity under different conditions - would involve various experiments I was curious to perform. The project involved molecular biology, including some genetic engineering, biochemistry, and a little bioinformatics. It was a colourful mixture of everything I wanted to do, and I just loved it.

Although I will never forget my first day in the lab, the most memorable moment was during my last week there. We had completed so many stages of the research and stored the pure crAssphage enzyme in the freezer. This solution was present perhaps only in our lab, and I was more than excited to investigate it. Luckily, as early as the first activity assay showed that the enzyme we had was indeed what we thought - a DNA ligase. But the results did not look very ‘pretty’. They were not clear and convincing enough to be accepted as scientific evidence. At the same time, we had very little time left to optimise the activity assay and order the needed reagents. Therefore, I performed the same experiment four times until getting a reliable result on my last day. Finally, I had what I’ve been working on for over 6 weeks. The least I can say is that I was very excited.

The hardest part was not to give up. There were so many times I got disappointed when the experiment failed. I would work on the bacterial cells all day to find that no bacteria had survived the next morning. But that’s how science works most of the time. It is completely normal and means that when the experiment is successful, the pleasure is greater. This has taught me to be more patient and think critically. In addition, I started putting more time into planning and also analysing the reasons for failed experiments.

Laidlaw is an amazing opportunity that gives me confidence and inspires me to work harder. I’m impressed by how much Scholars can learn for just one summer and how supportive the Laidlaw Network is. Moreover, being a Laidlaw Scholar means feeling responsible for the world and trying to make a change.

‘If you want something said, ask a man; if you want something done, ask a woman,’ - Margaret Thatcher breaks the status quo and shows that gender is not a factor. This impeccable woman is my role model for a leader. She was powerful, determined; she had a goal and did everything to achieve it. What makes her a true leader is not the position, the title she has, but the fact that people trust Thatcher and want to be led by her.

There is a lot that an ambitious young person wants to change in the world. Climate change and poverty are some of the obvious disastrous issues. However, I would like to address a problem that has received less attention. Unequal access to scientific literature and education, in general, is more than obvious and yet remains neglected. Scientists from some countries receive much greater access to journals than others. Similarly, only some researchers can afford the equipment they need. This comes from the insufficient amount of money the government allocates to academic institutions. Therefore, I aspire to make science cheaper and more easily accessible. Not only would the economy of less developed countries benefit from it, but also the whole world. This would potentially increase the number of discoveries and the advancement of technology.

🎵 My quarantine anthem: Do I Wanna Know? by The Arctic Monkeys

📚 My top book recommendation: The Passage by Justin Cronin

🌈 Something that made me feel joy recently: Solo hiking

❤️ A cause I care about:  I’m currently volunteering for the international charity Mary’s Meals. This NGO provides food to children in schools in the poorest countries. It reduces hunger and encourages students to attend classes. 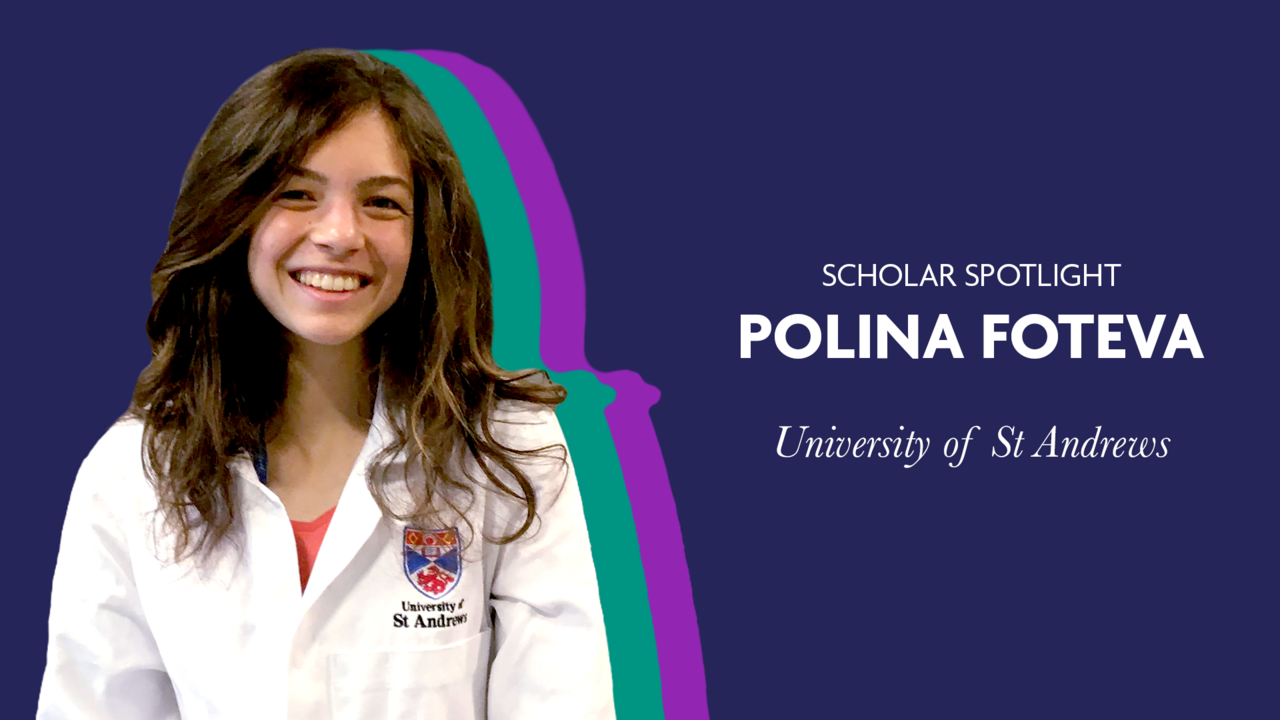