Find A Mission In Life And Contribute Something To Humanity 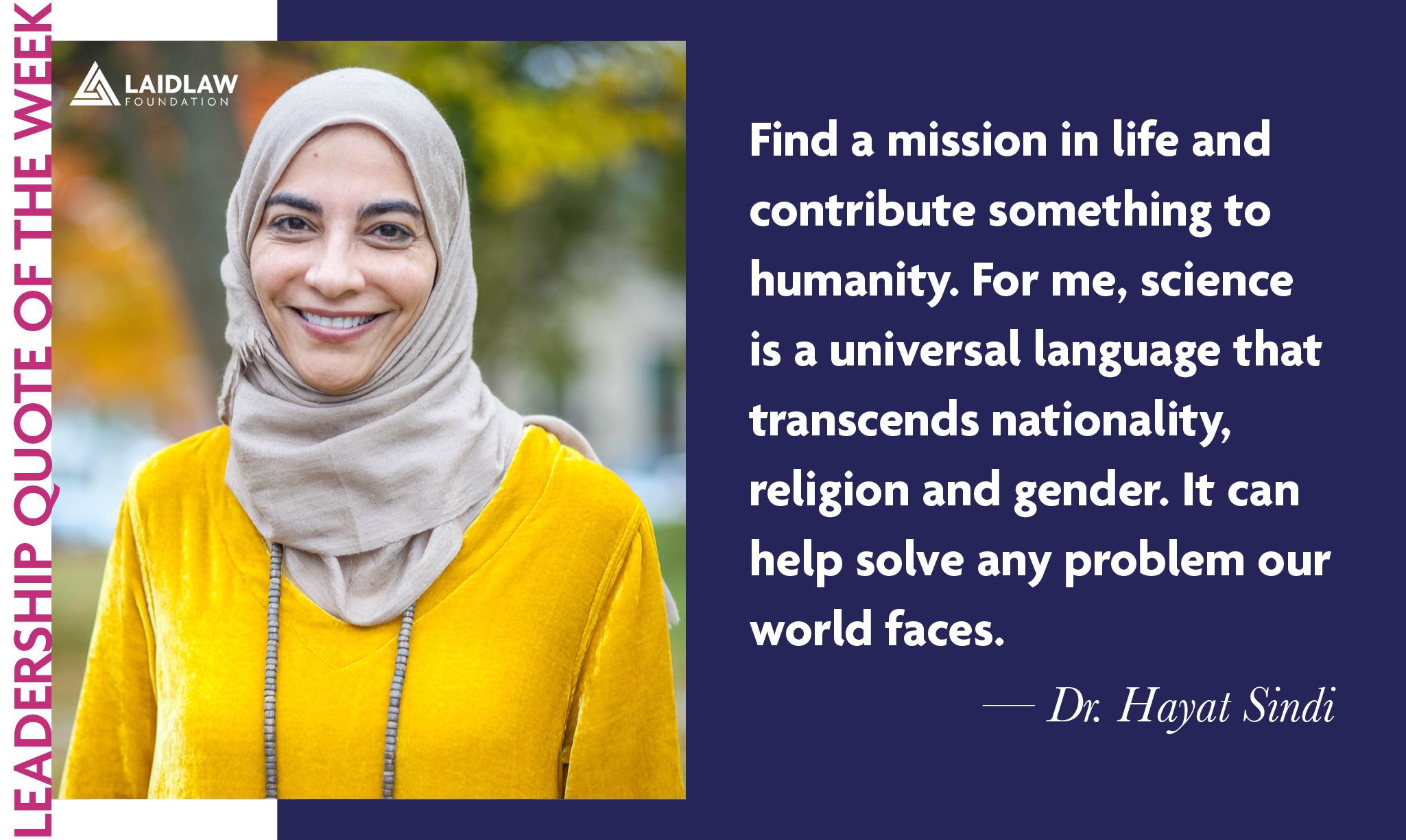 "Find a mission in life and contribute something to humanity. For me, science is a universal language that transcends nationality, religion and gender. It can help solve any problem our world faces."

Dr. Hayat Sindi (1967-) is a Saudi Arabian medical scientist. She has made major contributions to point-of-care medical testing and biotechnology, with her companies Diagnostics for All (DFA), Sonoptix, and i2. Besides entrepreneurship, she actively promotes science education in the Middle East, especially for girls, and has been appointed UNESCO Goodwill Ambassador for her work.

Dr. Sindi was the first Saudi woman to be accepted at Cambridge University in the field of biotechnology, and the first woman from any of the Arab States of the Persian Gulf to complete a PhD in the field. She was ranked by Arabian Business as the 19th most influential Arab in the world and the ninth most influential Arab woman. In 2018, she was listed as one of BBC's 100 Women.