Video one Part one Race and the Hereford Mappa Mundi

One of the key aims of my project was to raise public awareness of the significance of medieval racial studies in the modern day. Therefore during my research project, I set out conducting interviews with leading medievalists and have amalgamated my findings in two key videos.
Eva Macdonald
Student, Durham University
Follow

Constructed from a crucible of expulsion, exploration, and intellectual innovation, the Hereford Mappa Mundi is a prime example of the many wonders of the medieval world. Centred on Jerusalem and overlooked by an omnipresent Christ, it provides a glimpse into a particular 13th century world view conveyed through the manipulation of proximity and iconography. The map itself falls into the genre of Mappamundi, translated as 'cloth of the world', and as the largest surviving world map, the Hereford map occupies a unique position in medieval cartography.

My project focused on the portrayal of race in the Hereford Mappa Mundi through an exploration of both embodied and bodily representations of race. Indeed, the map raises multiple questions regarding medieval attitudes towards the wider world and also significantly links to pivotal modern day debates on how historians should approach the study of race in the medieval period and beyond.

Hello! I'm Eva, an history undergraduate from Durham University. My interests lie in uncovering often overlooked narratives within minority histories. My research project will focus on medieval race theories through the lens of the Hereford World Map. 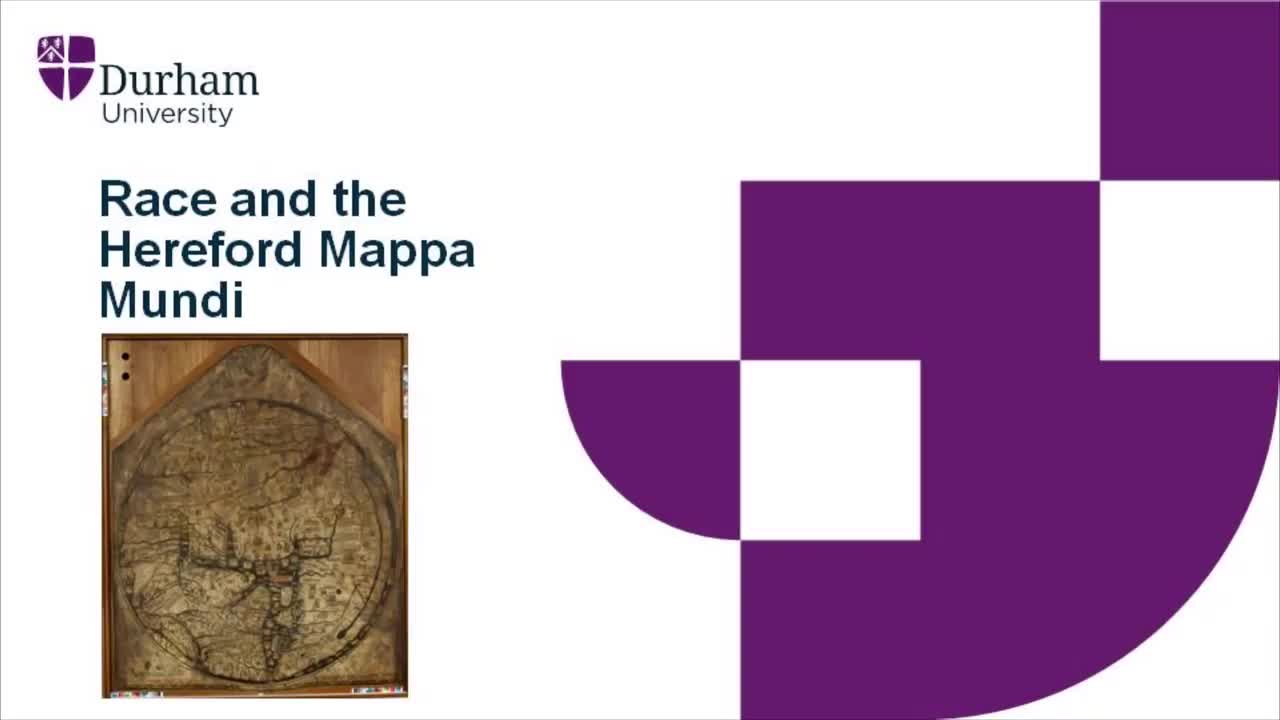 Video one Part one Race and the Hereford Mappa Mundi

One of the key aims of my project was to raise public awareness of the significance of medieval racial studies in the modern day. Therefore during my research project, I set out conducting interviews with leading medievalists and have amalgamated my findings in two key videos.