I have long been captivated by questions of how marginalized populations access justice, so for my research project, I decided to use Delhi as a case study to explore the experiences of urban dalit (low-caste, or otherwise ‘downtrodden’) women in India. Though the Indian constitution provides for the equality of all people, it lives alongside a social system that perpetuates a hierarchical understanding of worth as determined by Hindu understandings of purity. For low caste-women this results in a double marginalization, for they suffer the ramifications of being women in a patriarchal society, and the ramifications of belonging to a lower caste. As such, they would greatly benefit from reliable access to justice, and yet, are often the ones who are denied it the most. Much of the existing research on the experiences of dalit women has focused on rural contexts, because of the underlying understanding that it is in these contexts where caste-ism is most prevalent; however, in recent years, there has been a large migration from rural India to urban centres. As a result, I wanted to investigate whether urban dalit women were experiencing the same challenges in a city like New Delhi, as they were in rural parts of India.

Initially my plan for the first summer was to interview dalit women themselves, to learn about their subjective experiences while navigating the justice system; unfortunately, due to factors largely outside my control, that plan needed to be rescheduled for next summer. I did however, get the opportunity to talk to many experts in the field — ranging from scholars, to lawyers, to activists, to publishers — to begin to understand some of the macro-forces that may contextualize dalit women’s subjective experiences.

In this process, I discovered a couple of notable things: for one, I was surprised to find that there were few non-governmental organizations working in the rights of urban dalit women. If they were working primarily with dalit women, it was more likely that these organizations operated out of rural areas around New Delhi, and if they were working in New Delhi itself, it was less likely their focus was on dalit women. Initially I questioned whether this was because urban dalit women didn’t face the same challenges as rural dalit women, but upon further research, I discovered that when women move to urban centres, they are less likely to form solidarity networks, making it harder to service them and educate them about their legal rights.

Another thing I realized was that my identity as a researcher could not be separated from my identity outside the context of the research project. When I entered spaces, I was not only perceived as a researcher, but also as upper-caste, upper-class, and an expatriate.These perceptions frame the conversations I engage in, and influence how people interact with me; though I can’t change these aspects of myself, I think for the next trip, I’m going to work to be more cognizant of these identities (particularly because they aren’t necessarily part of how I view my own identity).

The third thing that struck me about this visit, are all the things I wouldn’t have known or realized, had I not traveled to India to conduct this project. There were things I could only glean from interviewing experts who work in the field, and others that I could take note of, because they were a part of the environment I immersed myself in. As an example of the latter, I was able to start to gauge why this issue didn’t appear to be very salient — it was either because people didn’t recognize that this problem still existed, or they were of the belief that caste boundaries should be maintained.

All in all, it was an insightful first visit. I’m hoping that my next trip to India will start to fill in this contextual understanding with the subjective experiences of dalit victim-survivors, in order to better understand how they navigate (or are prevented from navigating) the justice system, and what, if any, changes can be made to help ameliorate that experience. 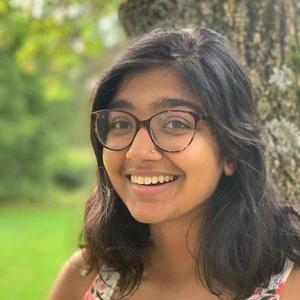 Hi! I'm a third year undergraduate student at the University of Toronto, doing a double major in Global Health, and Peace, Conflict and Justice studies. Research or career-wise, I'm really interested in improving access to justice for marginalized communities, and thinking about ways in which we can re-conceptualize justice to better suit the needs of these communities. I'm also passionate about women's rights and creating spaces that simultaneously recognize the struggles many women go through, but also highlight their ability to effect change in dynamic ways! It's what inspired me to create this podcast, where I interview women involved in law and activism - if you're interested, you can check out our website here: https://www.waforchange.org/ !
Follow

Andrew Singleton
Laidlaw Scholars Network
We use cookies to help improve your experience. By continuing to browse our website you are consenting to our use of cookies.
Learn more