Molecular details of interaction between cohesin and DNA

I was working on cohesin, a multiprotein complex involved in holding sister chromatids together during cell division.

More recently, cohesin was shown to organise bulk chromatin via an active process of loop extrusion. I aimed to elucidate how cohesin performs these functions on the molecular level.  Overall, I observed that cohesin exists largely in either a straight, rod-shaped form or in a bent-shaped form. This suggests that bending at a highly conserved region is responsible for cohesin’s ability to translocate along the DNA.

I used biochemical and cell biology techniques to investigate one of the components of cohesin, namely Scc3, in more detail. I discovered that this protein associates directly with the DNA, and that mutating this DNA binding activity compromises loading of the cohesin on the chromosomes. However, while Scc3 association with chromatin was reduced significantly, cohesin itself could still move away from the loading sites. This indicates that cohesin does not need Scc3 itself for movement. My project was useful for the laboratory and for the field, resolving some standing questions regarding cohesin’s mechanism of function.

I found the leadership training to be one of the most useful elements of the programme. I learned a lot of new information. Doing a science degree, management and soft skills are never taught. Having different, well-organised information and perspectives on human relationships was enlightening. The seminars were addressed key problems that group leaders encounter daily, making them very useful for my future career. Having a certificate will be useful to enhance my CV as group leaders in science are rarely formally taught management.

I greatly enjoyed my placement. I learned a lot of new techniques and was taught different experimental approaches and designs. I am sure these will be invaluable for my PhD which started in October. I also made a lot of new friends and future colleagues. I am sure the new connections I made will last a lifetime.

Having finished my degree before starting the project I could enjoy a stress-free summer. I could focus fully on work in the lab and the assignments. I very much enjoyed this freedom and pure research. It further confirmed my desire to continue research, and now I am confident I chose the right career path.

The Laidlaw Scholarship at the University of Leeds
Video
Scholars' Stories

The Laidlaw Scholarship at the University of Leeds 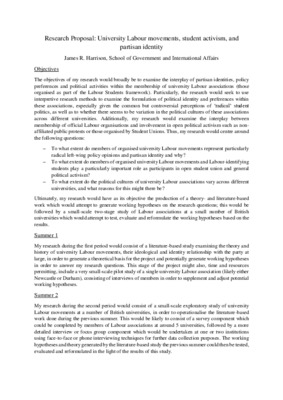 Celine Simone
Laidlaw Scholars Network
We use cookies to help improve your experience. By continuing to browse our website you are consenting to our use of cookies.
Learn more