To everyone that I met this summer, this blog post is dedicated to you: the memories we created together, the food we shared, the lengthy Spotify playlist we built, the long rides on the bass-boosted shaky van we endured, and the late night conversations we exchanged on the rooftop of Hotel MX Roma.
Zachary Ferretti
Laidlaw Scholar, Tufts University
Follow
Like Be the first to like this
0

I rarely post on the Laidlaw Network. I think that's quite evident through the absence of content on my page. However, if there was anything that would make me revisit the Laidlaw Network and even begin to craft a post it would be the experience I had this past summer in Mexico City. For me, this was a summer of firsts; a summer of overcoming fears, a summer of new experiences, and a summer of taking the largest of steps outside my comfort zone.

My trip to Mexico City was the first time that I traveled internationally solo. Evidently so, the night before I set off for the airport, I was incredibly nervous and honestly—quite terrified. I kept replaying the worst scenarios in my head: I would miss my connecting flight, my passport would somehow get lost in the airport, or I would inevitably encounter problems at customs. Two flights later, I arrived in Mexico City and upon arriving at the airport, I was greeted by a driver whose name I wish I could remember. During our brief twenty-minute ride through Mexico City, he treated me (a complete strange) with such kindness. He was the first of many to welcome me with brazos abiertos and this pleasant, yet short interaction we shared was one that I still remember to this day.

Once we arrived at the lodging, I immediately collapsed from exhaustion and enjoyed a much needed sleep. I woke up the next morning and was treated to the arrival of my roommate: Aly, a fellow scholar from the University of Toronto. We spent the rest of the day exploring the historic district of Mexico City with a few other scholars, where I had my first taste of agua de jamaica and met this group of people who would soon become my life-long friends.

The next day was our first at Público—a co-working space that we used throughout the summer. I was incredibly lucky to be partnered with Saskia, a scholar from the University of Durham, for our project. Together, we worked with BikeRecycling; an organization that uses sustainable bamboo bicycles, in place of Mexico City’s carbon-emitting and inefficient waste disposal services, to collect waste from homes and restaurants across the city. It was so inspiring to meet with Jesús, one of BikeRecycling’s founders, and to help him grow this organization. Alongside several other scholars, we organized a Fiesta de Sostenibilidad with carnival games that were made completely out of recycled material to engage urban youth with recycling and its importance.

The weeks I spent in Mexico City went by faster than the blink of an eye. Some of the most formative experiences I’ve had occurred there; exploring the canals of Xochimilco, crawling underneath a tunnel outside the pyramids of Teotihuacan, fantasizing amidst the balcony of Chapultepec Castle, and having the immense privilege to participate in a traditional temazcal ceremony with Don German and his family. Not to mention, the food—tacos, quesadillas, churros, and chapulines—was an incredible experience, in itself. I was even more lucky to be able to spend my 21st Birthday in Mexico City, surrounded by my fellow scholars and team members who surprised me with a delicious cake.

For me, this was such a special experience. I am incredibly grateful to the Laidlaw Foundation and the Laidlaw team at Tufts—Andrew, Dawn, and Diana—for even giving me this opportunity. However, I could not fully reflect upon my time in Mexico City without giving the biggest applause, gratitude, and words of thanks to Ailed, Brenda, and Davizz. In such a short period of time, you three have left such a profound impact on my life and I sincerely hope that one day our paths will cross again (...and of course, thank you for helping fuel my Rosalía obsession).

To everyone that I met this summer, this Laidlaw Network post is dedicated to you: the memories we created together, the food we shared, the lengthy Spotify playlist we built, the professional work we undertook, the long rides on the bass-boosted shaky van we endured, and the late night conversations we exchanged on the rooftop of MX Roma.

P.S. Another highlight from this experience was being reconnected with Saskia for the Laidlaw National Conference in October and winning 1st Place for the presentation we gave on our work this summer!

Zachary Ferretti (He/Him)
Laidlaw Scholar, Tufts University
Follow
Hi all, my name is Zachary Ferretti! I am a senior at Tufts University, pursuing a major in Political Science as well as a double minor in Economics and Urban Studies. My research takes a sorely needed look at the 1,4 dioxane water crisis on Long Island, New York. I am excited to meet everyone and build strong connections across the Laidlaw Network! 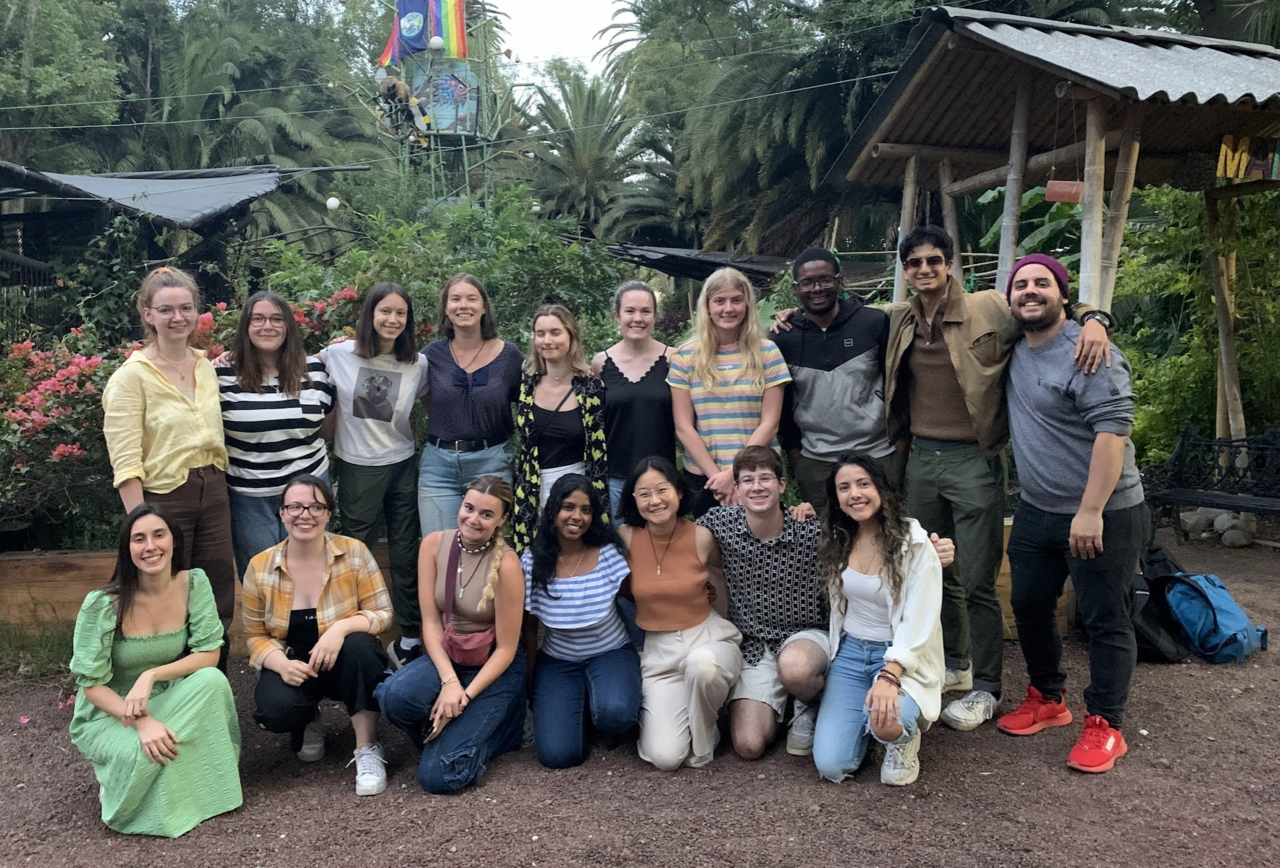 To everyone that I met this summer, this blog post is dedicated to you: the memories we created together, the food we shared, the lengthy Spotify playlist we built, the long rides on the bass-boosted shaky van we endured, and the late night conversations we exchanged on the rooftop of Hotel MX Roma.