My original research topic was centered around the concept of the “White Savior Complex” in Evangelical missionary communities in Uganda, juxtaposed with the activities of a group of social workers based in Kampala called “No White Saviors” who have created an online platform to “call out” the missionary and voluntourist sectors for engaging in harmful behavior in Uganda and other African countries. For the first few weeks of my research, I experimented with an online ethnographic engagement with the No White Saviors community on their platforms on Instagram and Twitter. In exploring NoWhiteSaviors online presence, mission statements and methodologies, I have been able to locate an interesting engagement with positionality and reflexivity (a key component of research conducted in social anthropology).

In a general sense, the way in which one engages with the NWS community and the mission driving it depends on a person’s race and the level of privilege afforded to them as a result of their race. This accounts for not only institutionalized white supremacy, but also acknowledges the existence of anti-Black racism and colorism in other communities of color. The platform’s promotion of this structure is a reflection of the way in which white saviorism and white supremacy are prevalent in all manners of life, even in activist spaces where white people with “good intentions” often feel entitled to show up and center themselves and their experiences in discussions on racism, which further marginalizes the voices of Black people and POC.

Despite what its name might suggest, the platform exists primarily not as a means to call out so-called “white saviors” (although they do this quite often), but principally seeks to amplify Black voices in Africa and throughout the diaspora, to “[reveal] African people as the heroes of [their] own stories” (nowhitesaviors.org). In this sense, the platform welcomes engagement from Black people around the world and acts as a safe space in which they may seek to uplift each other and promote the work of Black and African social workers and activists working in their own communities, as well as share their negative experiences with racism and the white savior complex.

For white people, it is often noted that their role in following or engaging with the NWS community id primarily to listen to the experiences of BIPOC [Black, Indigenous, People of Color] when they are freely offered (not demanded or expected), accept criticism, and commit to engaging with anti-racist work on an individual level.

My online ethnography often simply required me to scour comment sections on No White Saviors Instagram pages to locate instances in which people abide by or violate this reflexive engagement. One example includes a white person in the comment section asking BIPOC to share their experiences with racism directly with her, and when she is called out for demanding emotional labor from individuals despite having access to a wealth of information online, she grows defensive and dismissive.

Other instances involve No White Saviors providing spaces for Black people to share their emotional grief over repeated and seemingly unending deaths of Black Americans at the hands of the police, curating spaces where Black people share experiences with racism at work, hosting polls specifically targeting Black people to inquire as to whether they are comfortable with white people holding up Black Power fists at Black Lives Matter protests, etc.

In this respect, No White Saviors has also engaged extensively with what they deem “fake allyship”, namely performative activism which signals a person’s support for Black Lives Matter and other anti-racist movements despite engaging in acts that perpetuate harm towards Black people. No White Saviors has been active in “calling out” several prominent Evangelical missionaries who despite professing a love for Africa and African people, have remained largely silent on issues affecting Black people in their home countries (most often the United States). One such instance concerns Katie Davis Majors (an American missionary and author of the memoir Kisses from Katie which describes her experiences opening Amazima Ministries in Jinja, Uganda at 18 years old), who despite participating on #BlackOutTuesday in support of Black Lives Matter, has thus far refused to testify against her friend and fellow missionary Renee Bach (who is currently accused of being responsible for the deaths of over 100 Ugandan children at her unlicensed medical center Serving His Children. Bach is charged with responsibility in their deaths in that she repeatedly performed medical procedures despite having no practical medical training).

Juxtaposed with this ethnographic account, I have engaged with various case studies of harmful behaviors by missionaries and academic journals which describe the histories of Evangelical missionary work and race relations within the American Evangelical community.

Surprisingly, very few academic sources engage directly with the White Savior Complex. I did manage to find several film studies analysis which deal with it, considering that the White Savior trope is well established in Western films (for example, “The Help”, “The Blind Side”, “To Kill a Mockingbird”).

To complete my research, I am hoping to conduct a few interviews with students who have previously been on mission trips or voluntourist experiences. 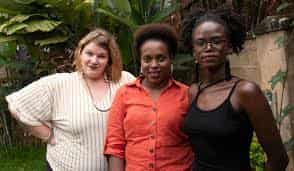 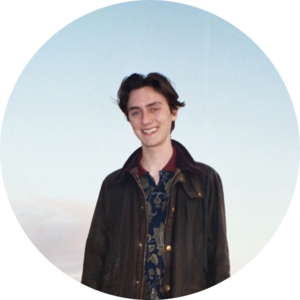 I'm originally from Boston, Massachusetts and currently studying International Relations and Social Anthropology at the University of St Andrews. My current project is entitled: "Evangelicalism and the White Savior Complex: How religious worldviews promote rituals of 'voluntourism' in Uganda", and is being conducted under the supervision of Dr. Stan Frankland in the School of Philosophical, Anthropological and Film Studies at St Andrews.
Follow