Paulo Freire (1921 - 1997) was a Brazilian educator and philosopher who worked to eradicate illiteracy and improve the living conditions of oppressed people.

Inspired by his time teaching literacy in Brazilian communities, he developed an interactive method of teaching based on students contributing and questioning the teacher. In 1963 he was appointed director of the Brazilian National Literacy Program, but he was jailed following a military coup in 1964. He went into exile, returning in 1979 to help found the Workers Party, where he supervised its adult literacy project from 1980-1986.

His seminal work, Pedagogy of the Oppressed (1970), is generally considered one of the foundational texts of the critical pedagogy movement, which argues that issues of social justice and democracy are closely linked to acts of teaching and learning. His literacy methods have been adopted throughout the developing world.

👁️ Thích Nhât Hanh: “You can evaluate the quality of your authority by looking deeply to see if compassion is the foundation of your leadership.”

🎯 John Lewis: “Never, ever be afraid to make some noise and get in good trouble, necessary trouble.” 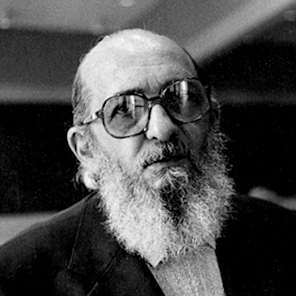