I. M. Pei (1917 - 2019) was a Chinese-born American architect noted for his large, elegantly designed urban buildings and complexes.

Born in Guangzhou and raised in Shanghai, Pei  moved to the United States in 1935 and enrolled in the University of Pennsylvania's architecture school and quickly transferred to the Massachusetts Institute of Technology. After graduating, he joined the Harvard Graduate School of Design (GSD) and worked for New York City real estate magnate William Zeckendorf for seven years before establishing an independent design firm in 1955.

Pei's early major projects include the Mesa Laboratory at the National Center for Atmospheric Research in Colorado, John F. Kennedy Library in Massachusetts, Dallas City Hall, the East Building of the National Gallery of Art.  In the early 1980s, Pei completed his most famous and controversial project: the glass-and-steel pyramid for the Louvre in Paris. He later designed the Morton H. Meyerson Symphony Center in Dallas, the Miho Museum in Japan, and the chapel of the junior and high school: MIHO Institute of Aesthetics, the Suzhou Museum in Suzhou, Museum of Islamic Art in Qatar, and the Grand Duke Jean Museum of Modern Art, in Luxembourg.

Pei's accolades include the AIA Gold Medal in 1979, the first Praemium Imperiale for Architecture in 1989, and the Lifetime Achievement Award from the Cooper-Hewitt, National Design Museum, in 2003. In 1983, he won the Pritzker Prize, which is sometimes referred to as the Nobel Prize of architecture.

🌱 Christian Dior: “By being natural and sincere, one often can create revolutions without having sought them.”

⚔️ Virgil Abloh: “When you’re lucky enough to get a ride to the penthouse, it’s your duty to send the elevator back down.” 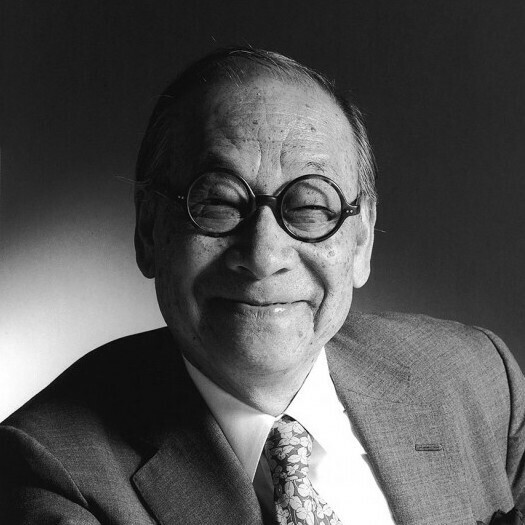