My Interview with Sir Roderic Lyne on Leadership

Here’s my interview with Sir Roderic Lyne, a former British Ambassador to Russia and Foreign Affairs Advisor to the Prime Minister. Roderic shares insights from his experience leading large organisations in the Civil Service and beyond.

Research title: To what extent has British Membership of the EU impacted Britain’s ability to act as a sovereign state in matters of foreign and defence policy.

My research project, although historical in nature, is relevant to contemporary British foreign policy decisions, including those decisions being made during the current Ukraine crisis. It speaks directly to contemporary debates about the limits of British soft and hard power in a post-Brexit era. By seeking to establish an accurate historical summation of the ways in which membership of the EU helped and perhaps hindered British foreign policy pursuits, my research provides a reasonable foundation for assessments of the opportunities available to policymakers in 2022 and beyond. In this way, my research seeks to inform the debate so that better foreign policy decisions can be made, decisions based on a realistic assessment of the UK’s strengths in foreign policy.

I recently presented my research at the International Conference of Undergraduate Research (ICUR) and the Leeds Undergraduate Research Experience (UGRE). I have also presented my research to my mentor, Sir Roderic Lyne, a former British Ambassador to Russia and former Foreign Affairs Advisor to the Prime Minister who helped me edit the work further. Finally, I will develop parts of this research in my Master’s thesis. This Master’s will be policy-focused and will aim to influence British foreign policy towards Russia and the post-Soviet space.

I came to my research in quite an unconventional way. I studied the natural sciences and technical subjects at school and although my grades were okay, I never really had a passion for any subject. I was completely disillusioned with academic subjects and wanted to just get on with my career, so when I left sixth form I enrolled in a practical degree course with a well-paid career lined up at the end. Once at University, I found how wrong I had been. I learned the hard way that you have to have a passion for what you do, otherwise you will never excel at it.

So I left my practical degree course in the first semester and I only returned to education a year and a half later. In that time, I worked, travelled and read very widely; I set up a small business and read everything from Economics to Ancient Mythology. I became most interested by Ancient History and Philosophy, and applied to study it at Leeds. For me, this process of self-orientation was critical. It ensured that going to study at Leeds was a conscious decision of my own, rather than just the next stop on the ‘conveyor belt’ after Sixth Form. Going to study Ancient History and Philosophy was a leap into the unknown; I had never studied either of those subjects at school. I remember getting my first assessment grades back from Leeds: “Finally, I’m good at something!” I thought.

My interest in Ancient History and Philosophy quickly evolved into a passion for International Relations as I found that I was most interested by the aspects of both my subjects which dealt with the interactions of states, including the ethics of interstate relations. The Laidlaw Scholarship turbo-charged my inquiry into these subjects by allowing me to explore a topic which I felt was connected to every aspect of contemporary British foreign policy, namely, the impact of EU membership.

In my second summer of research, the Foundation generously funded my research trips to leading policy institutes in London. One day, I was sat in the library at Chatham House on the day of the Annual General Meeting. Due to COVID, they had asked all members to attend the AGM online, with only the speakers attending in person. This meant that there were a few spaces left in the meeting, so I was tapped on the shoulder by the Librarian and invited into the meeting in person. I felt a little out of my depth sitting there with such senior diplomats and policy professionals, but I plucked up the courage to ask a question and afterwards, I had the opportunity to network with some of the Directors and staff. For me, it was such a memorable moment because I felt that I was getting first-hand experience of the policy community, and that experience has further encouraged me to aim for a career in International Relations.

In my Final Year, I helped launch the Laidlaw Scholarship Society at Leeds University. The pandemic has meant that the Scholars of our 2020 and 2021 cohorts had much fewer chances to network with each other, so we set up the society to help Scholars at Leeds connect with each other in an informal environment. In this, my biggest challenge has been simply balancing the running of the society with my other commitments, including my degree, my mentoring, my Master’s applications, and rowing. However, the pressure of these commitments has forced me to become a lot more time-efficient. I know that these skills will stand me in good stead for my Master’s degree and my career beyond, so I am glad that I have pushed myself to develop them sooner rather than later.

Being a Laidlaw Scholar is a huge privilege, and it is not an exaggeration to say that the Scholarship has been life-changing for me. The opportunity to pursue my own research and immerse myself in the foreign policy community has been essential to the formulation of my own medium and long-term plans. The leadership training has given me the skills to take the knowledge I have gained and apply it to the real world.

For me, the snowball effect of the Scholarship has been at least as important as the programme itself. The evidence I can now provide of leadership training, commitment to my subject and research ability has been the decisive factor in my success in subsequent applications. When I started the scholarship I could not have foreseen the opportunities which have led me to this point. Yet the Laidlaw Scholarship has always provided the guidance, training, and funds so that I could make the most of the opportunities available to me.

Given the current low-ebb of political leadership, it may surprise some to find that I have chosen two politicians. But, I promise, they do qualify as inspirational leaders; one is no longer a politician and the other might not have existed at all! The first is Rory Stewart, a former Secretary of State for  International Development, and the second is Cincinnatus, a semi-mythical Roman statesman who held office in the mid-5th century BC.

Rory Stewart inspires me by acting with integrity, even when it would be easier to bend the truth and score political points. Rather than simplifying an issue down so that its difficult aspects are omitted, Rory prefers to deal with an issue in its full complexity, being honest with his audience about the caveats of each possible solution. Additionally, Rory’s breadth of experience as a diplomat, author, and academic means that he brings a policy-focussed approach to his work.

Cincinnatus inspires me because he exemplifies one very important virtue: the reluctant rise to power (born out of a sense of duty) and the willingness to relinquish power as soon as that duty has been fulfilled. Cincinnatus worked on a farm until war broke out against Rome and he was persuaded to assume near-absolute power. 16 days later, the war was won and Cincinnatus returned to his plough, relinquishing all power.

Because so much of what the foreign policy profession strives to create is merely the absence of conflict and poverty, it is useful to take an example of the consequences of foreign policy failure before articulating what success would look like.

As I write this, the Russian full-scale invasion of Ukraine has been ongoing for weeks. The war is inflicting dreadful suffering on the people of Ukraine and as each day goes by the violence increases. Nothing that the West has done can justify what the Putin regime continue to do to innocent civilians, but mistakes were made.

With this in mind, the future I am striving to create is one in which no one has to live under the terror of bombardment and invasion. Of particular concern are those countries who find themselves in the neighbourhood of Russia and China and whose economic and military inferiority make them an easy target. 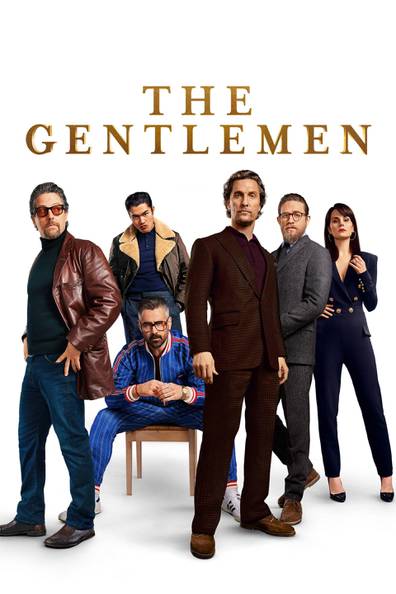 📚 My top book recommendation: Endurance - true story and a great book for learning about leadership. 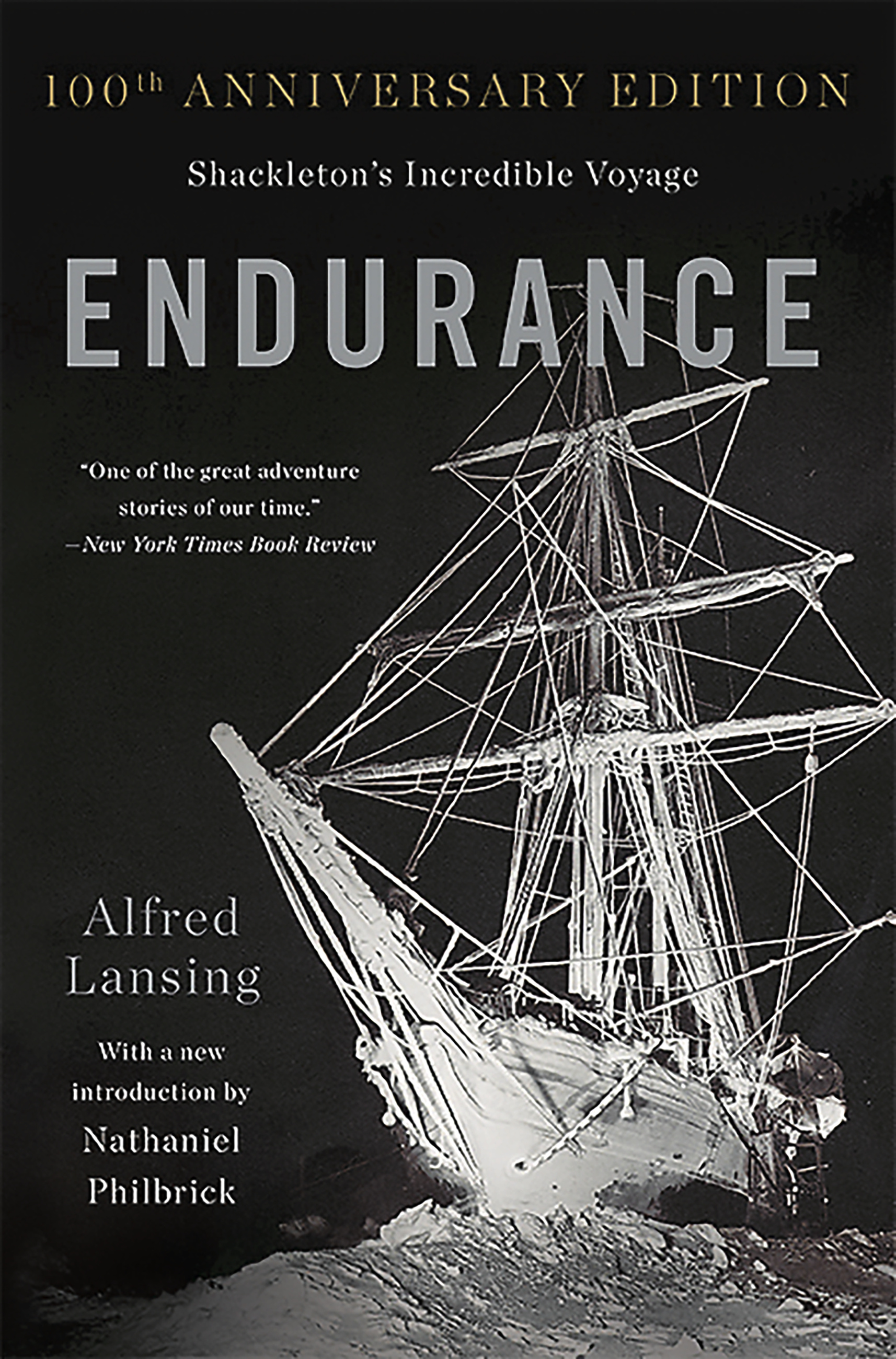 🎧 Podcast obsession: Off Menu with Ed Gamble and James Acaster

🌈 Something that made me feel joy recently: A friend of mine made me a Biscoff cheesecake. Yes, it was as good as it sounds.

❤️ A cause I care about: If you are interested in learning about leadership or are interested in a career in the civil service or politics, check out my interview with Sir Roderic Lyne, a former British Ambassador to Russia and Foreign Affairs Advisor to the Prime Minister.

You can find Nathaniel on LinkedIn. Nathaniel is a Laidlaw Undergraduate Leadership and Research Scholar at the University of Leeds. Become a Laidlaw Scholar to conduct a research project of your choice, develop your leadership skills, and join a global community of changemakers from world-leading universities. 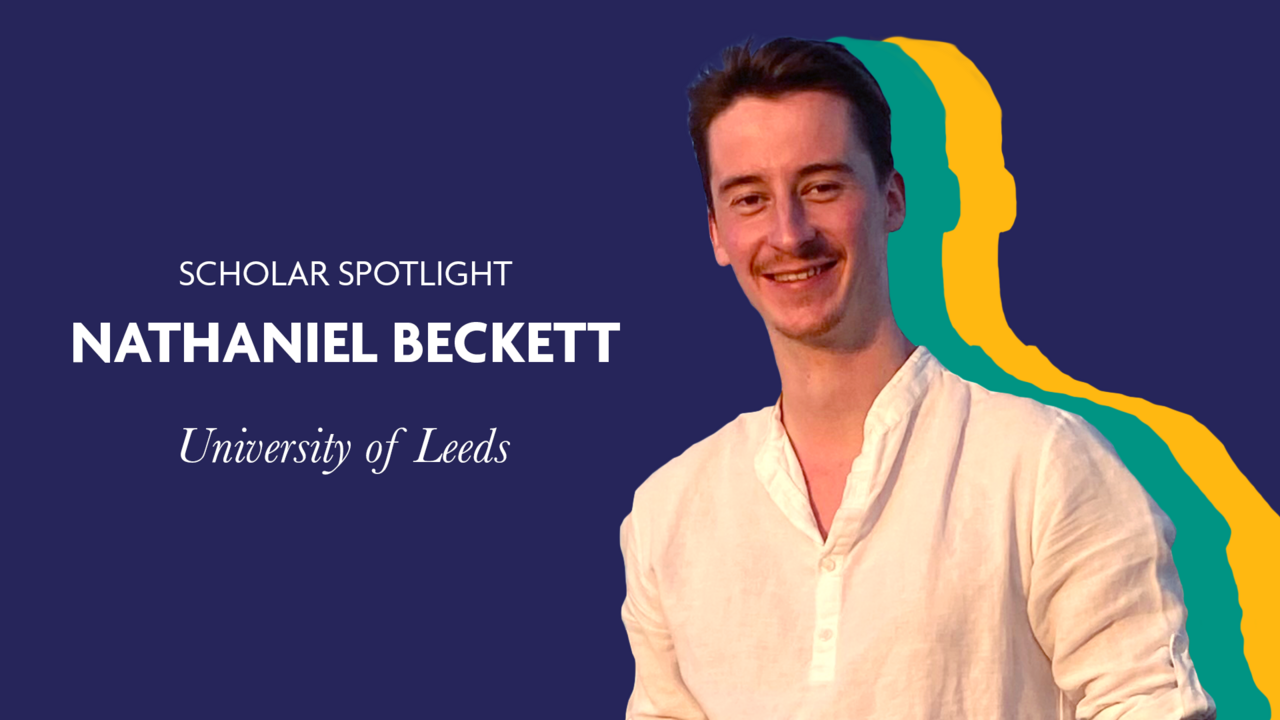