Revisiting the Rectifier - A Modern Approach to Electricity Supply

My research this summer was involved with designing a more efficient rectifier to increase the efficiency of electricity conversion which can help tackle the issue of wasted energy.
Mihai Mesteru
Electronic Engineering Student, Trinity College Dublin
Follow
Like Be the first to like this
0

Over the summer, I had the pleasure in carrying out research on my proposal ‘Revisiting the Rectifier – A Modern Approach to Electricity Supply’. In a nutshell, my research was concerned with finding how the conversion process from alternating current (AC) to direct current (DC) can be made more efficient as there are currently a lot of losses associated with the conversion. This research project was deeply engaging and was honoured to have the opportunity to carry out the research.

You’re probably asking “What is the point in this?” and “How does this impact me?”

What is the point in this?

Being able to use AC allows for a minimisation of the current by increasing the voltage. This is very easily done with AC using a transformer. Thus, very high voltages are transmitted on power lines (up to 50kV) to allow for as little  power losses as possible.

This alternating current, when supplied to a home, poses an issue for all appliances. Appliances cannot use this current due to the fluctuation in current and thus not constant supply of energy. In other words, your electronic device would turn on and off multiple times a second. We want a constant source to power our devices, as shown below:

Luckily, every single device that draws power from mains (power sockets) has circuitry to convert this AC to DC – a device called a rectifier. This allows us to get constant power, like the image above illustrates. Everything is good… but not really. Only 81.2% of the alternating current that comes through the mains is converted to useful energy. The rest is lost.

How does this impact me?

Even though electricity is lost in the conversion process – it is still supplied to your house. This means that you still must pay for it, and with the steep increase in electricity prices is very inconvenient. You are paying for nothing! Even if just an additional 1% of this wasted energy can be used, an average household can save around €12.74 -19.87 (based on a monthly cost of the cheapest and most expensive provider) per year. Although this is marginal for a household, when scaled to the region of North Dublin, this leads to a saving of €998,701 - 1,557,629 per year, money which could be invested in other efforts.

My research was concerned with designing a more efficient rectification circuit. Most of the research was an intense (and monotonous) process of thinking of different designs and testing how different components behaved in a rectification circuit. Initially, I believed this could be done with passive circuit elements (meaning components that do not draw power such as resistors and capacitors), however I quickly realised that there was not much room for improvement using only these components.

After thinking about different approaches, and talking to my supervisor, I realised that this was possible with something much better – MOSFETs, which are a much better, much more efficient transistor.

The problem with using MOSFETs, or indeed any transistor, is that they are active devices – meaning they require power to function. By this definition, you are also wasting power having these in any circuit.

However, after a lot of research a lot of design iterations (almost giving up), and a lot of calcuation, I managed to bias (configure my circuit in a specific way) my circuit in such a way to ensure that no additional power sources will need to be used to power these devices. The MOSFETs will only be powered by the power in the circuit – meaning a fraction of the final output will be used in the powering of these devices. The final efficiency of the circuit reaches around 93% which is a significant improvement compared to the standard today.

This new efficiency is a theoretical one. Unfortunately, the specific MOSFET I used in the design is quite difficult to come by. As such, only preliminary tests were carried out, which did yield some desirable results, but ultimately not what I wanted. However, my final design was verified with my supervisor, which did validate that it was more efficient.

In future, I would like to secure the correct components (which are costly) to be able to fully test this in a real-world scenario. I’m confident that with more testing, this rectification circuit could be used in conventional circuits to reduce wasted energy and to drive down the cost of electricity.

LIA Showcase - A Summer with the Timothy Smith Network 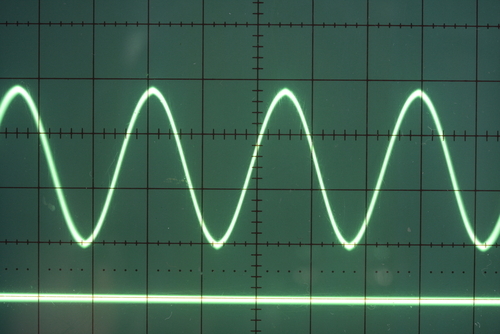 Revisiting the Rectifier - A Modern Approach to Electricity Supply

My research this summer was involved with designing a more efficient rectifier to increase the efficiency of electricity conversion which can help tackle the issue of wasted energy.