The topic that has got the world talking. Boris Johnson announced yesterday that facial coverings will become mandatory in shops, fueling the cacophony of opinions already circulating social media and daily conversation. Who, if anyone, is right?

[please note: SARS-CoV-2 - a coronavirus strain that gives rise to the disease COVID-19. COVID-19: full name is coronavirus disease 2019. Infectious respiratory-centered disease as a result of infection with SARS-CoV-2.]

Masks: the topic that has got the world talking. With Boris Johnson announcing yesterday [Monday 13th July 2020] that facial coverings will become mandatory in shops, social media and daily conversation has become a cacophony of opinions on whether this decision is justified. What types of mask are available, how have different countries enforced their use and most importantly, how have they potentially impacted infection rates?

There is not just one type of mask. N95 respirators are composed of a complex network of thin fibres filtering environmental particles both large and small. Medical masks are composed of nonwoven fabric and externally regulated to ensure protection against solely large particles. A global shortage of both due to the COVID-19 pandemic means staff on the front line must be prioritised.

Public opinion on whether you should use a cloth mask - unregulated and often homemade from spare fabric - as an alternative to N95 respirators and medical masks varies by country depending on history of face coverings and state policy. Comparing the wildly different approaches of South Korea and the United States of America demonstrates how important government intervention can be in minimising virus spread.

South Korea is considered a collectivistic society: the wellbeing of the population as a whole is prioritised over individual wellbeing. Wearing masks in South Korea and other Asian countries is ingrained into the culture, whether out of respect when sick or simply to hide a blemish. One explanation for this phenomenon is provided by Rian Sinha, senior research fellow at the University of Hong Kong.

“It was largely the shock of SARS [another respiratory coronavirus strain spreading between 2002 and 2004] that shaped this local etiquette. Although the younger generation do not remember SARS, their parents and grandparents did experience the fear and uncertainty of a novel infectious disease, and the loss of daily normality.”

Although only three South Korean people became infected by SARS, neighbouring China was struck with over 5000 cases and 349 deaths. As a result, South Korea had direct experience of national quarantine measures. People’s body temperatures were measured upon arrival to the country and a system was built to immediately transport those suspected to be infected with SARS-CoV into isolation.

When COVID-19 struck South Korea, the public took the viral threat seriously. A rush to stock up on masks resulted in shortages of stock, with pharmacists receiving hurls of abuse and prices of masks online skyrocketing. The government took action.

In early March, the Korean government seized control of the sale of masks, banning exports and setting a mandatory price. Everyone could buy two masks per week on a particular weekday, assigned according to their year of birth. Anyone could purchase a mask on a weekend. A website detailing the stock of masks in every pharmacy became freely available.

Mask usage in South Korea became all the more commonplace. “If you don’t wear one, people give you weird looks”, one Seoul resident told Asian Boss. When questioned on why they were wearing masks or how masks could aid in prevention of spread, most citizens formulated a solid argument in their defence.

In stark contrast to South Korea, the United States of America has taken a casual approach to mandating mask usage.

Mask usage in the United States

The United States was slow to formulate a response on masks. Despite the first coronavirus case being reported in the same month as South Korea, the United States took more than a month longer to offer some sort of official guidance. The government’s public health institute recommended that people wear cloth face masks when social distancing would be difficult. A video featuring Dr Jerome Adams, surgeon general, was released demonstrating how to make a face mask out of a household item like a t-shirt.

The same day, President Trump undermined this guidance in the daily coronavirus task force briefing. “You don’t have to do it. I’m choosing not to.. I just don’t want to wear one myself”. “[I’m] feeling good” he cited in his defence, suggesting masks are unnecessary for the asymptomatic.

Exacerbating the confusion, Vice President Mike Pence was photographed without a face mask in a blood and plasma donation clinic, despite everyone else wearing one. The centre’s website clearly states all patients and visitors must wear masks. When reporters questioned his choice, Pence argued he is “tested for the coronavirus on a regular basis”. Such public displays of defiance by politicians give the impression that policies are ambiguous and unnecessary.

The United States had previous experience of the original SARS, just as South Korea did. Increased distance from the epicentre of the outbreak, however, created a rhetoric of ‘their problem, not ours’. Mask wearing culture is far from common in the States. But why?

In some cultures, individuals wearing facial and bodily coverings are associated with threatening behaviour. This creates a public reluctance to follow mask policy. Aaron Thomas, a black man living in Ohio, wrote an article for The Guardian expressing his fear of being mistaken for an armed robber if he visits a shop wearing a bandanna. A bill proposed in the state of Georgia (later withdrawn) in the wake of the European ‘burqa bans’ suggested banning coverings that mask a person’s identity.

Only half of Americans report use of face coverings, far from the virtually ubiquitous use throughout South Korea. Many factors contribute to the United States having roughly fifty times more deaths per million from COVID-19 than that of South Korea. By no means can we conclude lack of mask usage is the sole reason. However, if people don’t trust the government on mask policy, they may be less likely to follow other, more impactful advice such as working from home and remaining 3ft apart.

Government figures of various countries have cited ‘following the science’ as a defence for their strategies. As we have demonstrated, approaches have varied wildly. Is there a lack of consensus amongst scientists on masks, leading to such differences? Here is a brief overview of the current research.

One study demonstrated that homemade masks - four layers of kitchen paper and one layer of cloth - were not as effective as medical masks at preventing airborne virus spread. Homemade masks still blocked 95% of particles; even just one virus particle may be sufficient to result in infection with a coronavirus. For the conclusion that can be drawn from one study, another provides a defence for the contrary.

Whether COVID-19 patients wore a mask or not, there was no significant difference in the amount of virus found on a petri dish they coughed on. This doesn’t mean masks are completely ineffective. Transmission at short range is not representative of real life: how many situations in daily life do you come within centimeters of the face of a stranger? Facemasks may shorten distance of transmission.

Estimates of people with COVID-19 being unaware of their infection range between 25-80%. Therefore, we cannot rely on symptoms as a definitive diagnosis. This raises the question of whether masks should be used universally. Asking everyone to wear masks comes with its own risks as incorrect use may increase risk of infection.

What can we learn from the mask debate?

Scientific backing to support mask use was not available before the COVID-19 pandemic struck. What can we learn about government response in a situation where there is a lack of sufficient evidence?

South Korea’s testing system undoubtedly made a huge difference to its death count: as of mid-May, the South Korea deaths per million stood at 5.03, compared to Italy of a similar population size of 51 deaths per million. Debate on whether masks contributed to reduced spread of infection is ongoing. What is clear, however, is that the fast and consistent government approach instilled a sense of trust in the South Korean population. The latest presidential election on 15th April 2020 saw the highest turnout in almost thirty years, with president Moon Jae-In being re-elected with a landslide victory. South Korean government figures were unanimous; American leaders were not.

Could it be that taking one particular standpoint and sticking by it could reduce the spread of a virus more than communicating the ‘latest science’? Scientific viewpoints shift as our understanding of the world progresses. Building up sufficient evidence for most scientists to be satisfied with a theory can take months, if not years, even with accelerated laboratory research and clinical trials. Perhaps a lesson we can learn from the mask debate is that waiting for ‘the science’ during a global pandemic is not always the correct course of action. Act immediately, save lives. 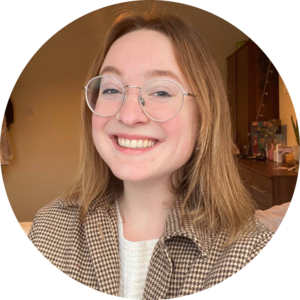 Hello! I am a BSc Neuroscience student at the University of Leeds. I am currently undertaking a placement year in Public Engagement at the ISIS Neutron & Muon Source.
Follow 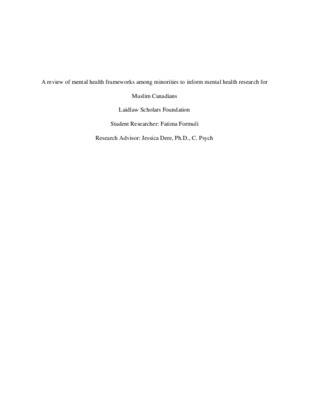