LEADERSHIP POST: Academia – me: why we need to build bridges (an homage to hyphens)

How do we make research accessible and relevant in public discourses? This is how my own journey of understanding my queerness helped me find my way back to my research purposes. And why we need hyphens.
Toni Andres
student, University of St Andrews
Follow
Liked by Robyn Adams

When I first read a poem by the ancient Roman author Catullus – Rome’s smut poet par excellence – I was fascinated by the harshness and celebratory indulgence in the descriptions of love affairs with several different lovers. The variety of genders in this panopticon of recurring and new characters in Catullus’ oeuvre allowed the poetry to flourish in radically queer spaces which was one of the reasons why I became so fascinated by Catullus. For this reason, Catullus became one of the most important figures on my journey of exploring my own queerness especially during the past year of social isolation.

This personal relationship I had with Catullus was the fuel I needed for the long application process for the Laidlaw scholarship. Understanding myself and positioning my own identity in my daily experiences of personhood (which, at this point in the pandemic did not go much beyond talking with my cat and making dinner with flatmates) became intrinsically connected with my academic interests. Reading queer approaches to (Classical) literature gave me the vocabulary as well as the abstract distance from my own experiences to understand and contextualise them.

Queer Catullus – the power of gender impersonation in creative arts was the title I had settled for back in the application process. It had a good ring to it and sounded academic – important. However, on the first day of the research project after several months of coursework and exams, when I wanted to start doing research, I found myself confused about what it actually meant. Re-reading my application, I brainstormed a few approaches. This is what I came up with:

Each of these bullet points could potentially make an entirely separate, gigantic project. The cause of my confusion, however, was the lexical structure of the title: the split into two chunks separated by this hyphen. The two words preceding the hyphen set a satisfyingly snappy tone. Yet, the subsequent eight words were too long to simply illustrate the first part; they introduced entirely new terms. Was this project about a queer reading of Catullus through a lens of gender impersonation? Or was it about the exploration of gender in creative arts through the poetry of Catullus? (What even are the creative arts?) Short: what was the focus – what was head and what was tail? The hyphenated separation proved to be as aesthetically pleasing as intellectually incomprehensible.

So I started small. Very small. I re-read some of the poems that I was particularly interested in with regard to gender constellations – poems that had been meaningful to me when reading them in the first place. I revisited some articles that I had read before and that I knew had been invaluable for the study of gender and sexuality within Classics. I read scholarship around Catullus and familiarised myself with different approaches to his poetry. It was a fight on several fronts of my brain – situated around this cursed hyphen – and I had no idea yet how to organise these thousands of soldiers in one big battle at the end.

The more I read, the more I felt capable of forming ideas and opinions about the scholarship and approaches I read. Discussing questions with my supervisor became increasingly easier the more comfortable I grew with the articles I was reading. Weighing one article against the other, rebutting the other with the one while contrasting them against a third became a whirlwind that absorbed all my initial concerns about how to balance the creative arts and a queer Catullus. Simultaneously however, this whirlwind almost absorbed the hyphen as well. When I brought up to my supervisor how frustrated I was about the dominance of Romantic and Structuralist ideas of a Catullan genius among many Catullan scholars, he suggested creating an open, collaborative art assignment in order to remove my research entirely from academic spheres and to capture the same intuitive, emotional responses that had prompted me to apply for the project in the first place. I was stunned. He was right – I had entirely lost my focus. I had gotten so caught up in interesting, yet insignificant details of Catullan scholarship that I had lost the sense for what this hyphen had actually meant to me: the bridge between academic research and public engagement.

By focusing on the front part of the hyphenated mystery, I had engaged with existing scholarship – a crucial step for my own engagement with academia. However, the tail part of the hyphen – the power of gender impersonation in creative arts – was too long to simply illustrate a queer Catullus. They form an organic, reciprocal relationship in which they disrupt and nurture each other. My research interest had been born in an emotional, personal moment of responding to the poems that I saw my own experiences reflected in. They seemed to carry a something in them – a spark that made the poems applicable and relatable throughout time and place – be that Rome in the 1st century BCE or St Andrews in 2020. I still have no idea what this spark is. But that also does not matter. What matters is that these poems carry incredible potential to serve as safe spaces for explorations and performances of identities.

I had finally found what the research project was about: how do we make Catullus accessible and approachable for people from different educational backgrounds? As I said, however, the relationship between academic research and public engagement is reciprocal – two-directional. This intuitive response is crucial for any academic interest. It is very easy to get your head swept away by the poetic whirlwind of details, and consequently to lose any sense of direction. By embracing my personal, emotional relationship with his poetry (and sharing this by making Catullus more accessible through the art assignment), my academic research also flourished. The hyphen had done successfully its job of bridging the mental gap between academia and public engagement.

This little journey has greatly shown me that it is sometimes an invaluable experience to make a little detour from the path I thought I was taking. I had no epiphany moment of recognising the right track and seeing my destination from the distance. It was a slow process of re-shifting my focus, my sense of direction, my priorities.

By letting myself be influenced by both my academic research interest and my emotional connection with the subject, I believe that I found a good balance between this research and accessibility that will further help me contribute to future discourses sustainably (and to use hyphens).

I am currently in my second year of an undergraduate degree in Classics/Comparative Literature at the University of St Andrews. In my research project Queer Catullus - The Power of Gender Impersonation in Creative Arts, I am particularly interested in how Gender and Feminist Studies can be applied to Classical Studies and transformed into accessible and valuable material for community projects with LGBTQ+ teenagers. Following my previous involvement with a project that looked at the impact that climate change had in the Late Bronze Age, I aim to give my studies an interdisciplinary spin.

If these topics are something you are interested in, I am happy to connect via Social Media to geek out and chat!

POSTER: Exploring the Experiences of Students with Disabilities and Long-Term Health Conditions in their Access to Higher Education in the UK.

Reboot your career: In conversation with EMBA alumnae 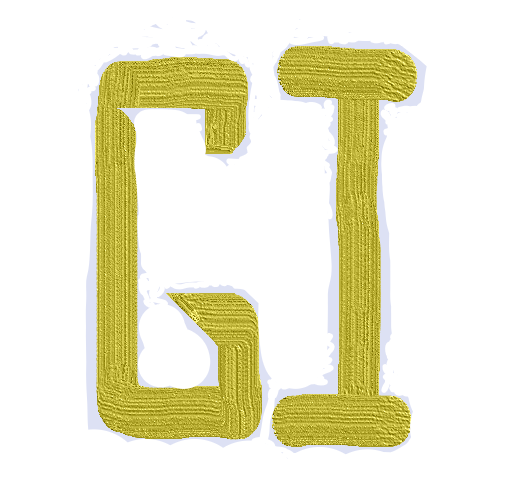 LEADERSHIP POST: Academia – me: why we need to build bridges (an homage to hyphens)

How do we make research accessible and relevant in public discourses? This is how my own journey of understanding my queerness helped me find my way back to my research purposes. And why we need hyphens.