Today would be the 125th birthday of Jean Piaget - the Swiss psychologist famous for his theories on child development.

Piaget was one of the most influential developmental psychologists of the 20th century. His theories continue to have a profound influence on educational practices today, especially that of constructivism. This theory holds that"children construct an understanding of the world around them and that learning happens when they experience discrepancies between what they already know and what they discover within their environment." (Source)

We see Piaget's theories form the basis for practices such as discovery learning, in which children are encouraged to engage with their environment and learn via exploration, often through play. More broadly, Piaget's theories have emphasised active learning that engaging problem-solving skills in students, rather than passive information feeding by teachers.

Piaget placed importance on raising children to become independent, original, and curious thinkers capable of questioning the status quo and discovering new approaches rather than repeating the past. According to Piaget, children needed to become "minds which can be critical, can verify, and not accept everything they are offered."

💪 Marian Wright Edelman: "You’re not obligated to win. You’re obligated to keep trying to do the best you can every day."

👩‍🏫 Ranjitsinh Disale: "Teachers are the real change-makers who are changing the lives of their students with a mixture of chalk and challenges."

🌱 Jaime Escalante: "You do not enter the future. You create the future." 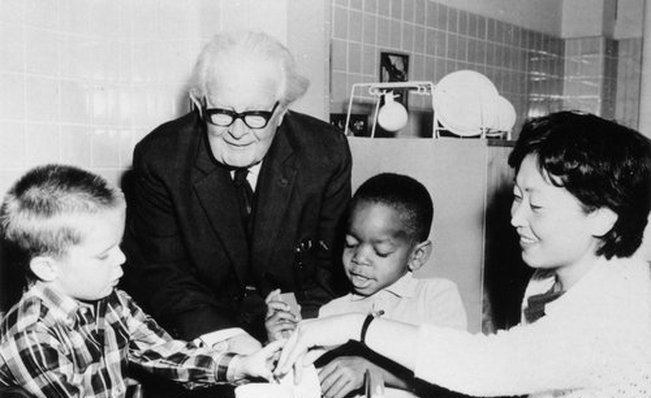