A post explaining my research project, and some reflections on choosing a research topic.
Charlie Norman
Student, St Andrews University
Follow
Like Liked by Nikol Chen and 7 others

When I tell people that my project is “Investigating Regional Identity in Nation Branding and Nation Building in Kyrgyzstan”, they often seem a little bemused. Why those topics? Why Kyrgyzstan? This is understandable; it’s certainly not an “obvious” choice for a research agenda, covering both a region and issues which have received little attention in International Relations, especially not in relation to one another.

So why, then, have I chosen this as the focus of my research project? Well, in truth, I didn’t “choose” it- I realised it. Much like the identities, policies, and regions that my research seeks to investigate, my project has very much been “in flux”. Not only has the title changed many times, but even now, a couple of weeks into my project, it’s still developing in both form and content.

Certainly, when I approached my supervisors a few months ago, I had little background in studying the region and was very unsure what would constitute a relevant/ interesting/ workable topic.  My interest in Central Asia started thanks to a reading group which they ran online during the height of lockdown in 2020, and since then I’ve followed the region with keen interest. When the opportunity to apply for Laidlaw came about, I thought I’d try to take the opportunity to work on a topic relating to the region and so reached out to them. As it happened, not only were they both keen to become involved with the scheme, and happy to co-supervise, but were both also working on topics which interested me- the role of identity and nation-building in IR, and regionalism in Central Asia. Having established that they would co-supervise, my project was born- investigating how their research topics fit together!

One of my first exposures to Central Asian culture was reading Caroline Eden’s account of visiting a bazaar in Bishkek, Kyrgyzstan (see photo). So, I was even more excited when my supervisors suggested that it could provide a fascinating study of how identity and regionalism fit together, displaying many different visions of where the country is, and where it is heading (especially given current affairs). It is a dynamic, accessible, and exciting place to carry out research (which I will be doing in a couple of weeks!).

My project has changed in form and continues to, as I read more and more into these topics. First came the ethical application process- though tedious, it forced me to tease out what I wanted to understand, and why. Then, the research began. There’s a fair amount of theoretical literature (enough to keep me busy for much more than 6 weeks), some on Kyrgyzstan and Central Asia, but very little on how they all fit together. As I find new ways of conceptualising each topic and discover more about the evolution of Kyrgystan’s foreign policy, new ways of ‘piecing together’ all this information also appear. Ways of thinking about how regional imaginaries influence and are influenced by, domestic state identity and foreign policy, and so the kinds of ideas I want to explore in my fieldwork, change.

This is a bit daunting, but it’s also very exciting. My aim with this project isn’t to provide all the answers, but by researching how these dynamics might play out in Kyrgyzstan, what I’m hoping to do is provide a new way of thinking about them. Developing a project like this is a hugely rewarding process, and I hope it might prompt researchers and policymakers to undergo a similar process; exposing themselves to different ways of thinking and different parts of the world, as I’ve been lucky enough to be able to.

Hi Andrew, best of luck with your research - it sounds fascinating! I was born & grew up in Kazakhstan and have visited Kyrgyzstan many times, I am sure that you will love it there :)

Nation Building and Nation Branding on the Streets of Bishkek 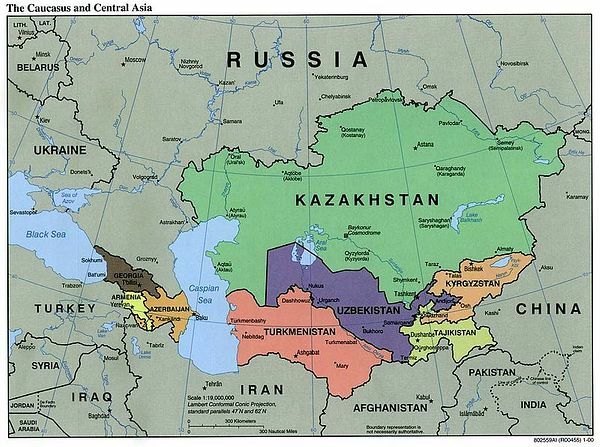 A post explaining my research project, and some reflections on choosing a research topic.