Having recently been to Berlin as part of my research project, I was asked to write about what I did whilst there. However, I realised that this trip was more of a personal experience and so this piece has become, to a greater extent, a private commentary on what I have learnt about myself.
Ariq Islam
Student, Univeristy of Leeds
Follow
Like Liked by Elissa Shing Jade Chung and 2 others
2

With my research project focusing on the relationship between gentrification and the spirit of communities in London - with an interest into the lives of lower-income residents' lifestyles, I was given the opportunity to travel to Berlin for one week in order to compare London to Berlin - both being hubs of culture and victims to gentrification.

When I was originally deciding on a city to compare London to, I struggled. In my head, nothing compared to London - but that was only because I’m London born and raised, and even when I say my city is “modern hell”, only I am allowed to utter those words. My project is on gentrification and so whilst shortlisting comparison cities, I decided to focus on those who have experienced it at a high rate. There were three I was interested in: New York City,Amsterdam, and Berlin.

I was set on focusing on NYC until I – attempting to radiate a Fortnum and Mason essence – sunbathed in St. James Park reading Isherwood’s magnum opus, Goodbye to Berlin. And I was mesmerised. It was better to focus on Berlin – it was the city in Europe experiencing hyper-gentrification. That upset me – not because I felt bad for the Berliners - but because when London does something good, I want it to be the best, and when it does something bad, I want it to be the worst. It is a selfish and stupid desire to have the constant want for my own city to stand out.

I arrived in Berlin with basic knowledge of German (very grateful for Duolingo) and eased into what I assumed was Berlin-living. It was only over my next few days when it hit me: this was not true Berlin-living. I had been walking through tourist sites, such as Checkpoint Charlie and the Topography of Terrors, when I had to swallow the harsh pill. I had crossed into East Berlin and my History A-level finally decided to pay off. I had kept walking and crossed into Kreuzberg; grey buildings, run-down alleys, and an alien cool. It reminded me of Whitechapel when I was younger. But then I noticed it all: overpriced vintage stores; expensive cafés; Prada boots stomping passed a homeless man. It was Shoreditch in a completely different city. And there I was, dressed in all black – the uniform of some of the Berlin youth – blending into the scene of the gentrifying community.

My project’s main focus is on gentrification and its effect on communities, and whilst I’ve always known that communities change constantly, I’ve usually cared about the community that once was. Yet there I was, going places in the evenings and making new friends, all of whom had moved to Berlin and lived in certain areas which I would go on to find out were hotspots of gentrification after a quick Google search. I was contributing to it in another city when I couldn’t bear those who did the same in my own city.

Before I went on this trip, my godfather had told me that Berlin would be an “experience”: I would be young, only nineteen, in a big city all alone for the first time. He was right – I had finally understood what drew everybody into moving to certain areas. The music, the art, the fashion, but mostly the people. It would be cruel to hate this new community: yet some of them were so vicious to the community before them. They priced them out; they took over their shops; they destroyed a community that once was, and watched them leave. I had finally understood why people flocked to places like Hoxton, Whitechapel, and Shoreditch.

Gentrification is caused by many factors, but to me, it sticks out that one is the new wave of youths. They create hubs to be with each other. The key issue is that they don’t integrate their community with the established community; instead, there is this colonial conquering.

Berlin taught me one thing: not to be afraid of new communities. But it also reiterated why I chose to do a self-defined project for my Laidlaw research: I want to know if it is possible to have this new community exist whilst protecting the old community. In the East End – mostly the areas where my project will focus on – the communities currently being displaced are Bangladeshi or other ethnic minorities. And the new community are the art-loving, tech-obsessed generations; from millennials to Gen-Z. As a Bangladeshi, it is only right to want to protect people whose stories I have heard before; but as someone who loves a good gallery exhibition and writing in a café where one cup of coffee is all I can afford – I belong to both communities, and I cannot change that. But I can push for a change in protecting both, but to do that, we need to find a way – whether it be national policies or simply local hubs. And hopefully, by the time the deadline rolls around for reports, I will have that ready.

I shall be forever grateful to the Laidlaw team at Leeds for allowing me to have had this experience. And a huge thank you to Lorna who replied to every one of my emails with all the answers I needed. Also, a quick shout-out to my supervisor Dr Daniel Edmiston who supported my application to go to Berlin!

To end this blog post, I would just like to say that whilst I loved pretending to be a Berliner, nothing will ever trump being a Londoner.

This is my love letter to all communities, old and new,

I am an undergraduate student studying Sociology and International Relations at the University of Leeds.

My work experience is rather varied, having jumped from being an immigration solicitor's assistant, to utilities brokering, to retail, and then marketing. I like to believe I've picked up a few talents from each role!

I'm art-obsessed; whether it is a gallery exhibition for photographs or paintings, to music and films. I also love a good book (they are a piece of art too)!

Gulana Anwar
about 2 months ago

So proud of you!

Ariq Islam
about 2 months ago

Thank you so much!

LIA Showcase - A Summer with the Timothy Smith Network

The Butterfly Effect – How Putting One Date in my Diary Changed my Life Forever.

finally finished my research! what's next? 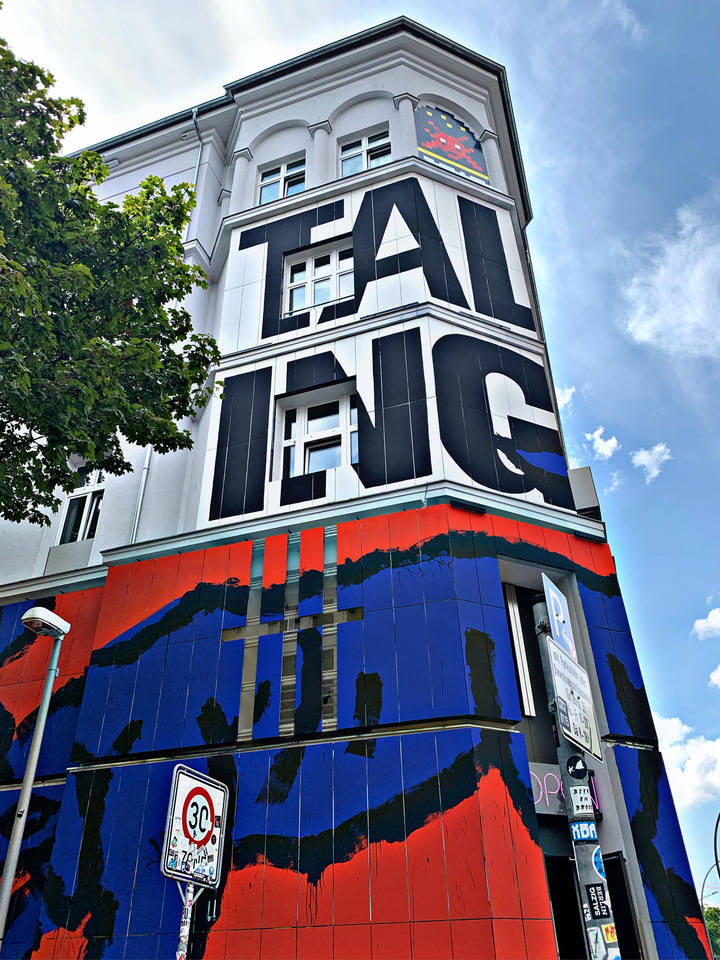 Having recently been to Berlin as part of my research project, I was asked to write about what I did whilst there. However, I realised that this trip was more of a personal experience and so this piece has become, to a greater extent, a private commentary on what I have learnt about myself.