Hello, I am Tiffany Yip, and this is my Laidlaw Scholars project.

Why become a Laidlaw scholar? The frank answer for everyone seems obvious: the program would cement one’s application for flashy postgraduate degrees and high-paying jobs. Yet, this is not MY ambition. Concern for others has driven me to empathize with them. Concern for my society has pushed me to develop new ideas to improve it. Concern for the world has led me to fight for an idea, a research proposal that I know will work.

I, Tiffany, am someone who could genuinely be called a complete mess just one year ago. A messy breakup, issues with friends and perpetuating negative thoughts. Like every other teenage overthinker, I dealt with my issues maladaptively, changing aspects of myself in response to situations and pondering what kind of a person I should be. Losing some friends led me to believe that the way to make up for it was to become “a better person” and help others. While aiming to become “a better person” could be called self-improvement, this was rather unhealthy for me as I despised myself for doing the tiniest things that were out of line. There were times I chose to completely ignore my issues and there were times where I would keep forcing myself to change for the better. In university, I was lucky enough to have had the motivation to seek therapy, but new problems arose (e.g. the toxic relationship I was in). Undergoing CBT allowed me to see a more realistic side of things to replace my beliefs, but often, my automatic thoughts still pop up. It was because I still somewhat believed in the maladaptive core belief. It was a long and enduring process to slowly change my mindset, and it was quite traumatizing when I found out that my original beliefs were true. However, something I got from the process was the line of questioning used by my therapist. I started thinking in a healthier direction, understanding the reasons why I felt like this or behaved like this in a certain situation, which led me to ultimately understand that the reason behind a lot of my issues was low self-worth. Understanding myself and being meta-cognitive proved to be the most helpful way in dealing with all my issues and I observed a similarity in all the “core issues” or reasons why I acted a certain way. They were all tied to my basic human psychological needs. Knowing this helped me solve all my issues, especially emotional, that plagued me since a young age. And I guess the surprising part is that this epiphany only happened two months before I was accepted into the Laidlaw Program.

I immediately saw the potential of this meta-cognitive approach in solving personal issues. We always say how we need to identify the root cause in problems and address it, and it is the same in psychotherapies. The root cause of a behavior or reaction is tied to the pattern of thinking and the need it fulfills, but humans are often blind to this cognitive process. If we knew why we acted this way and the root cause of our issues, we would be able to truly solve a problem by finding a healthier approach. In these two months, I have been developing this theory non-stop by using it on myself and testing it on friends. However, its effectiveness still cannot be truly proven until empirical research is done. The Laidlaw scholars program gives me just the platform to share this idea of mine and test it out to ultimately advance the psychotherapeutic process. When given something good, it is important to share it with others. With this structured approach to an improved CBT, this therapeutic method could benefit not only myself, but millions more. While I understand that using such a novel idea in undergraduate research might be filled with limitations, I knew I had to at least try. I strongly believe in the potential of this method and hope that with research to back it up and further modifications, others could see it too.

I chose to study psychology because I was interested in many aspects of why humans acted a certain way. I am passionate about my chosen field and plan on pursuing further research to understand the human mind more. To be frank, there were a lot of given projects in this program that intrigued me, for instance, childhood trauma and psychosis that I would love to pursue in the future. However, right now, I am adamant on pushing for the development of this improved CBT for I am certain of its potential. Therefore, if my idea were not accepted now, I know that I will make it my life’s goal to keep developing it and encouraging research on it in the future. And were I lucky enough to make this therapeutic approach legitimate, I would not stop exploring the millions of unknown theories that await me in the field of psychology. 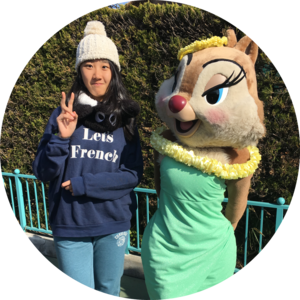