The 21st Century Opera House: Dissemination of Opera in the Internet Age

The way in which people interact with arts and culture is rapidly changing. The basis of our cultural experiences, from music to museums, is modified by augmented reality, streaming, and open-source models, permanently altering the consumption of culture. This phenomenon has extended to opera. In response to a steadily declining audience base (in the case of the Metropolitan Opera, attendance has declined from 93% of capacity in 1996 to 66% in 2016), companies have turned to digital outlets to disseminate the genre. While traditional viewership models are lagging, technology springs a promising source of new audience and revenue. Cinema livecasts have attracted an audience of 24 million across 2,000 theatres, creating profit while diversifying the audience base at an affordable ticket price. As evidenced by Metropolitan Opera simulcasts, arts organizations worldwide have opportunities for impact using digital technologies, media, and online streaming platforms.

Through the Laidlaw Scholars Programme, I have been researching the global implications of the digitalization of the opera house and its effect on viewer demographics. The research explores the diversification of the audience base, with a focus on young patrons and those who have been excluded from participating in opera as a result of financial, systemic, linguistic, and sensorial barriers. This project contributes towards an ongoing effort to ensure the longevity of opera in the 21st century. So far, it has been made apparent that the digitalization of opera increases accessibility to productions, facilitates modern direction and technological innovation, and publicizes more contemporary works, including those by female and minority composers.

This past summer, I researched through my home institution (University of Toronto). Important sources that have informed and provided important context for my research include works published by LaPlaca Cohen, notably their “Culture Track 2017” study, the Wallace Foundation, and OPERA America. Through qualitative and quantitative data, from conference presentations to raw attendance data, I have been able to analyze patterns in opera attendance and explore the experiences of opera spectators. It has been especially important to research barriers to attending opera and to find out why people are not attending. An interesting link that can be attributed to declining opera attendance is an expanding definition for ‘cultural activities’. No longer is opera only competing with ballet, theatre, art museums and similar institutions for their patrons’ time, but young audiences now consider going to restaurants, cooking classes, watching movies, and spending time at outdoor festivals to be cultural activities.

Knowing this will continue to inform my research. Next summer, I hope to travel to Austria, to the Institute for Cultural Management and Gender Studies at the University of Music and Performing Arts, Vienna, the Bregenz Festival, and the Salzburg Festival, to explore possibilities for digital opera initiatives that are successful at attracting young audiences to the opera, despite the serious, and ever evolving, competition for their time! 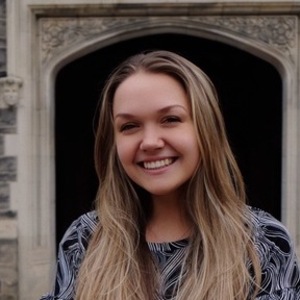 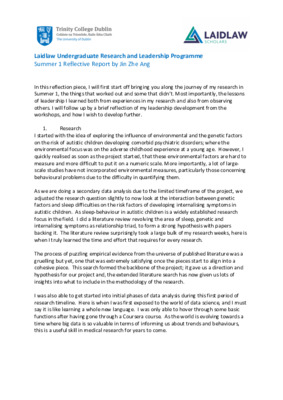 Jin Zhe Ang
Laidlaw Scholars Network
We use cookies to help improve your experience. By continuing to browse our website you are consenting to our use of cookies.
Learn more