I expected to be challenged on the Laidlaw Scholarship. I expected to be pushed to be able to do something that I hadn’t previously done before, to be able to experience what it’s like in academia, to develop skills for working with other academics and collaborating on an individual project.

I have been challenged, very much so. But in a very good way. In a way which allowed me to develop useful skills, transferable skills, in a way that enabled me to understand what it was that I wanted to do in the future. These challenges that I faced are things that enabled me to develop and I think that’s really what the scholarship was all about: attempting to allow the Scholars to develop and to move towards their futures.

The most useful thing about the leadership aspect of the scholarship was understanding what it is to be a leader, and developing the skills you need in order to achieve that. Going into it I thought the idea of a leader might be somebody who stands at the front and gives orders, and takes control. But that’s not necessarily the case, that’s what we discovered. It’s also working with other people. It’s knowing how to make people work to their strengths, how to get good work out of a team. Developing that knowledge in the first place was very useful and then developing the skills to actually do those things, that was something I particularly valued.

My project was drawing on a collection of different academic fields I’d previously studied. It was about maths and computer science, and also music - it was about developing a new means of composing music using computers. I worked with an academic supervisor to produce a piece of software which was capable of allowing people to compose music in a new way, using a theory from mathematics called dynamical systems theory. The idea was that a human composer would be able to produce new automatically generated musical ideas from one starter idea by using this piece of software. Having previously studied music, and then moving onto maths and computer science, it’s often been the case that people say “there’s a lot of maths in music"! There’s a lot of patterns and structures. But previously I’d never had the opportunity to explore what that really means. So this project was about bringing those things together, seeing where the links are and if we can actually use the technical subjects of maths and computer science to do something interesting in an artistic field.

There were quite a lot of transferable skills learnt at the research project, particularly around things you hear a lot like time management and working with others, but the ways in which these were done in the project was particularly useful. Not only just the practice of doing these things but exactly how we go about them. There was a particularly useful idea called Agile organisation. It’s a way of organising projects where you don’t have a structured plan, necessarily for the long term, but rather you make the plan as you go along, you adapt, and are flexible and agile. This way of organising things is transferable to a broad range of different projects. It’s something I found very useful about my experience.

Networking has been a big part of this project, a big part of the programme in general, on various different levels. There’s the network of other Laidlaw Scholars, which has been both a professional and a social network. Professional because we may end up working together in the future, and social because we’ve all been on the leadership programmes and worked together on that. There’s also the network developed during the project itself. I was working with academics from the computer science department here and various other students on different Scholarships with whom we were collaborating. Building that interdisciplinary network was a particularly good outcome of the project for me. 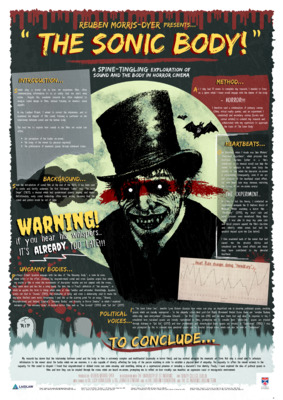 Emma Porter
Laidlaw Scholars Network
We use cookies to help improve your experience. By continuing to browse our website you are consenting to our use of cookies.
Learn more