I spent my 2021 summer working as an intern with Residence Lab at the Pao Arts Center!

“This year, we have been reminded of the importance of care. Mutual aid, community support networks, and redistribution systems have helped our most vulnerable neighbors weather this pandemic. Recent events have taught us that what we need in times of disaster are existing networks of care. Together Chinatown residents and artists explored, 'How do we care for and attend to our communities? How can we facilitate more caring relationships between people and public spaces? How can public spaces in Chinatown make residents feel more seen, included, and safe?'"
-- Pao Arts Center, 2021

This summer, I had the honor of working as a Residence Lab intern at Pao Arts Center for the 2021 summer. I worked primarily as a language interpreter and helped support the artist-resident teams in their journey to co-create three temporary art installations in Boston Chinatown's Mary Soo Hoo Park, near the gateway arch.

The history of this program in Boston Chinatown is truly special. Established in 2017, the Pao Arts Center is Chinatown's first cultural arts center, located along the Greenway on Parcel 24, where working-class Chinese immigrant residents' homes, public libraries, and community centers were whole-sale demolished in order to construct a highway ramp during the 1960s. More than half a century later, Chinatown struggles with rising rents, air pollution, and an increasingly marginalized participation in Boston's urban culture. Thus, Pao Arts Center locates its mission in the stakes of "place-keeping," in reclaiming Chinatown's cultural presence against intensified gentrification and incursions by private land developers. Two years later after Pao's founding, the Residence Lab was then established in collaboration with the Asian Community Development Corporation (ACDC), where Boston-based artists and Chinatown residents come together to foster and strengthen the Chinatown community by activating underutilized public spaces.

Amdist the ongoing Covid-19 pandemic, I was lucky to be able to participate in ResLab's third iteration of re-imagining collective care in Chinatown, where for the first time, the installations created by Chinatown residents and artists would take place in a more public setting, in Mary Soo Hoo Park with collaboration with the Greenway Conservancy. From the end of May to August, I worked under the leadership of three artist-resident teams from the ground up, and I documented their journey up until the opening of the installations. It was through this project and working with these teams, I also developed confidence in asserting my own Chinese identity and relationship to art; although I came into the program claiming myself to have no artistic background and only acting as a language mediator, I quickly learned by just participating in the program, the lines between creative, proefssional, and experential "expertise" blurred and became insignificant as our commitments to building Chinatown community developed clarity. We were all co-creators, artists, and experts in building these artworks; I was humbled by the conversations we had together, and the ways we challenged ourselves to think beyond the boundaries siloing ourselves from one another, whether they be generational, cultural, or geographic. 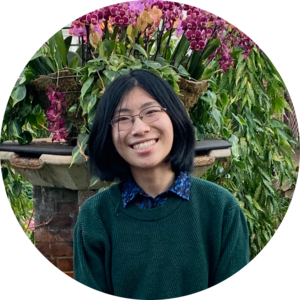 This sounds like a beautiful experience, I'm looking forward to my own leadership in action this summer!