I have recently chanced upon this article, which discusses the recent measure of installing noise meters in void decks (a common space on the ground floor for residents in Singapore's high-rise apartments), in an attempt to reduce noise levels. The noise meter has three light indicators: green, amber and red - A green light indicates a noise level equivalent to a quiet office; an amber indicator is shown when noise levels fall between 55 - 65 decibels (the equivalent of laughter or piano playing); a red indicator flashes when noise levels exceed 65 decibels.

While these noise meters are merely deterrents and not enforceable, an interviewee within the article suggested for CCTVs to accompany these noise meters for identifying "culprits" that generate too much noise. Looking at this article, it made me wonder if such measures would have made sense in the past, where congregations at void decks and informal activities (such as playing sports) were a more common sight and when noise generated from social functions was probably better tolerated. In today's context, noise generated in certain sociocultural functions (such as Malay weddings commonly organised in void decks, supposedly to invite greater participation from the residents; Getai (traditional music performances during the Hungry Ghost Festival); and Chinese funerals) are seemingly better tolerated. This possibly relates to the multicultural landscape of Singapore, where complaints about such functions automatically paints an individual as being "racist" (e.g. the Amy Cheong Saga). Negative sentiments, if any, are therefore suppressed. Noise generated by informal functions (such as sports and chitchat-induced laughter) however, are seemingly less tolerated today. This installation of noise meters seems to agree with this sentiment, by imposing an unofficial regulatory noise limit of 65 decibels (or that of laughter).

With this informal regulation in place, I am reminded of Pomeroy's (2011) article which argues that increasingly explicit rules pertaining to the appropriation of common spaces "create a sterility of spaces, or in extreme cases the contesting of the space between resident (subservient) and municipality (dominant)." This leads to "ambivalence and dis-ownership of their assumed territory" (Pomeroy, 2011). Ooi & Tan (2004) also suggest that "overtly programmed spaces that corresponded to particular socio-cultural functions tended to be the least occupied". In view of common spaces where noise is better tolerated primarily for sociocultural functions and less so for informal functions, it can be suggested that such sentiments gradually effect a decline in the utilisation of void decks - this prompts residents to explore common spaces beyond their residential estates or experience a decline in social cohesiveness, in the absence of shared spaces to promote inter-resident interactions.

Back to Research
Next 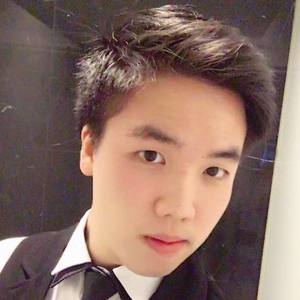 I am currently reading English Linguistics in the National University of Singapore (NUS), with broader interests extending out of my academic discipline. Primarily, I am interested in the development of social cohesion within a rapidly urbanising Singapore society.
Follow 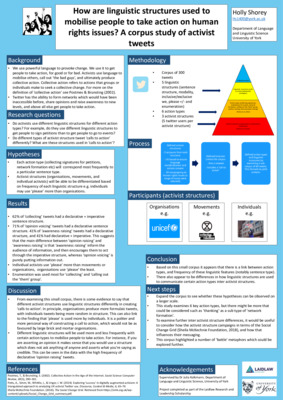 How are linguistic structures used to mobilise people to take action on human rights issues? A corpus study of activist tweets.

Congratulations on this honor Amel!

Diana J Capone
Laidlaw Scholars Network
We use cookies to help improve your experience. By continuing to browse our website you are consenting to our use of cookies.
Learn more